Dr. Jennifer Womack said they're expecting a lot of people will get tested so that they can spend the holidays with their families. 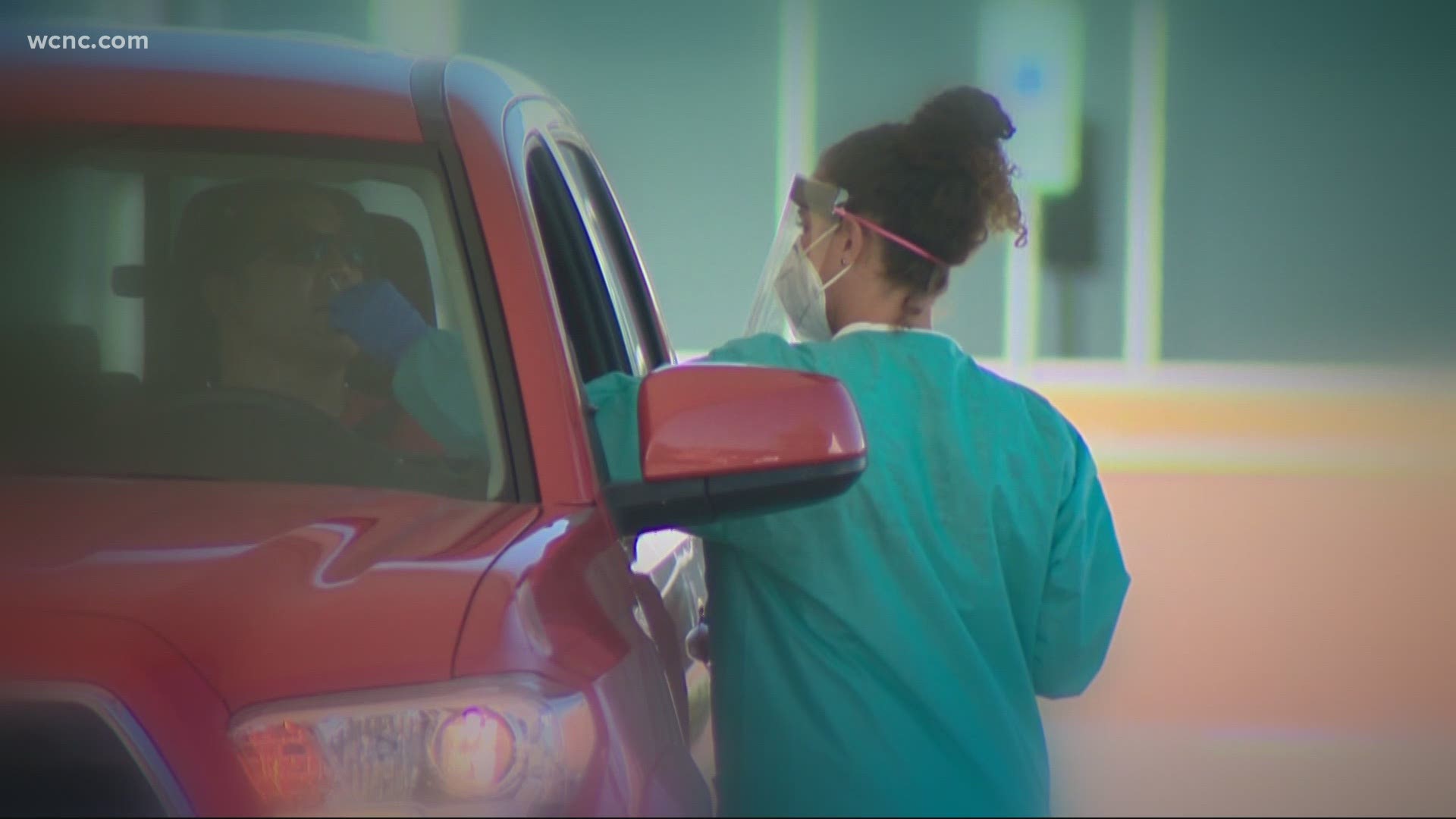 CHARLOTTE, N.C. — A Charlotte doctor in charge of one of the main coronavirus testing centers in the area said they could soon be overwhelmed as the number of cases continues to go up.

But doctors also say they have a new weapon in the fight to control the coronavirus in the Charlotte area.

Dr. Jennifer Womack said they're starting to see more people with COVID-19-like symptoms coming to get tested, and more people are testing positive.

"The last two weeks things have really been increasing quite a bit," Dr. Womack said.

Womack helps run one of the largest COVID-19 testing sites in Charlotte for Tryon Medical Partners. One day last week, she said the number of percent positives reached 20%.

"What does that tell you? It's spreading rapidly through our community," she said.

Countywide, the percent positive is staying steady at 7.5%. But that number has also been steadily going up in recent weeks.

"It’s a little disappointing," Dr. Womack said. "We worked so hard and did so good over the summer, broke that first wave, and calmed everything down."

Dr. Womack said she is worried that it’s only going to get worse. According to a recent survey from The Ohio State University Wexner Medical Center, two in five people are said to be heading to a Thanksgiving gathering with 10 or more people.

"We're pretty concerned between Thanksgiving and Christmas," she said. "I think we're gonna be totally overwhelmed here at this clinic."

In preparation, officials said they have started using rapid tests as well as the kind that is sent away to a lab.

She said this new rapid test, just released last month, is said to be just as effective as the lab tests. Officials said rapid COVID-19 tests help in slowing the spread because the sooner people know they’re sick, the sooner they can self-isolate and stop the spread.

"I hope everyone will understand this is not going away and even though we’ve heard this wonderful news about the vaccine we still have to buckle down for the holidays," Dr. Womack said.

She said they’re also expecting a lot of people will get tested so that they can spend the holidays with their families.

But Dr. Womack stressed that getting tested is not a sure thing, as it can take up to 14 days to show symptoms. The only safe way to see your family is to do a strict quarantine for 14 days beforehand.