Some are calling on governments to use emergency funds for COVID-19 relief. As the county took an initial step, the mayor stressed financial responsibility. 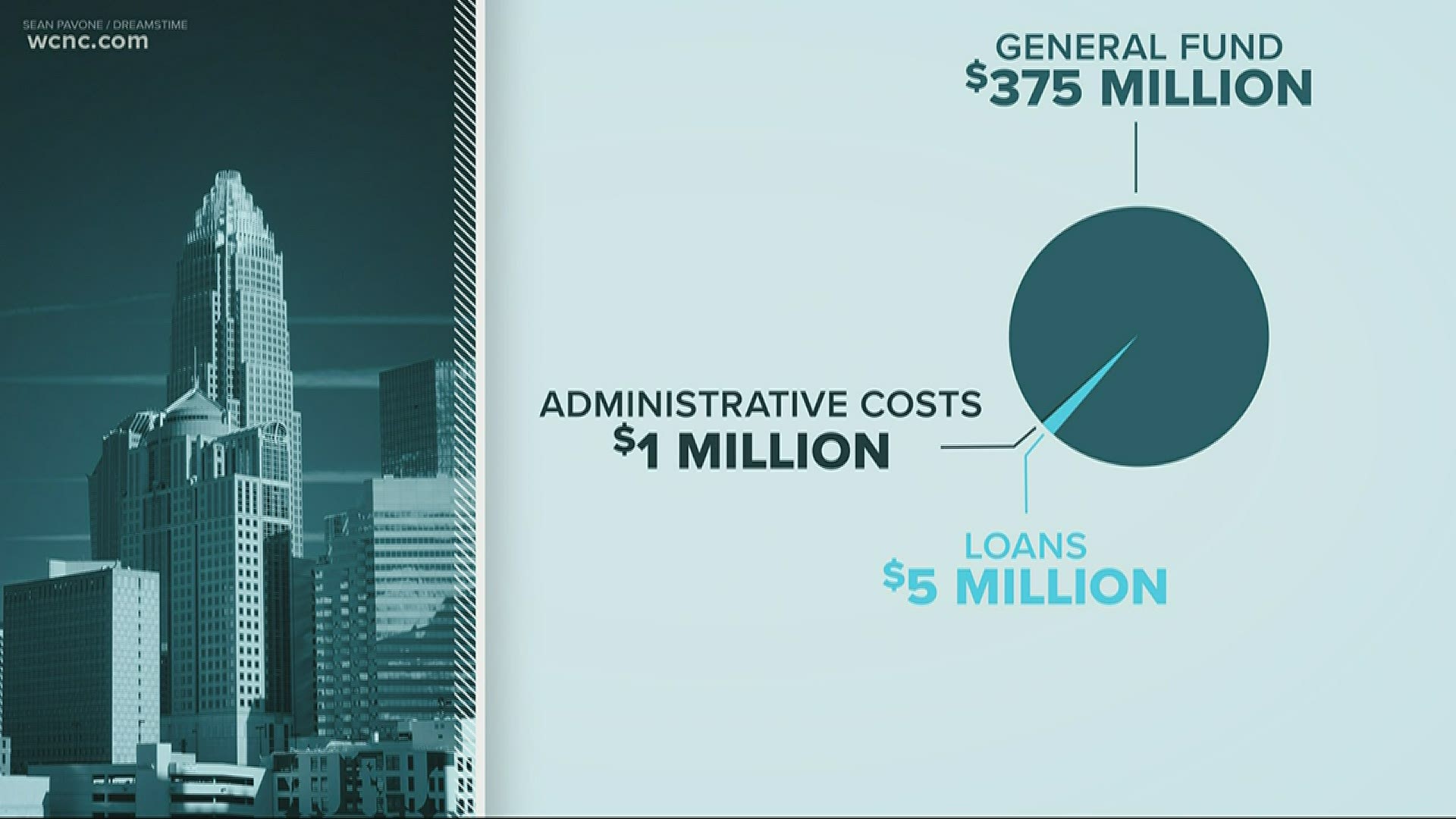 “This is just initial funding to get us through the next month when we get through the outbreak,” Commissioner Susan Harden said. ”We’ve been so focused on saving lives honestly, that we’ve got to  play catch up on the economic relief piece of this.”

“If this isn’t a rainy day, I don’t know what is,” she said. “It’s critical that people know that when we set aside these reserves, that we’re going to use them when we need them.”

The City of Charlotte, meanwhile, has $116 million in its rainy day fund. Mayor Vi Lyles said the money is meant to provide eight weeks of emergency cash flow.

For now, the mayor said the city is looking at every other option, including the “generous” community, before turning to its rainy day fund.

“We want to address the community needs and I think we want to do it in a responsible financial way at the same time,” the mayor said.

In Baltimore, the president of the city council requested Baltimore spend $25 million of its more than $100 million rainy day fund for reducing homelessness, establishing a loan fund for businesses, workforce development and non-profits and cultural institution.

The city and county are using existing dollars to help, donating $1 million apiece to a coronavirus relief fund.

With so many people suffering financially, Mary Kelly with Equitable Communities CLT said they need to do more, especially with emergency funds available.

“They need a bridge today,” she said. “They don’t need it tomorrow or six weeks from now. They need it today because they don’t have any income coming in. Can we identify a number and then define goods and services that we can give to the working people that are living paycheck to paycheck?”

“It’s already raining, so the question is how do we relook at our budget, allocate some of it and then also use our rainy day fund, not only for today but planning for six to eight months out,” Kelly said. “You have to look at six months from now, because those same people may not be working as many hours. … We need to be able to create emergency creative solutions to help plan for that level of disaster that’s coming towards us like a freight train.”

VERIFY: Why the CDC, WHO previously said they did not recommend homemade masks