2020 was supposed to be the 20th anniversary of Charlotte Pride. Coronavirus canceled the celebration.

It's the largest parade and festival in Charlotte that draws in close to 200,000 visitors a year, along with millions of dollars for the City of Charlotte. 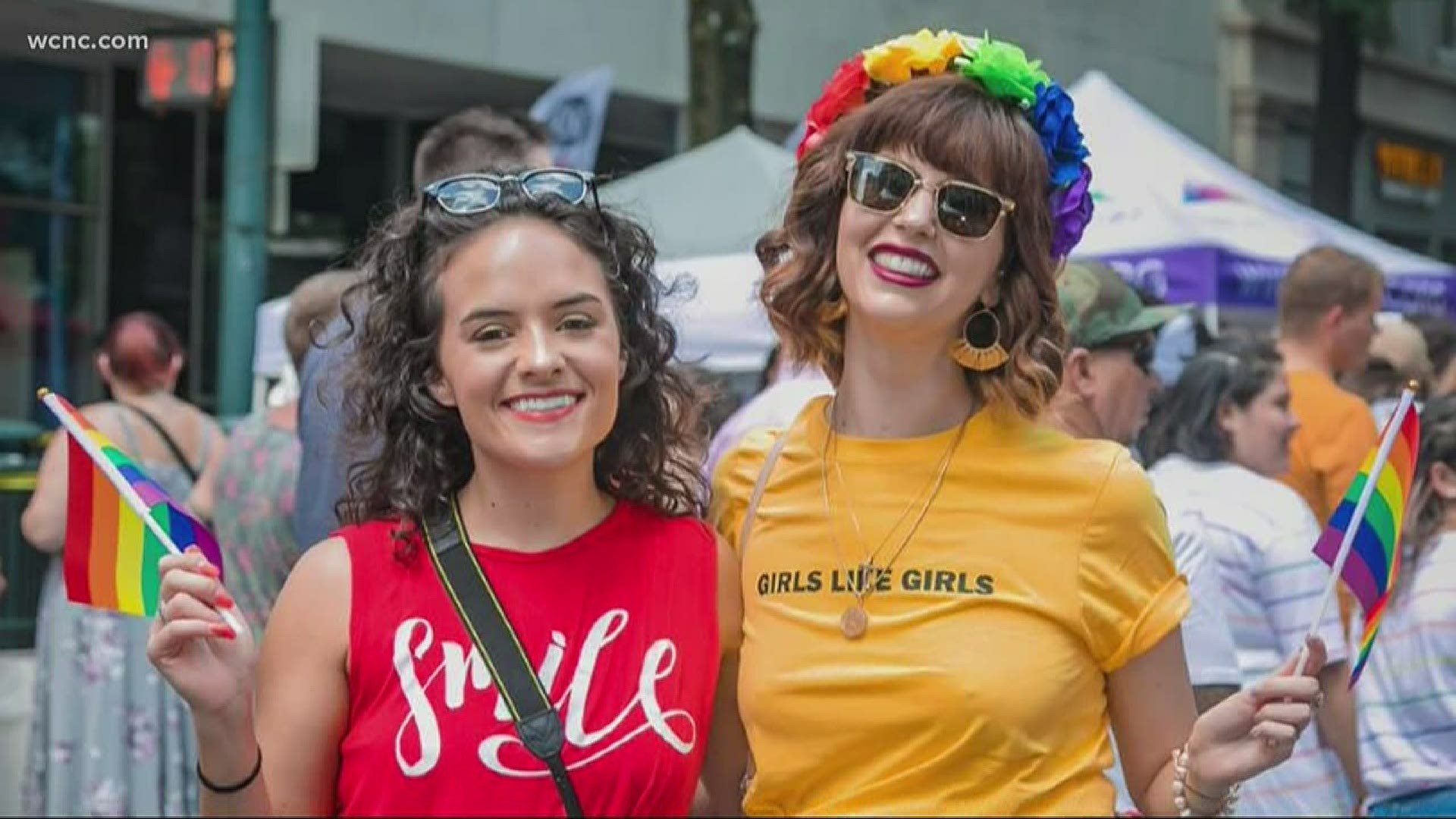 CHARLOTTE, N.C. — Charlotte Pride, the Queen City's largest parade and festival that celebrates the LGBTQ community will be canceled as organizers act to keep would-be attendees healthy from COVID-19.

Pride week in Charlotte was planned for Friday, July 24 through Sunday, August 2, 2020. It was supposed to be Charlotte Pride's 20th anniversary celebrating visibility, empowerment, and community-building.

However, nearly three months before the colorful week, organizers canceled it Tuesday.

"It's really hard for everyone," said Daniel Valdez, the president of the Charlotte Pride Board of Directors. "There were a lot of emotions around it."

The decision, which Valdez said was not made lightly, was concluded along with Charlotte Pride's partner, Charlotte Black Pride, as COVID-19 continues to spread across the Carolinas, including in Charlotte.

"We decided to cancel the festival because of the health and safety of all of the attendees," Valdez said in an exclusive interview with WCNC Charlotte.

The cancellation affects all events of both Charlotte Black Pride and Charlotte Pride:

“We must do everything we can to prevent knowingly exposing our already vulnerable community to the uncertainties and risks of COVID-19," Valdez said in a release by Charlotte Pride on Tuesday.

Hundreds of thousands of people have turned out for the popular summer weekend in years past. That includes roughly 200,000 visitors who attended the 2019 Charlotte Pride Festival and Parade, according to organizers.

The celebration of inclusive, acceptance, and love also generates millions of dollars for the city, annually.

RELATED: Why Charlotte Pride is in August and not June like everywhere else

In 2019, it generated $8.05 million for the City of Charlotte, direct visitor spending of $4.79 million, and $284,000 in Mecklenburg County tax revenue, according to the organization.

Due to the coronavirus, the city is projected to have a $14 million shortfall, with a majority of that stemming from lost hospitality revenue.

The cancellation of Pride Week is just the latest injury to the local economy.

"A lot of us are going to miss the opportunity to have more money coming in -- the hotels, the restaurants, the bars," Lyles added.

Those industries have already been hit hard.

Furthermore, the people who count on the celebrations, will be impacted in different ways.

"So many people come out for the parade because they can see people who are your brothers and your sisters and your family, your friends, and I think that's going to be missed," Lyles added.

"Specifically, I think we'll miss the opportunity to have our citizens participate in something that I think is very important and needs to be celebrated," she said.

"These large annual events allow our staff to connect face-to-face with community members who benefit from our health services and others who support our critical community care work," said Debbie Warren, President and CEO of RAIN, a local organization that helps people living with HIV and those at risk.

For Warren, the annual festival holds a special place in her heart.

"It's an opportunity that brings healing and celebration and the opportunity to meet others and enjoy being fully who you are," Warren said. "It's so extremely meaningful to be in that parade on a Sunday afternoon."

Although an in-person parade or festivities aren't possible, Charlotte Pride and their partners are keeping a positive outlook. Several virtual programs are planned including webinars, livestreams, and special celebrations and showcases of local LGBTQ artists, entertainers, activists, community nonprofits, and business owners.

"We want to do everything we can to keep everyone safe," said Valdez. "Charlotte pride isn't going away. We're still doing programming, we're still doing a lot of things online."

The Queen City’s Annual LGBTQ Film Festival that was supposed to take place this spring, had been rescheduled for October 24th - November 1st, 2020.