Charlotte-Mecklenburg Police has long struggled to recruit new officers, they're hoping the pandemic could help fill those openings. 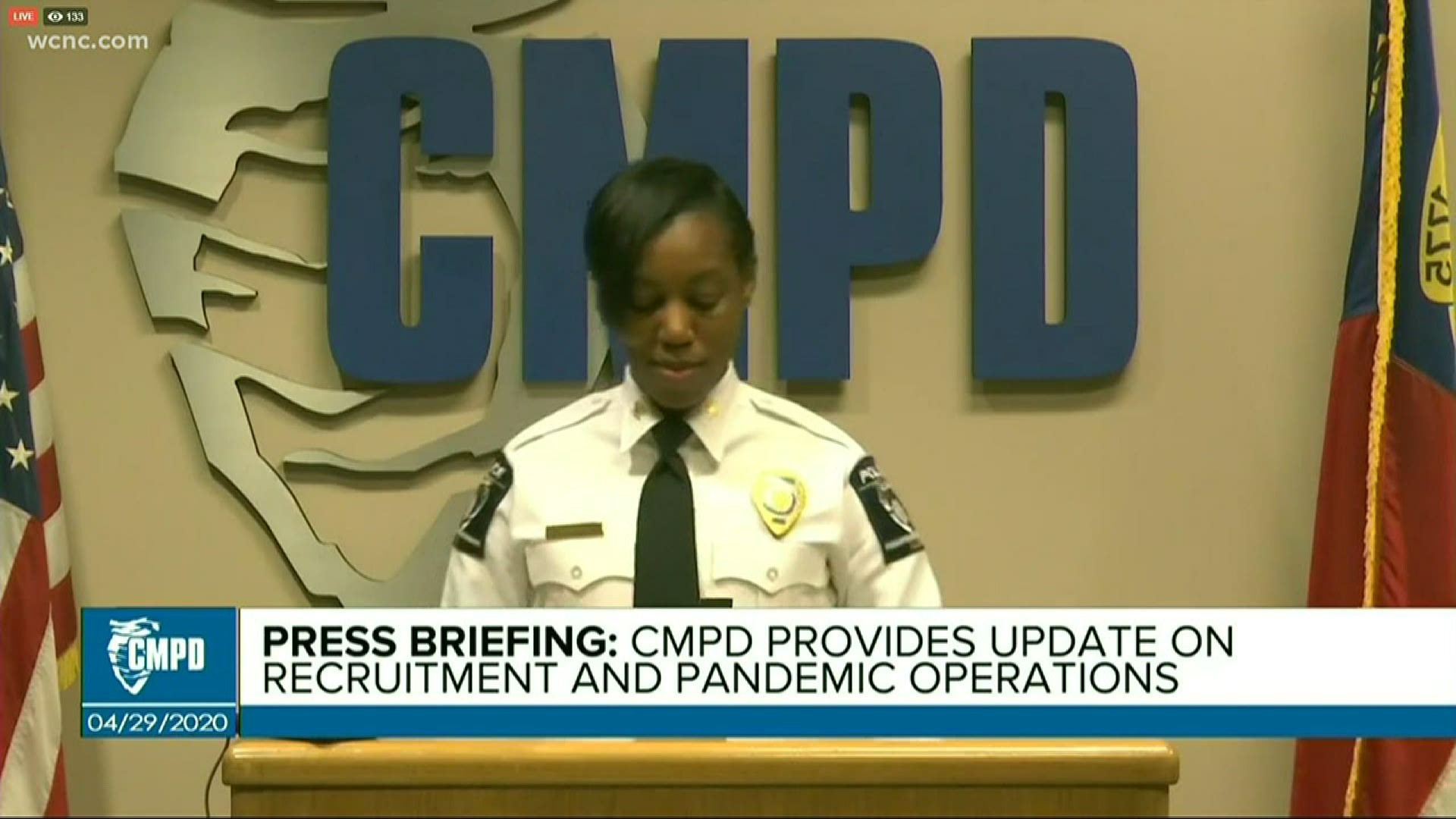 CHARLOTTE, N.C. — In a press conference Wednesday, the Charlotte-Mecklenburg Police Department announced they have more than 200 job openings.

Patterson says the police department began a recruitment campaign in March and says they’ve had more than 350 applicants.

And while Charlotte's under a stay home order, police say it's not stopping criminals. During a press conference Wednesday, CMPD addressed their long-standing issue with recruiting new officers.

CMPD says recruiting is particularly hard during a good economy because they have to compete with other well-paying jobs, but with so many people out of work, the pandemic could be a great time to become a police officer and serve the community.

The starting salary for an officer is $45,000/year for an applicant with high school education and is higher for those with an associate's or bachelor’s degree.

“So that is a very competitive salary that we offer to you, also we do weekly pay, you’ll be paid on a weekly basis,” Patterson said.

They're also offering a 5% pay increase for officers who can speak multiple languages, and an additional 5% increase in hazard pay for officers on the frontlines of the COVID-19 pandemic.

As for paychecks, CMPD pays its officers on a weekly basis.

"It gives you the opportunity to be the difference," said a CMPD officer. "We want a police department that is as diverse as the city we serve."

CMPD, like many law enforcement agencies across the country, has long had an officer shortage.

“Quite frankly when there’s a good job market they’re looking to do other things,” says Patterson.

But today, as millions of businesses remain closed, leaving many without a paycheck, CMPD is hoping to grow their force.

“We have a job for you,” said Patterson, who says the department is also committed to hiring a diverse group of people.

“We want a police dept that is as diverse as the city we serve,” she said.

The department is also looking to hire 40 telecommunicators. Patterson says to apply, you must be at least 18 years old and have a GED or high school diploma. Salaries for those positions start around $38,000 a year. CMPD says applications for telecommunicators will open Friday, May 1.

“In that role, we’re going to teach you how to handle 911 calls as well as how to dispatch our officers to calls,” she said.

You can click here to learn more information on how to apply.

RELATED: 'I don't know when this is going to end' | How much COVID-19 is hurting the Charlotte economy