'We are operating as if it's here' | NC Health Secretary says about new, more contagious strain of COVID- 19

While the new variant has not been confirmed in the Tarheel state, North Carolina’s top health officials say they are testing for it. 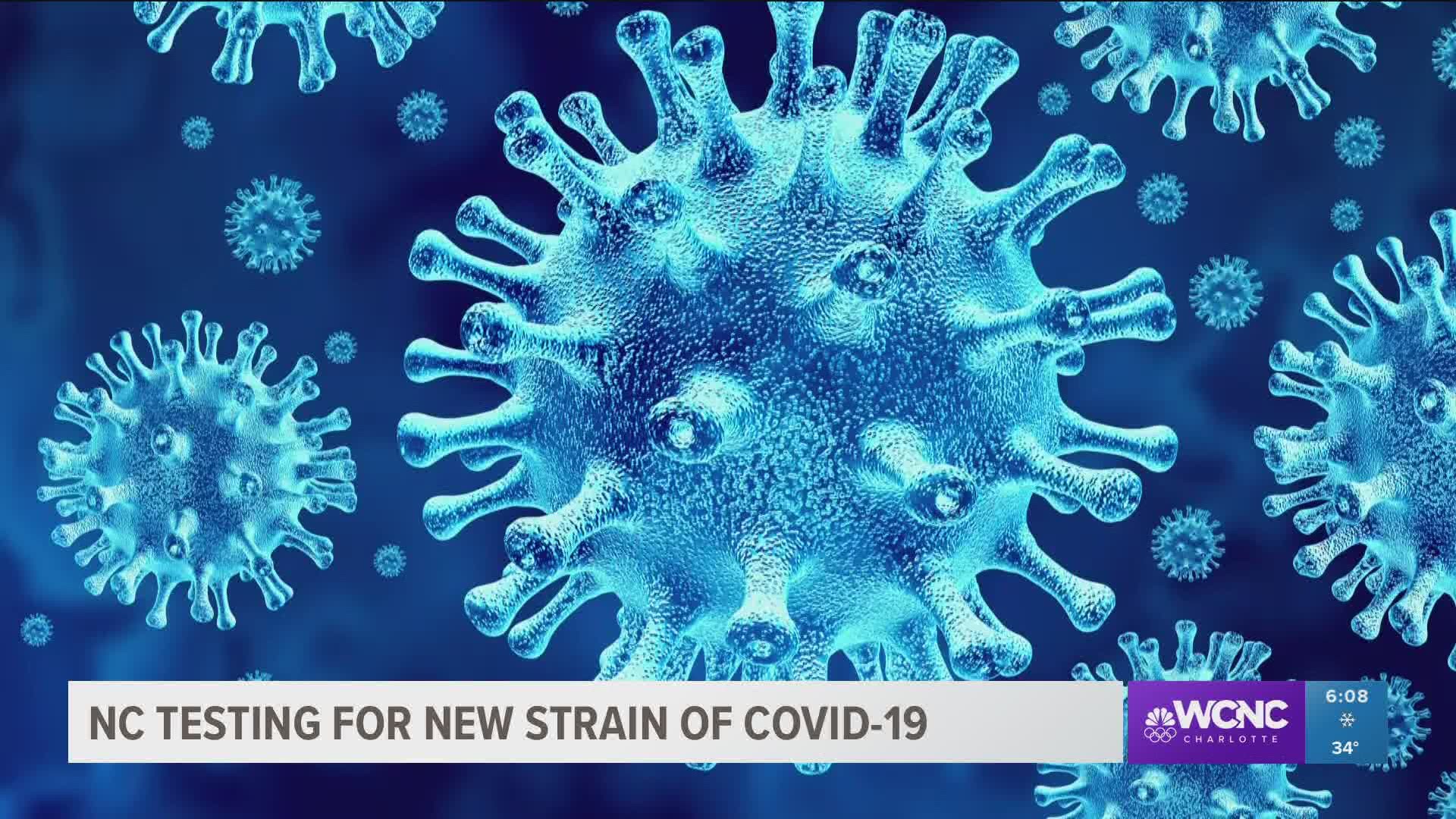 CHARLOTTE, N.C. — A new, more contagious strain of the coronavirus has been identified in Georgia, a state neighboring North Carolina.

In a one on one interview, Secretary Cohen told WCNC Charlotte she’s worried the new variant will put an additional strain on hospitals, which are already dealing with a major increase in cases.

“That’s why we're racing as fast as we can on the vaccine side,” said Secretary Cohen.

Secretary Cohen says they have not officially identified the new variant yet, but just days ago the neighboring state of Georgia did identify it.

.@SecMandyCohen says North Carolina is sending samples to the @CDCgov to test for the new #COVID19 #Variant and she expects it will be identified in the state “in the coming weeks”. @wcnc pic.twitter.com/V5DBQna7I8

“We are operating as if it's here,” said Secretary Cohen. “And that means taking the precautions that this virus could become more contagious.”

It comes as the state deals with record-setting hospitalizations.  Caldwell UNC Healthcare has opened a new emergency field hospital.  That hasn’t happened in Mecklenburg County, but area hospitals are at 90% to 95% capacity, according to the county’s department of public health.

“I am worried. More contagious means more people getting this virus, and that means proportionally more people in the hospital,” said Secretary Cohen.

However, there is potentially good news in the fight against COVID 19.  Preliminary research from Pfizer suggests its COVID-19 vaccine can protect against the new mutation of the virus.  Experts say while the results are promising, the study only looked at one key mutation contained in the variants, but not the full variants.

Secretary Cohen says the state is currently testing samples to see if the new strain is already in North Carolina.

“We do send a number of our samples from North Carolina to be sequenced by the CDC,” said Secretary Cohen. “I expect for that variant to be identified at some point in the coming weeks.”

Secretary Cohen says the new variant highlights the importance of the safety steps she’s been telling people to take like wearing a mask and social distance.  Secretary Cohen also urges people not to have people over at their homes indoors or to go to other people’s homes indoors; she says that’s where they’ve been seeing a lot of the spread happening.