The state received more than 285,000 unemployment claims between March 16 and 29, most of them related to COVID-19 as businesses close or scale back. 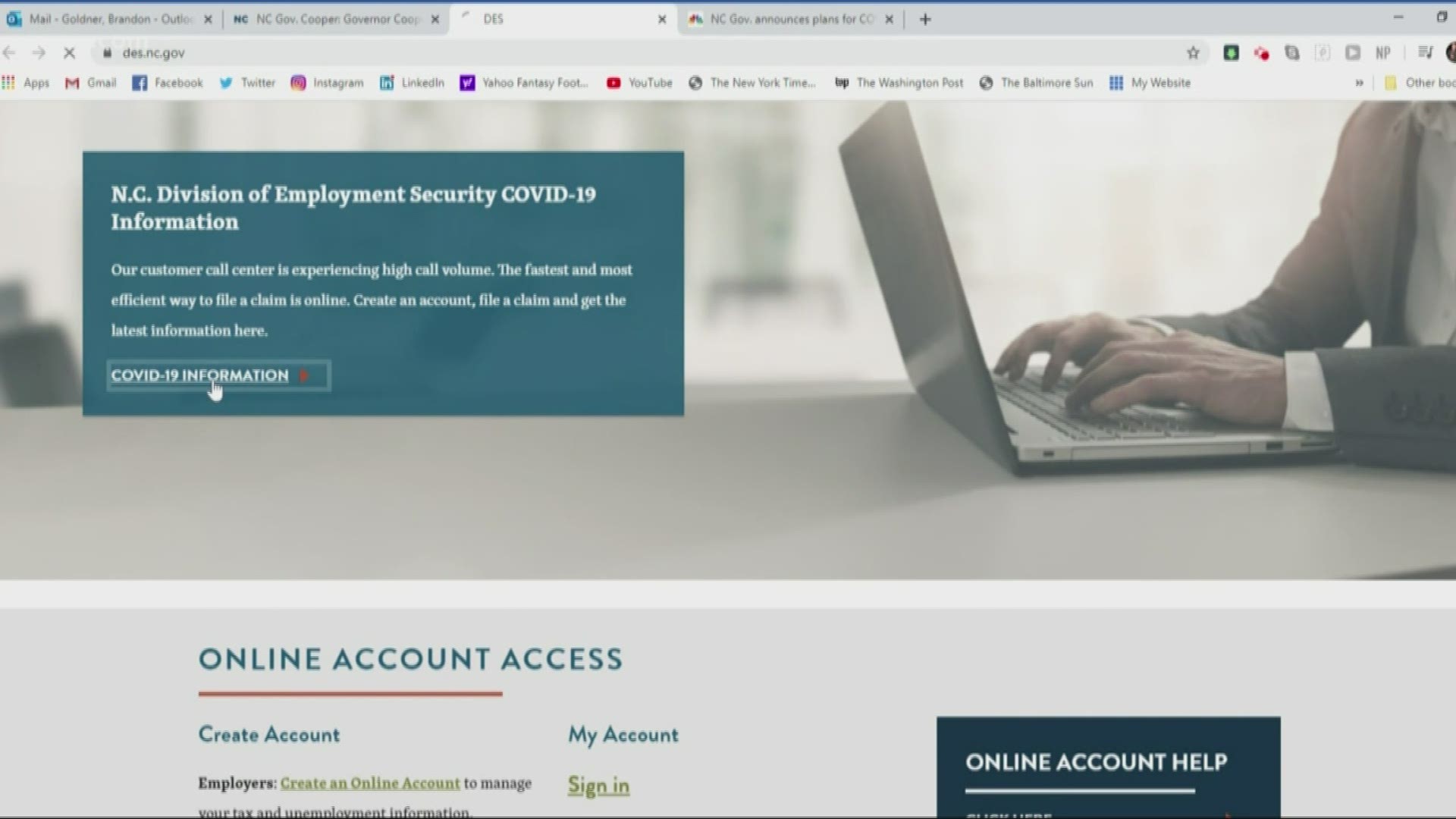 RALEIGH, N.C. — Governor Roy Cooper announced North Carolina's first unemployment checks will be going this week for people who lost their jobs due to COVID-19.

Workers must complete weekly certifications online to get their checks, which determine whether a person is eligible to receive a payment.

One worker, who lost his retail job amid the crisis, came to an NCWorks Career Center Monday hoping for help and answers after he said he filed his unemployment claim in Mid-March.

"They're closed until further notice so I have nowhere to turn,” the worker, who did not want to provide his name, said.

The former retail worker said he was locked out of his account and has tried numerous ways through phone, email, and more to get in touch with a real person for assistance.

"Nobody answers. Phone calls get disconnected. Recorded messages are garbled,” he said. “It's frustration that I'm going through and so is everybody else."

Other workers like Darron Foman are still employed, but their hours have been slashed.

"Financially, it's hurting. But, I guess it's just the sign of the times right now" Foman said. "After a month, I'll be struggling."

North Carolina's governor said that the first coronavirus-related unemployment payments will be going out this week as the state is flooded with tens of thousands of claims. 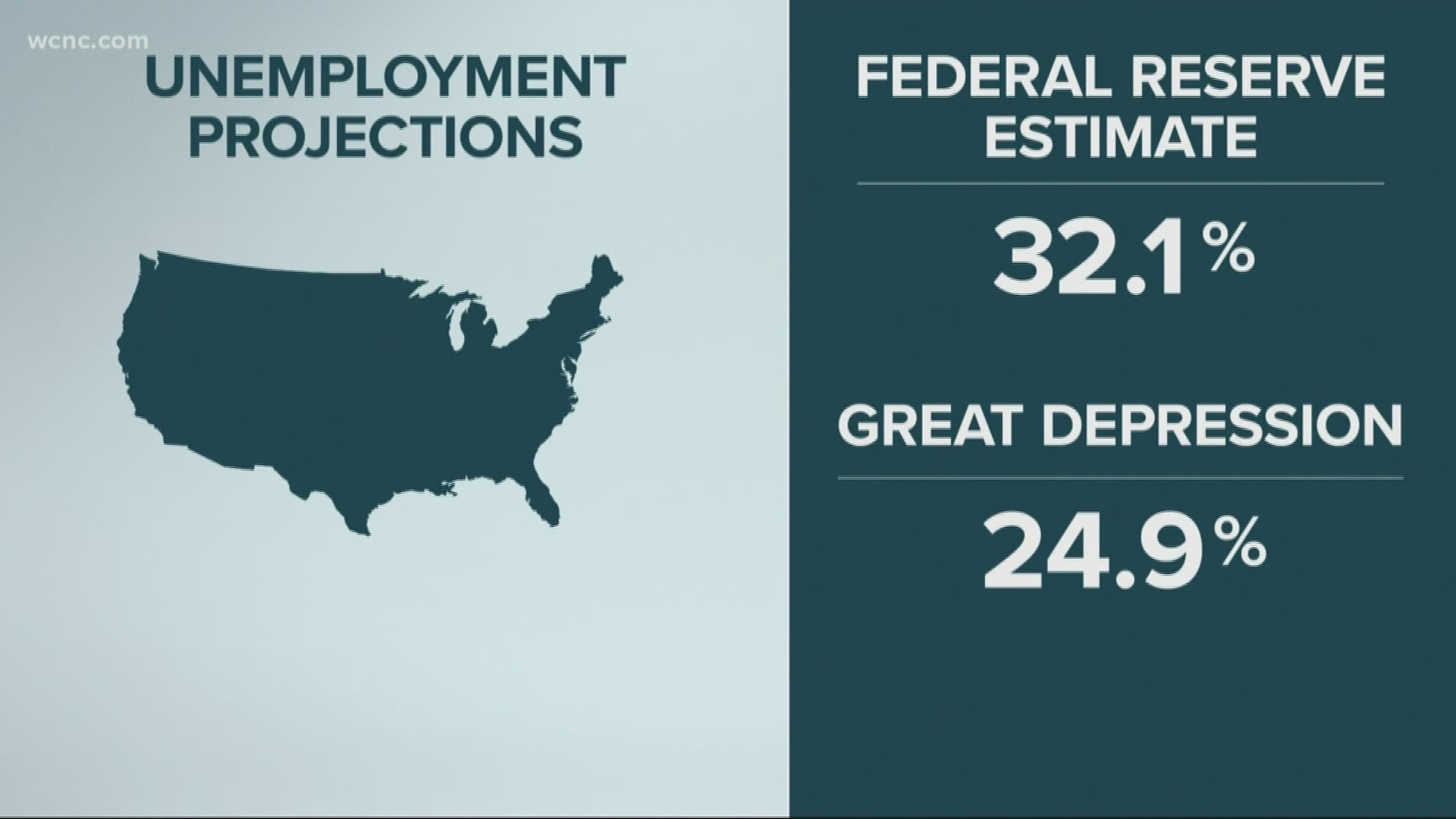 “Thousands of workers have lost jobs, but their bills don’t stop. My administration is working overtime to get unemployment checks out now. We’ll keep pushing every day for more state and federal help to save our workers and their families,” said Governor Cooper.

The state reported bout 22,000 claims on Saturday alone. By comparison, the state received about 7,500 claims in the first two weeks of March.

The weekly certification must be completed through the individual’s online account.

Here is where you can apply online for benefits: