According to state data, North Carolina ordered more than 27 million N-95 masks but has only received 99,000. 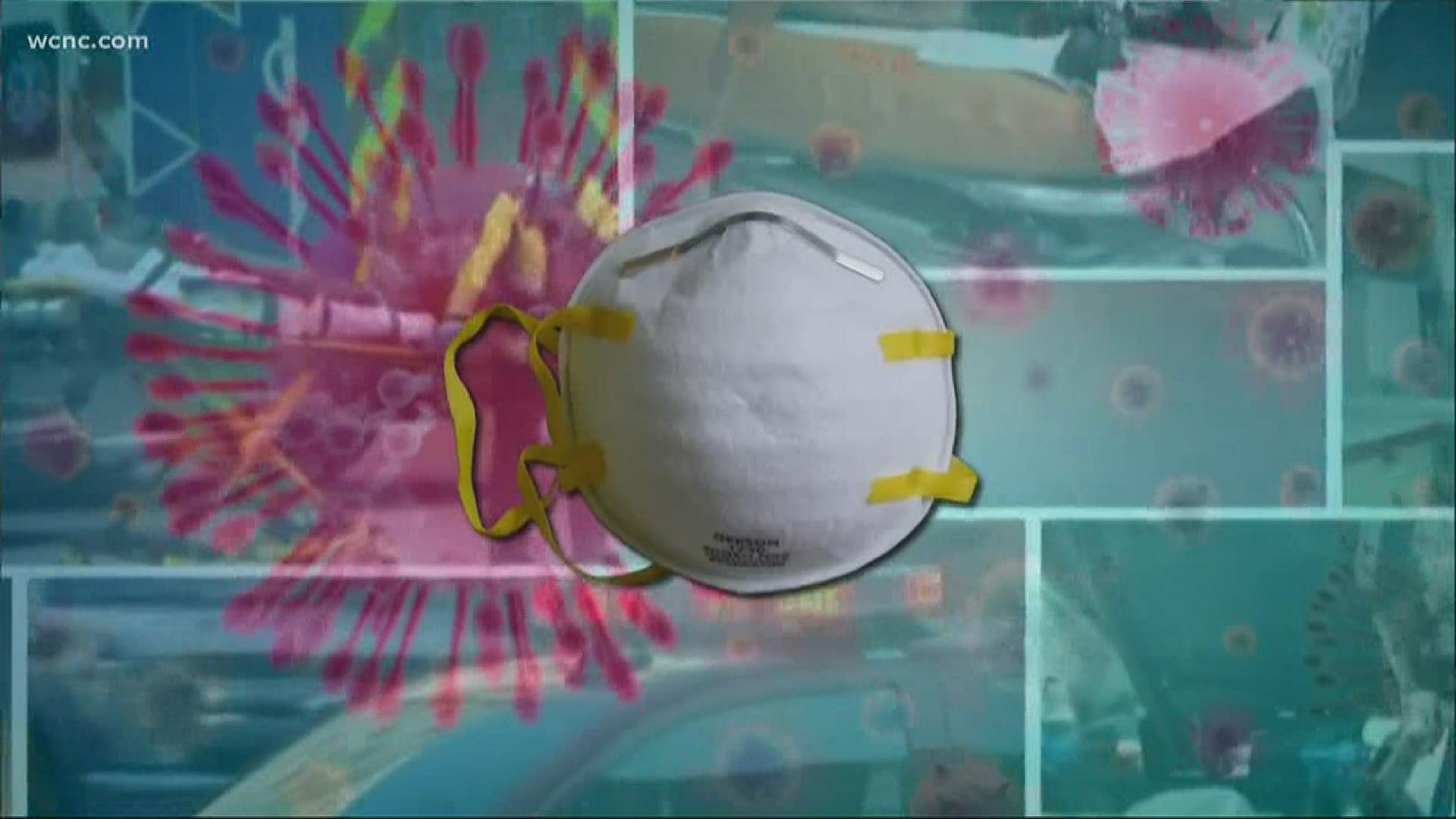 CHARLOTTE, N.C. — A WCNC Charlotte Defenders investigation is discovering critical supplies in North Carolina are low or completely out.

The Defenders team looked through data about personal protective equipment, or PPE, in state warehouses that are meant for people on the front lines of the coronavirus outbreak.

WCNC Charlotte is learning the state is only receiving a small percentage of some of the supplies it's ordered.

With some supplies, you can measure what’s left in months, but with other items, only a single day of supplies are on hand or even less.

According to state data, there are zero days of supply left of gowns in North Carolina state warehouses. The supply of N-95 masks is not much more; there’s only one day of supplies left, according to the state data.

“It’s not a good sign that we don't have the availability of items,” said State Representative Carla Cunningham, who is also a registered nurse.

Representative Cunningham says major hospitals have received federal shipments of PPE supplies, but smaller facilities like nursing homes are the most in need of PPE.

“Which is a grave concern because we know of the congregate settings they have more outbreaks,” said Representative Cunningham.

In March, WCNC Charlotte talked to a nurse who said she quit her job at a nursing home in Western North Carolina because of a lack of PPE.  She asked that her identity be hidden.

“I'm more worried about my patients, I don't want to be the cause,” she previously said.

RELATED: 'I don't want to be the cause' | North Carolina nurse resigns amid PPE shortage

“I know people are making masks, but making a mask will never substitute for an N-95 mask,” said Representative Cunningham.

“Some of the vendors have overcommitted,” said State Representative Christy Clark.

Representative Clark says a global shortage of PPE has been the main challenge for getting supplies. She says new state legislation would provide $50,000 for additional PPE, once the items become available.

"That will be a huge help versus having to be very careful with dollars,” Representative Clark said.

In the meantime, Representative Clark says North Carolina has to prevent another surge.

“Because we might not have enough materials,” said Representative Clark.

However, she says if people in the state continue social distancing and are able to flatten the curve that will help make the supplies last.