The Institute for Health Metrics and Evaluation forecasts more stay-at-home orders for nearly two-dozen states, including the Carolinas. 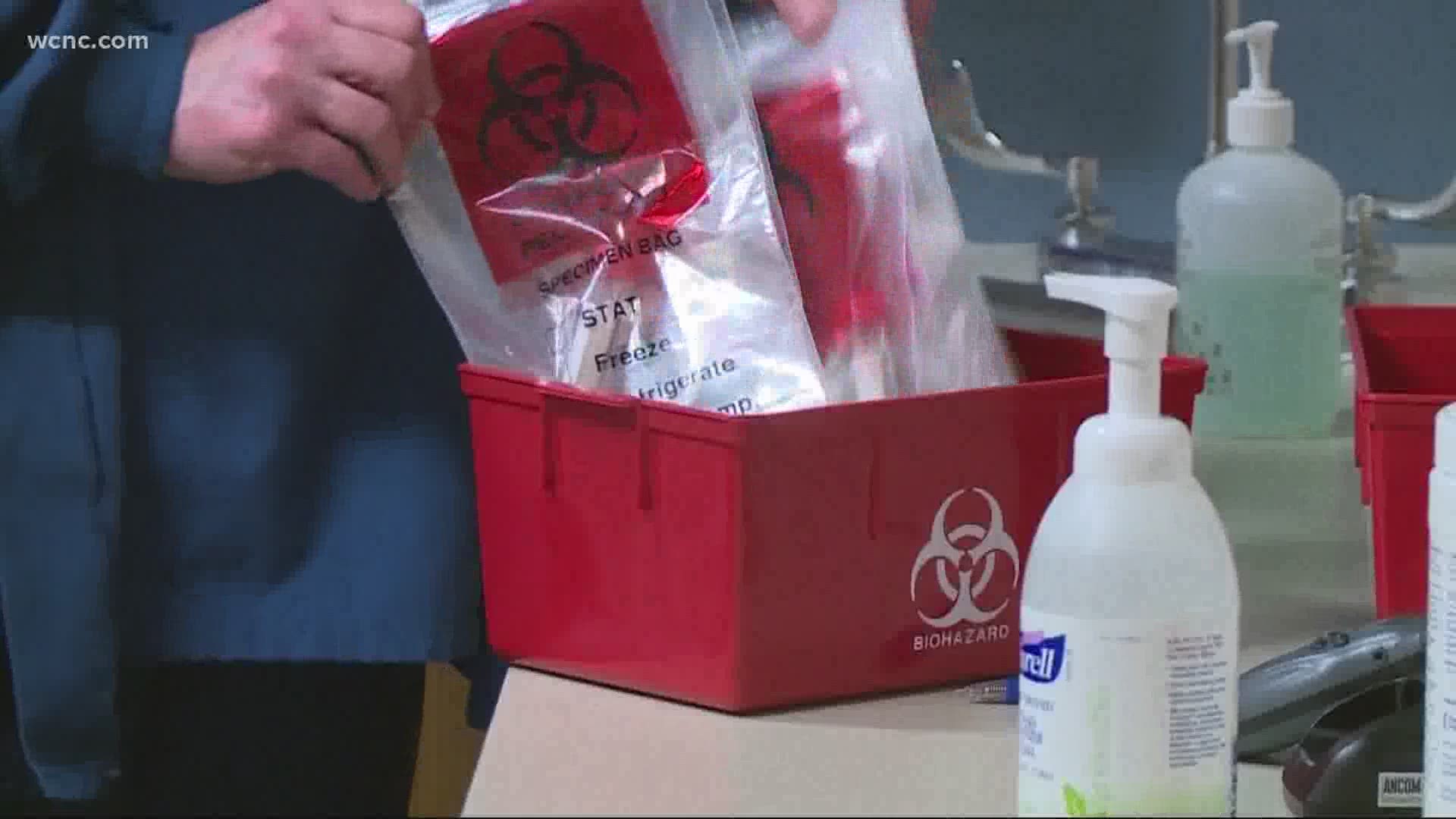 CHARLOTTE, N.C. — It's one of the last things anyone wants to hear: the possibility of a second stay-at-home lockdown. However, an independent health research group said it could be necessary, if its current projections play out.

The Institute for Health Metrics and Evaluation released a grim forecast this week, projecting nearly 300,000 Americans could be dead from the coronavirus by Dec. 1 and 22 states might require further stay-at-home orders or restrictions on nonessential businesses in the next four months.

IHME's research factored in various coronavirus metrics, including cases, hospitalizations, and deaths, as well as human behavior, like masking and social distancing.

“It appears that people are wearing masks and socially distancing more frequently as infections increase, then after a while as infections drop, people let their guard down and stop taking these measures to protect themselves and others – which, of course, leads to more infections. And the potentially deadly cycle starts over again.”

However, as they point out the positives, officials have also warned against complacency.

"While we see stabilization of our numbers, that doesn't mean we can let up," Gov. Roy Cooper said during his announcement earlier this week that the state would remain in Phase 2 for another 5 weeks.

Dr. Mandy Cohen, North Carolina's Health and Human Services Secretary, weighed in on the new research, saying it is just one of several projections out there and another full shutdown is something state leaders have been trying to avoid.

"If we do more and all work together on the 3 W’s, we won’t have to go backwards," Cohen said, referencing the state's initiative to encourage people to wear cloth face coverings, wait six feet apart, and wash their hands frequently.

Cohen said a slow reopening, along with other state-imposed measures, have helped so far.

RELATED: Mask Mandate: Some support, some oppose as requirement sets in Friday

Essentially, she thinks the state's population is still in control of its own fate.

"From the time that the mask mandate went in at the end of June, we started to see stabilizing as a direct link to that. I think things are working," said Cohen.

The IHME's research also emphasizes the importance of masking. It said its projection of 295,011 deaths by December could be reduced by 66,000 people if 95 percent of Americans would wear masks when leaving the house. Consistent masking could also delay stricter mandates by 6 to 8 weeks, the organization said.