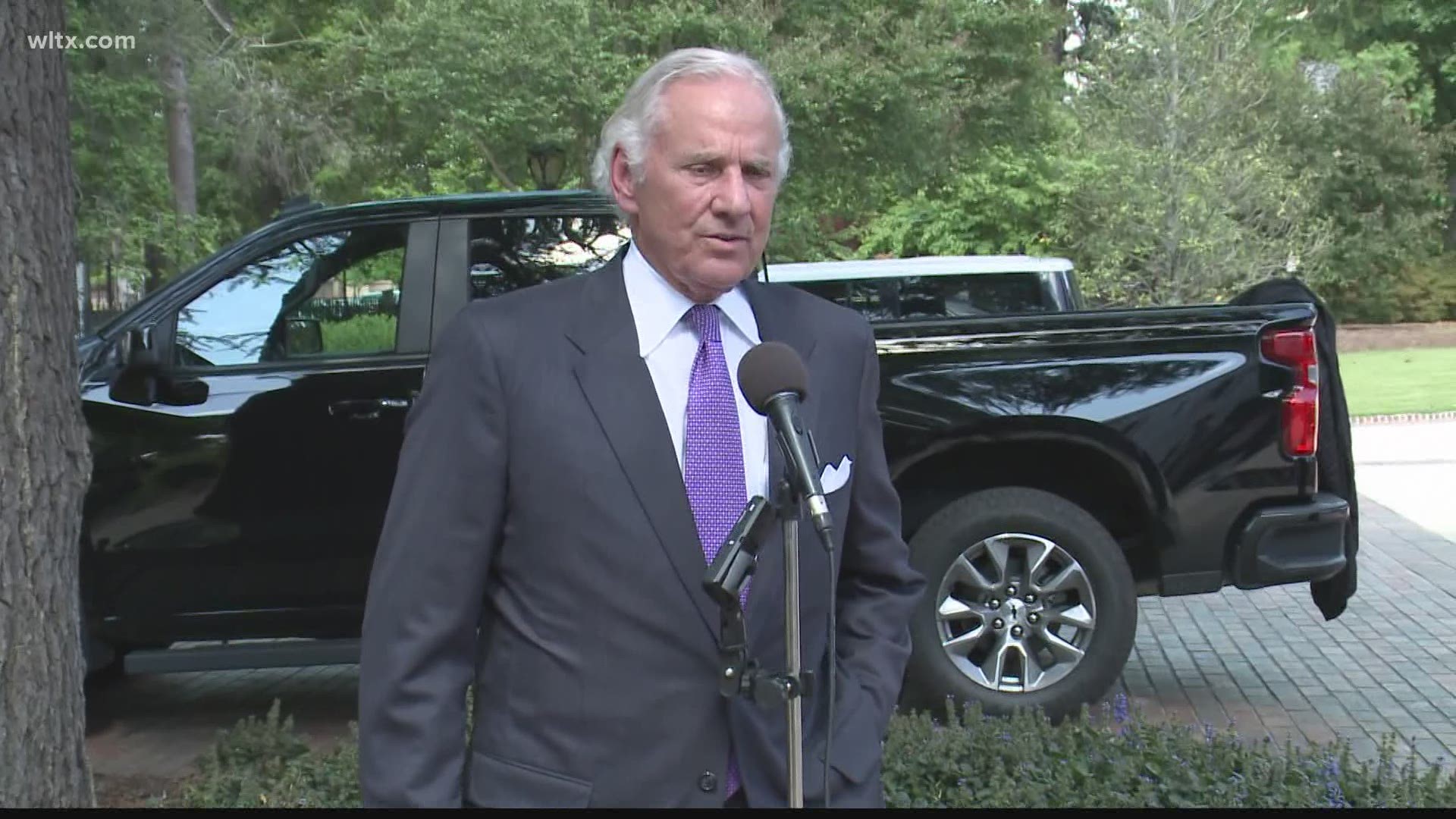 COLUMBIA, S.C. — South Carolina Gov. Henry McMaster said it's time for cities and counties to drop mask mandates and agrees that schools should no longer require kids to wear masks in class, calling it "ridiculous" that those rules are still in place.

McMaster was asked by reporters Wednesday on his thoughts about whether current mask rules should remain in place.

"I'd ask the cities and counties if they have restrictions out there that are undo to wrap it up," McMaster said. "We gotta get back to normal."

The governor pointed to lower case numbers and positivity rates, as well as the availability of the vaccine, as reasons why the restrictions no longer are needed.

RELATED: VERIFY: Do I still need to wear a mask outdoors if I'm fully vaccinated?

Unlike in some other states, South Carolina never had a statewide mask mandate, with McMaster always arguing it wasn't necessary and also believing that they weren't constitutional. That left it to cities and counties to put in ordinances of their own.

Asked specifically if the mask ordinance in the city he resides in, Columbia, and the surrounding county, Richland, should undo their rules, he said directly, "yes."

He did, however, say businesses could choose to have one inside their stores.

Recently, some parents in some parts of the state are protesting and putting up billboards calling for schools to drop mask requirements. McMaster said he agreed with their effort, saying it should be a parent's choice if their child wears a mask.

RELATED: CDC says many Americans can now go outside without a mask

"It is the height of ridiculosity for a school district to make that decision for the parents particularly since we've known even when the virus was rampant that the schools, the classrooms, were the safest places of all," McMaster said. "It is the parents' choice; it is no longer the school district's choice."

McMaster also urged people to get the vaccine and said its one of the ones that requires two doses, they need to go to their second appointment.

As for what he may do next to make sure the mask rules are dropped, he said "whatever is necessary." He didn't commit to issuing an executive order, but said, "that depends on what happens. But we're getting pretty close."