USC changes policy, will not require face masks for students

The reversal comes after a letter from Attorney General Alan Wilson to the school. 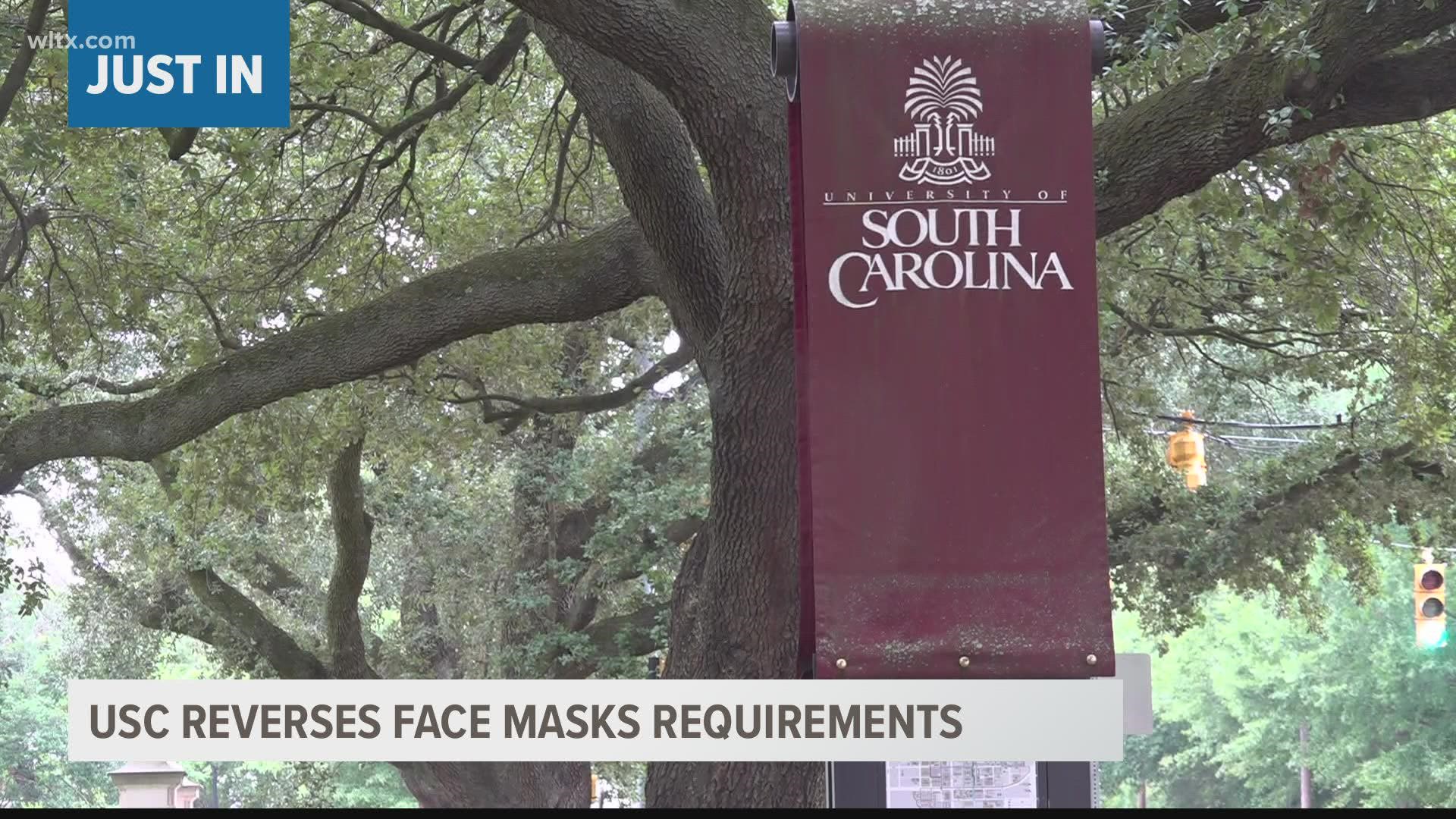 COLUMBIA, S.C. — In a reversal, the University of South Carolina will not require face masks for students and faculty this fall, after an opinion from the state attorney general said that wouldn't contradict a state order.

USC Interim President Harris Pastides issued a statement Tuesday saying masks will not be required in all campus buildings, as had previously been stated, but will now only be mandated in university health care buildings and on public transportation.

The school had passed the mask rule days after the CDC's updated mask guidance said people in areas of high transmission should wear the coverings at all public indoor places.

The school's changed came less than a day after South Carolina Attorney General Alan Wilson sent a letter to Pastides stating that the mask mandate issued on July 30 was invalid. Wilson said a budget proviso (numbered 117.190) passed by state lawmakers this summer meant no public university could mandate the wearing of masks. He said while the proviso isn't well-worded, it was clear the legislature's intent was to stop the required wearing of coverings.

Wilson did say that the school's requirement that students be tested before returning to campus is legal.

Pastides, who's also an epidemiologist, said his priority is keeping people safe, and he said he's seen how effective vaccines and other measures can be.

"Because vaccination cannot be required in South Carolina, I felt that face coverings would go a long way in preventing the spread of the Delta variant of COVID-19, which is highly contagious, on campus," Pastides said Tuesday. "I did not think that the law precluded this action."

He said while masks aren't required, the school continues to strongly encourage the wearing of face masks.

"I deeply respect all persons’ rights to make their own choices, and I respect our federal and state governments’ roles in guiding our university," Pastides said. "I remain committed to encouraging all Gamecocks to wear face coverings and to get vaccinated for the benefit of themselves and others."