Doctors vaccinated with J&J seek boosters of other brands, due to Delta COVID-19 variant

Their decisions are based on preliminary data from the U.K. and assumptions that a single shot of Johnson & Johnson will show similar effectiveness to AstraZeneca. 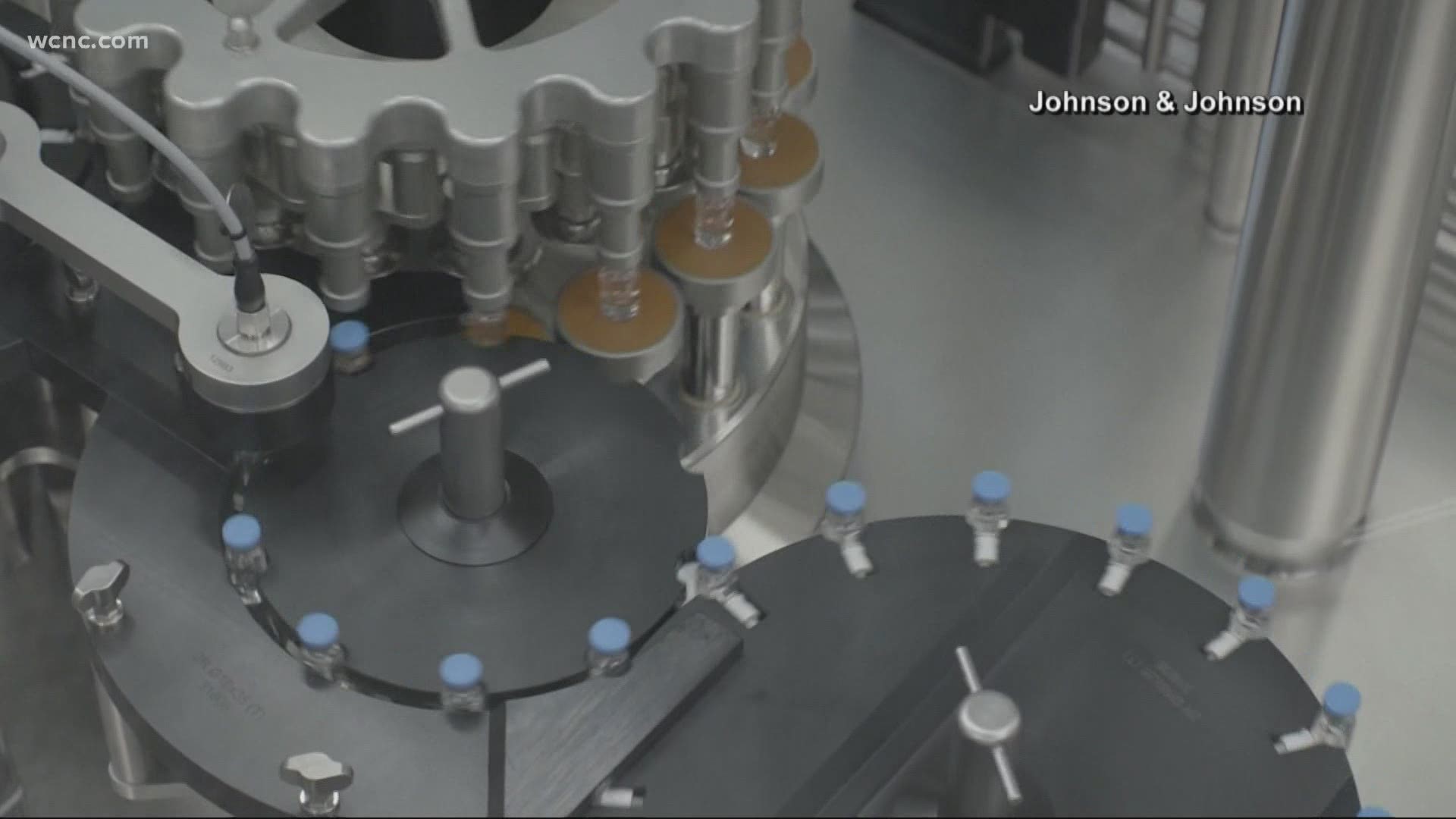 CHARLOTTE, N.C. — Some doctors who got Johnson and Johnson's COVID-19 vaccine are already getting boosters of Pfizer and Moderna, even though it is not officially recommended. Those doctors are citing the more contagious Delta variant, also called B.1.617.2, which was initially identified in India, but has since taken root in the U.S., threatening to become the predominant coronavirus variant in the states in coming weeks.

Dr. Angela Rasmussen, a virologist at Georgetown University, took to Twitter last week, writing that she initially got the Johnson and Johnson, but recently followed it up with a Pfizer booster shot after seeing the data on Delta coming from the U.K.

Rasmussen tweeted, in part: "We know that 2-dose regimens of mRNA or Astrazeneca are highly protective against the delta variant but a single dose is not."

For these reasons, I got a mRNA booster of the Pfizer vaccine yesterday to top off the J&J vaccine I received in April. I have a sore arm but am fine otherwise. I made sure that in my province, this wouldn’t take away a dose for an unvaccinated person in my community.

Rasmussen was referencing a Public Health England study released last month, which found two doses of Pfizer protected against symptomatic COVID-19 88% of the time, two doses of AstraZeneca protected 60% of the time, but a single dose of either dropped effectiveness to 33%.

The study found all of the studied vaccination regimens showed slightly lower effectiveness with the Delta variant, compared to B.1.1.7 (U.K. variant).

Dr. Karla Robinson, a family physician with Charlotte's Urban Housecall Health Group, states Rasmussen's logic is based on the assumption that Johnson and Johnson will likely show similar effectiveness to Astrazeneca, since both are a viral vector vaccine, and people are only getting a single shot of Johnson and Johnson.

"The assumption is that it very likely will pan out, here in this country, that the Johnson and Johnson may have decreased effectiveness against the Delta variant, in which case, a booster may be necessary. We just don't know at this time," Robinson said.

Robinson noted: all information is still preliminary, and there is no official guidance about getting boosters in this scenario.

Robinson states the data also shows, regardless of vaccine brand, even if someone is a breakthrough case, symptoms are likely reduced and a person remains highly protected against severe and deadly outcomes of the virus.

She has the same advice, regardless of the vaccine brand a person received.

"My recommendations are the same: To still practice all those measures we were practicing prior to being vaccinated," Robinson said. "Practice social distancing, practice good hand hygiene, to mask when in crowded places."