An independent committee is set to discuss the vaccine Friday, and health officials in the Carolinas are already planning how to use it. 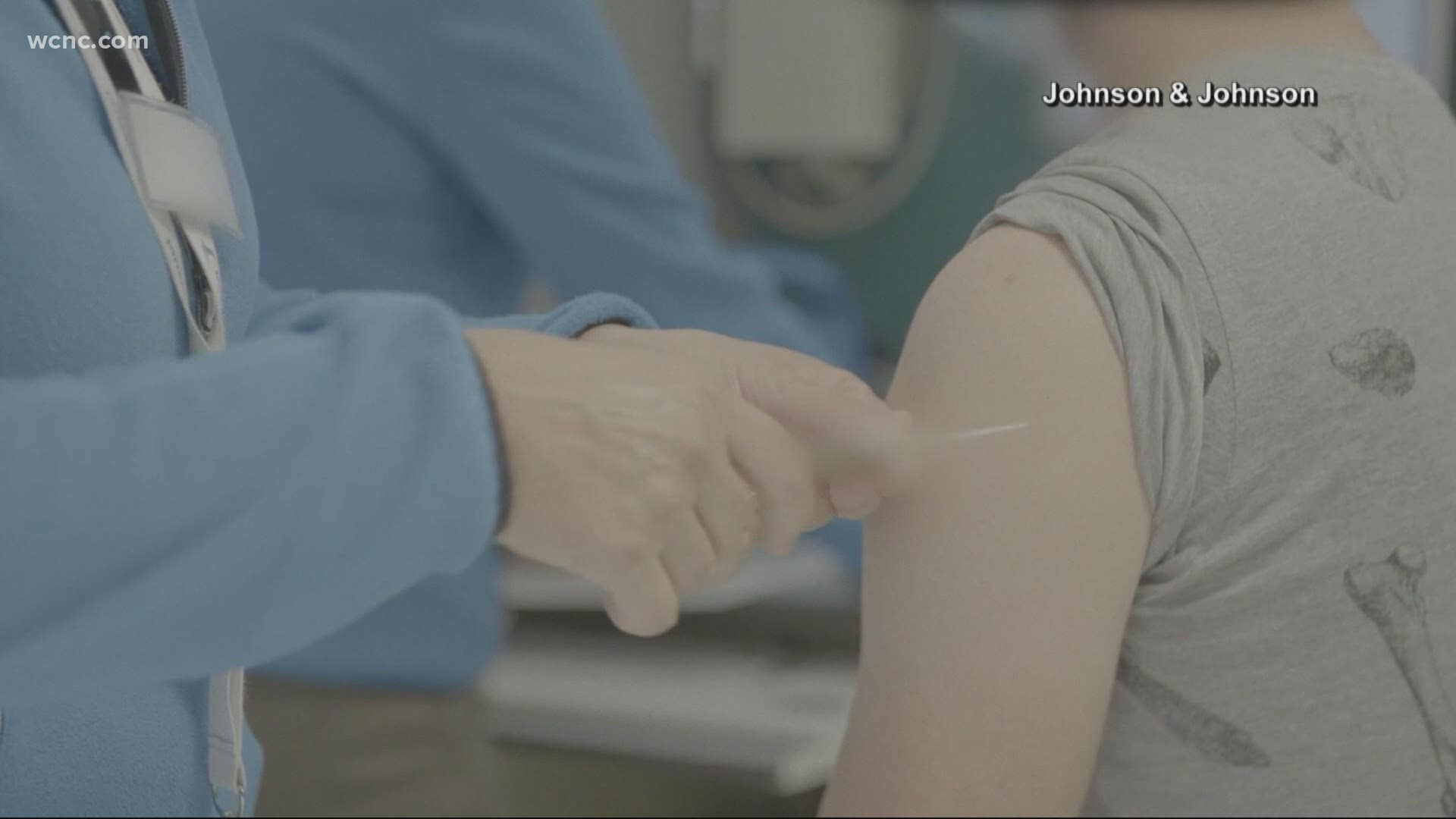 CHARLOTTE, N.C. — Johnson and Johnson's COVID-19 vaccine could soon gain emergency approval from the Food and Drug Administration, making for the third available vaccine in the arsenal against the virus.

On Friday, an independent FDA committee is set to discuss the vaccine, but briefing documents the agency released earlier this week shows the Johnson and Johnson candidate is both safe and effective.

Depending on how Friday's vote goes, emergency use authorization could be granted by this weekend, but in the Carolinas, health officials are already mapping out how to use the vaccine.

"We're already planning to think about where can those doses go, how are we going to allocate that, how are we going to use that, working with our vaccine providers to make sure we have the capacity waiting in the wings, so the moment the vaccine becomes available to us, we can hit the ground running," Dr. Mandy Cohen, North Carolina's Health and Human Services Secretary, said.

If the approval happens, shipments could go out immediately.

Of those 4 million immediate doses, Cohen said federal officials said to expect two million going out to the states.

Of course, one of the immediate benefits of this fresh vaccine infusion would be a further boost in the state's vaccination plan.

"The more vaccine we have, the more people we can vaccinate," North Carolina Gov. Roy Cooper said.

However, Johnson & Johnson is also expected to give a more logistically forgiving vaccine option.

"It's one dose, compared to two," Dr. Katie Passaretti, an infectious disease specialist with Atrium Health, said. "It can be stored at normal temperatures so all that will have big potential advantages."

In South Carolina, Department of Health and Environmental Control officials said they likely would not save the vaccine for any particular group but would spread it out throughout the state.

"Hospitals can probably use it, some communities that are more difficult to reach, where transportation is more limited," Nick Davidson, DHEC's Senior Deputy for Public Health, said. "We'll probably do a fair amount of spread with it."

"It definitely opens up a lot of doors for rural settings that don't have easy access. Mobile units -- to help get vaccine where it's needed the most," Passaretti said.

Johnson & Johnson said its shipping goal for the end of June is 100 million doses. North Carolina state health officials believe they could have more information to share early next week on the implications for the Tar Heel State.