You're at greater risk for dementia if you don't get this much sleep, study finds

Researchers found middle-age adults who sleep less than 6 hours per night are at least 30% more likely to be diagnosed with dementia in later life. 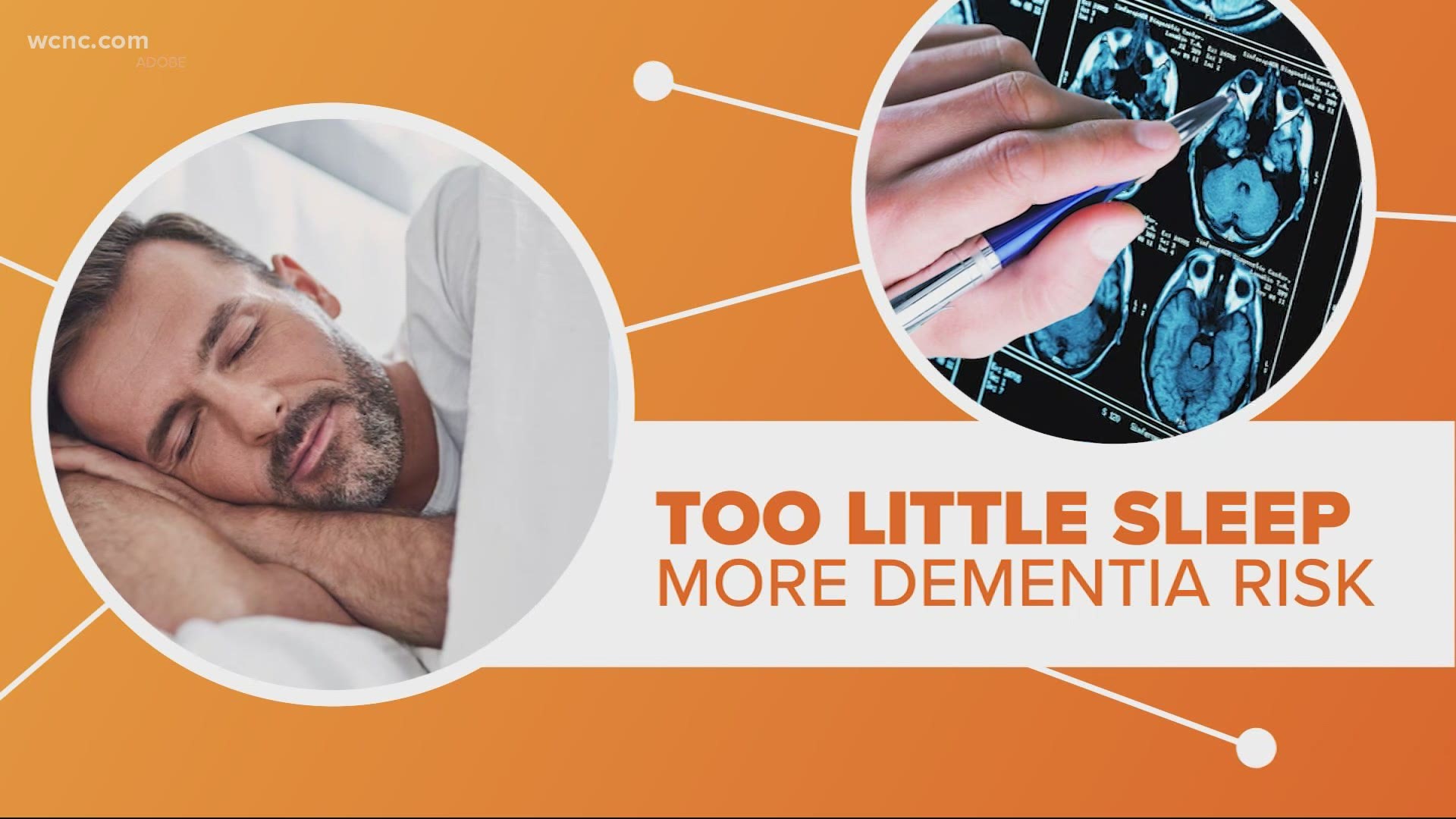 CHARLOTTE, N.C. — We all know how important sleep is. It can affect your mood, memory, body weight and more.

But now, researchers are learning about an even more dangerous connection between dementia and people who don't get enough rest.

The link between poor sleep and dementia is nothing new. But researchers weren't sure if the lack of sleep was a symptom or a cause of cognitive decline. A new study is answering that question.

Researchers found that people in their 50s and 60s who regularly reported getting six or fewer hours of sleep were almost 30% more likely to be diagnosed with dementia nearly three decades later.

So what can you do to get more shut-eye?

Doctors say sleeping pills are an OK temporary solution but they don't give you the deep sleep needed. Naps are OK but they're also a sign you aren't getting enough sleep at night.

RELATED: Their 12-year-old has childhood 'Alzheimer's.' $3 million is their only hope for saving him.

Instead, doctors recommend the following tips to make sure have good bedtime habits: