According to the North Carolina Department of Health and Human Services, at least 42 people have died from the flu in the state since October 1. 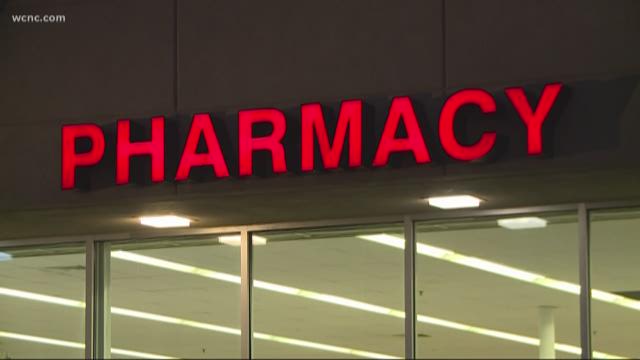 CHARLOTTE, N.C. -- Pharmacies across the Carolinas are stocking up on flu medication as the season reaches its peak.

According to the North Carolina Department of Health and Human Services, at least 42 people have died from complications related to the flu in the Tar Heel State since October 1, 2017. The latest data from the Centers for Disease Control and Prevention (CDC) shows every part of the continental U.S. is reporting widespread flu activity.

Cannon Pharmacy in South End experienced a temporary shortage in Tamiflu and its generic form about two weeks ago as the demand for the medication started to increase, according to Pharmacist Robert Byrd.

"We did so many in one day,” Byrd said, “And it was a Friday. We don't get an order until Monday so you're calling around trying to figure out who has it in stock."

Byrd said the pharmacy is now completely restocked with the items, as well as cold and cough medications, to face the rest of flu season.

The pharmacy is now ordering seven to eight packs of Tamiflu and its generics to fill the number of prescriptions that it is receiving on a daily basis.

"We don't like running out of things, especially something that people really need, so we definitely increase the quantity that we carry,” Byrd added.

Other pharmacies like CVS are working to keep up with the increase in demand.

While we are seeing increased demand in cold and flu medications across the country, CVS Pharmacy is not experiencing a widespread shortage of any items. We’re continuing to supply stores with cold- and flu-related medications using our existing inventory network, but there may be instances when individual pharmacies could be temporarily out-of-stock of a specific item.

According to the CDC, flu season typically lasts from October to May with flu activity peaking usually between December and February.