How has the pandemic impacted our kids' mental health? Charlotte doctor says patient visits are up fourfold

“When we were seeing 20 to 25 patients every month, we’re now seeing 100,” Dr. Luis Betancourt, a child, adolescent and adult psychiatrist with Novant Health said. 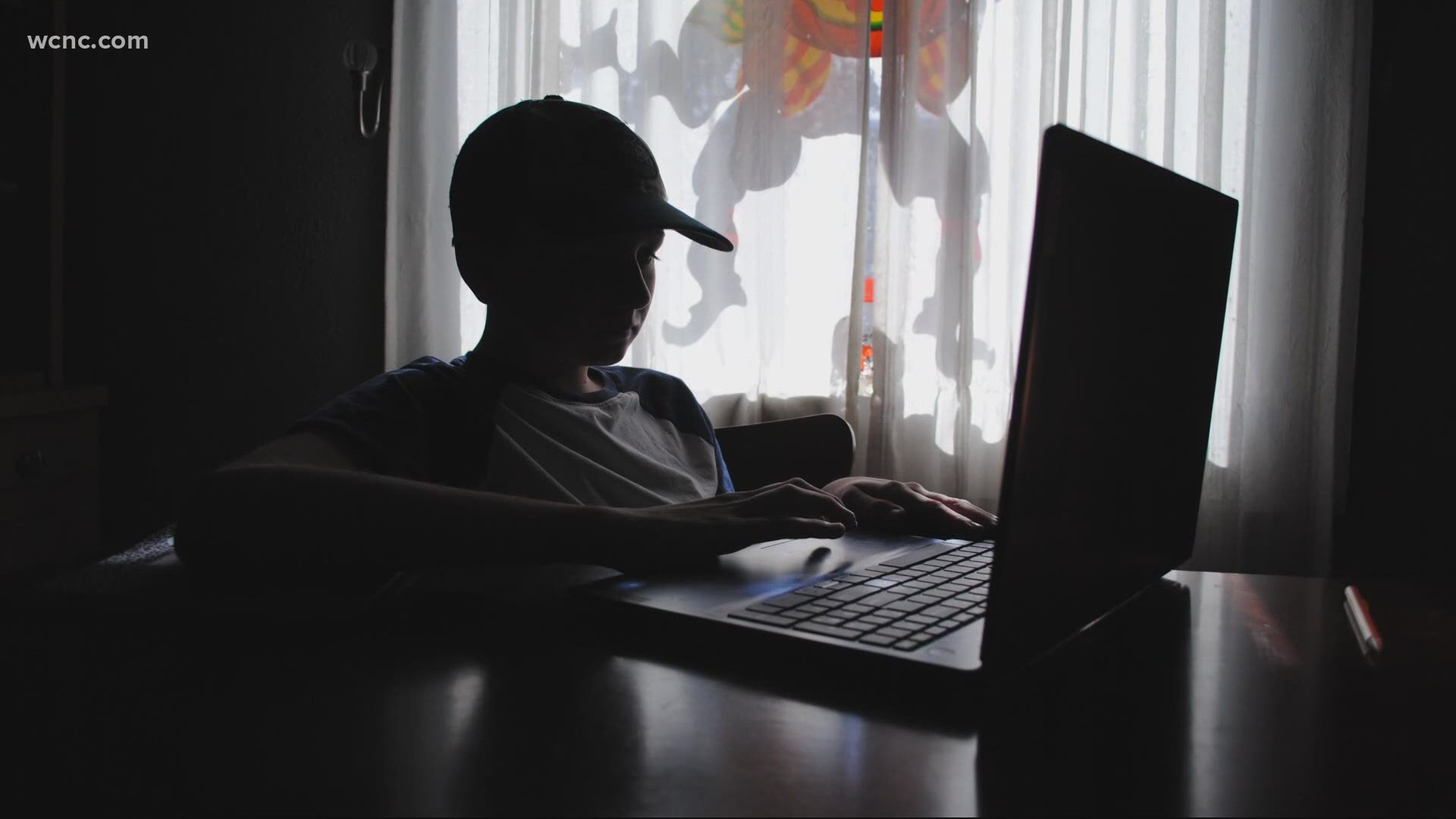 CHARLOTTE, N.C. — How great of an impact has the pandemic had on our youth’s mental health, no one yet knows. The data from 2020 is still being tallied. But doctors on the frontline of mental health in Charlotte, say they’re seeing an increase in patients.

“We’ve seen an almost fourfold increase in the number of intakes in a month,” Dr. Luis Betancourt, a child, adolescent and adult psychiatrist with Novant Health, told WCNC Charlotte. “So when we were seeing 20 to 25 patients every month, we’re now seeing 100.”

He said many of the patients he’s currently treating are experiencing anxiety.

“When you’re always scared and having negative thoughts and can’t see the future and are always uncertain about the future you get really sad, that’s why 30-plus percent of kids and adults get treated for anxiety,” he said.

Anxiety, however, is just one health crisis on the rise. Bentancourt said with schools out, kids can feel isolated and lack structure, creating a perfect storm when combined with stress brought on by the pandemic.

“If you think like that for a long period of time and you’re isolated with no supports, and mind you, you know parents are also under the same chronic stress, it leads to depression,” he said.

RELATED: Push to reopen schools could leave out millions of students

“So cutting behaviors, also an increase in the use of substances, illicit substances, that is a form of self-harm as well, you know, they’re harming themselves through substances,” he said, “I’ve also seen a lot of patients in the hospital secondary to attempt.”

Schools, he said, serve as a De facto mental health system for children and adolescents, and said many of his patients are suffering without them, adding that without school, many are also less physically active.

Annette Albright, a CMS parent and former administrator for the school district said she knows first-hand, the mental health issues the pandemic and virtual schooling can bring.

Prior to the pandemic, she said her social and energetic nephew was not only a star football player at Butler high school, but carried a near 4.0 GPA.

She said she first noticed a change this summer.

“He comes to stay with me about two weeks every summer,” Albright said.

But this past summer, instead of paling around with her son, who’s the same age, Albright said her nephew appeared depressed.

RELATED: Donations of shampoo and conditioner collected to help youth struggling with pandemic

“Usually they’re going to the pool, they’re out in the neighborhood, they’re meeting girls, but he was doing a lot of sleeping and was just not himself,” she said.

Now nearly a year into the pandemic, like many struggling with online learning, Albright said her nephew, who once loved school has lost interest and said his GPA is slipping while his absences are racking up.

“He will sign in to remote and walk away, he’s doing other things because he just can’t stand to sit there for that many hours,” she said.

Albright said she and her nephew’s mom are at a loss.

“It’s very sad because I don’t know what I can do," Albright said. "She’s reaching out, she’s desperate, she doesn’t know what she needs to do. All she knows is my son needs to be in school and it’s sad to watch."

Albright admits she was originally in support of schools closing at the beginning of the pandemic.

“The scientists, the CDC, they stated that we needed to close schools because we did not know enough about the virus,” she said.

Albright said she and her nephew’s mom thought virtual learning was something they both could handle.

“His mom is excellent with all her kids, all straight-A students, so I was thinking we could handle this, even with my son,” Albright, whose own son has ADHD, said.

RELATED: 'You can get the help you need, you can recover' | NC mental health advocate providing free training on signs of suicide

“He has ADHD so he needs the quiet, he needs the silence, he wants to get on his computer get his work done and get off,” she said.

But Albright said she’s been heartbroken watching her nephew deteriorate.

“These are two Black students who are the same age, they’re only months apart, but have very unique personalities and challenges,” she said, “So just because it works for one black student doesn’t mean it will work for the next Black student.”

Albright said she felt compelled to speak out on behalf of her nephew after hearing from many in the community that Black parents aren’t comfortable sending their kids to school, given the reported disparities with the virus.

“So, for parents to have that choice I think it’s absolutely their right," she said. “I can chose to keep my son at home because remote is working for him but my nephew and his mother need to have the choice to get him into in-person learning.”

On Feb. 9, the Charlotte-Mecklenburg Board of Education is expected to make a decision on whether or not to bring students back into classrooms for in-person learning as scheduled. As it stands right now, the district plans to welcome back Pre-K and K-5 students on Feb. 15, followed by middle and high school students on Feb. 22, if metrics allow, according to the district.

In November, CMS brought some elementary students back to school two days a week, but middle and high school students have still not stepped foot on campus for in-person learning since March.

RELATED: When will children be able to get the COVID-19 vaccine?

According to Betancourt, the sooner schools open the better, saying the longer that kids experience stressors, the longer it may take for them to heal.

“What did the chronic stress do?” is one question he said he’ll be looking to answer. “And how resilient is that brain to get better, to improve, to heal?”

Bentancourt said when looking at it from a neuro-scientific point of view, there can be damage much like with stroke patients.

“We know with strokes it’s speech therapy, occupational therapy, physical therapy and with those therapies it can get better over time,” he said. Also noting that with chronic stress, doctors don’t yet have the data.

“I think about it as how damaged are those neurons?” he said.