Passengers exposed to Hepatitis A on American Airlines flight to Charlotte

The CDC said a male flight attendant on the flight had a confirmed Acute Hepatitis A infection. 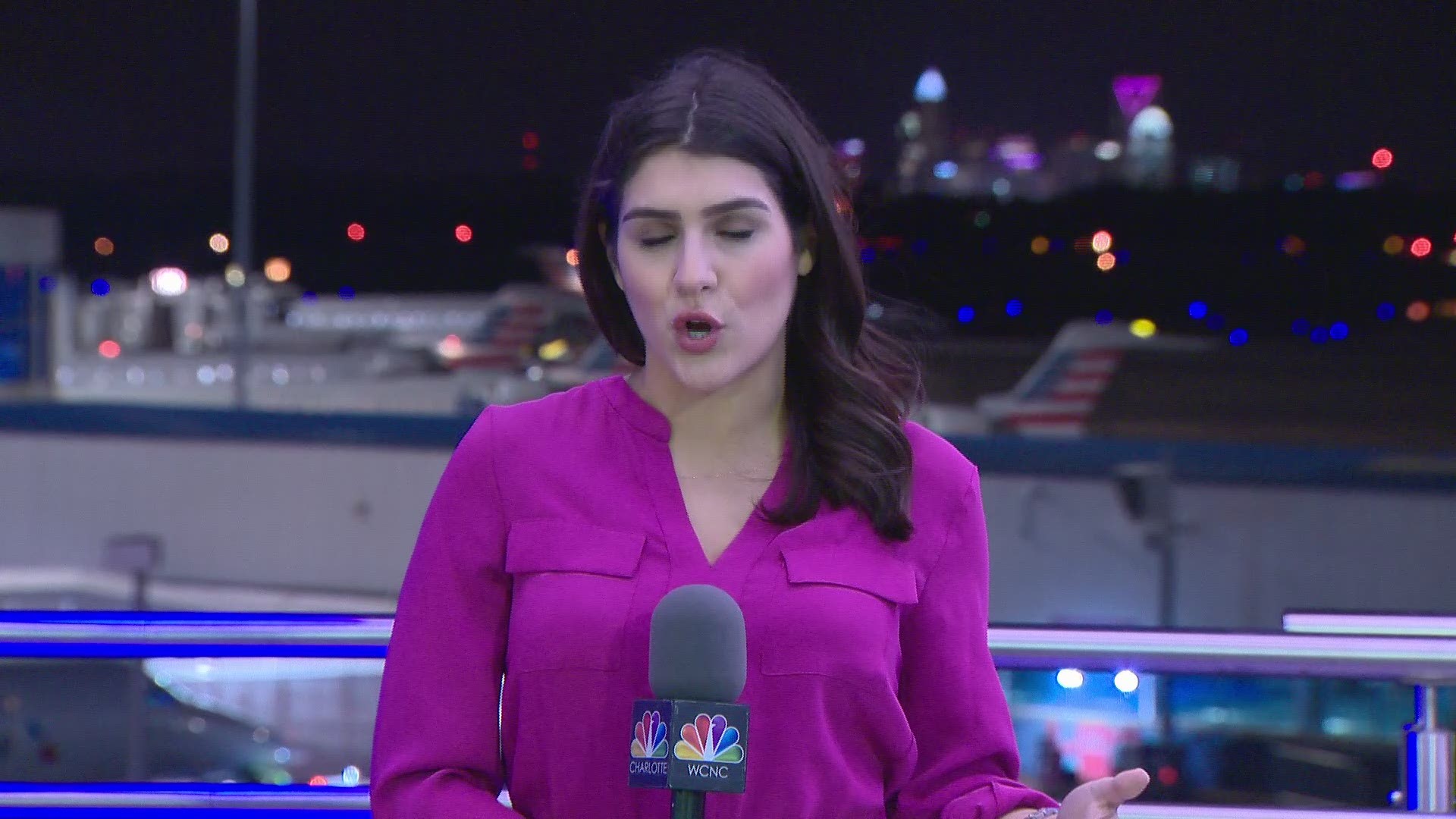 CHARLOTTE, N.C. — A plane full of people was exposed to Hepatitis A on a flight from San Francisco to Charlotte.

It happened on September 21 and the Mecklenburg County Health has contacted the people locally who were on the flight. They say there is no immediate threat to the public.

“Well I certainly wouldn't want to get Hepatitis A from an airplane flight,” Robert Johnson of Charlotte said.

“You don't know if it’s from a preparer or a fellow passenger, you don’t really know how it got to you, that would be the scary part,” Jason Drake said.

The Centers for Disease Control and Prevention confirmed that the outbreak originated from a flight attendant. The CDC was notified on October 1 that a male flight attendant on the flight had a confirmed Acute Hepatitis A (HAV) infection.

The incubation period for HAV averages 28 days with a range of 15-50 days, according to the CDC. The HAV infectious period starts two weeks before symptoms and ends one week after symptoms resolve.

Post-exposure prophylaxis (PEP) in the form of either Hepatitis A vaccine or an injection of immune globulin is recommended for anyone unvaccinated who has been exposed to Hepatitis A virus. It's effective if given within two weeks of exposure to the virus, according to the CDC.

The CDC determines the need for contact investigation for HAV cases based on if the contagious person handled food or beverage, and if they had symptoms during the flights.

The flight attendant in question had diarrhea on several of his flights within the infectious period, according to the CDC. Because of that, contact investigations were done to notify passengers.

The airline is also notifying other crew from those flights.

A representative for American Airlines released this statement:

“The safety of our customers and team members is our top priority. We are in close contact with the Centers for Disease Control and Prevention (CDC) and public health officials and will coordinate with them on any required health and safety related measures.”

Health officials say it is highly contagious and can spread very quickly if it is not controlled. Symptoms include fatigue, loss of appetite and nausea and most kids won't even show symptoms.

Hepatitis A can be prevented with vaccinations, and all 18 people on that flight to Charlotte were given it after the fact. Health officials are urging others to follow suit.