North Carolina's health secretary said she will continue to evaluate whether to release more information about nursing home outbreaks. The state reports 43 in all. 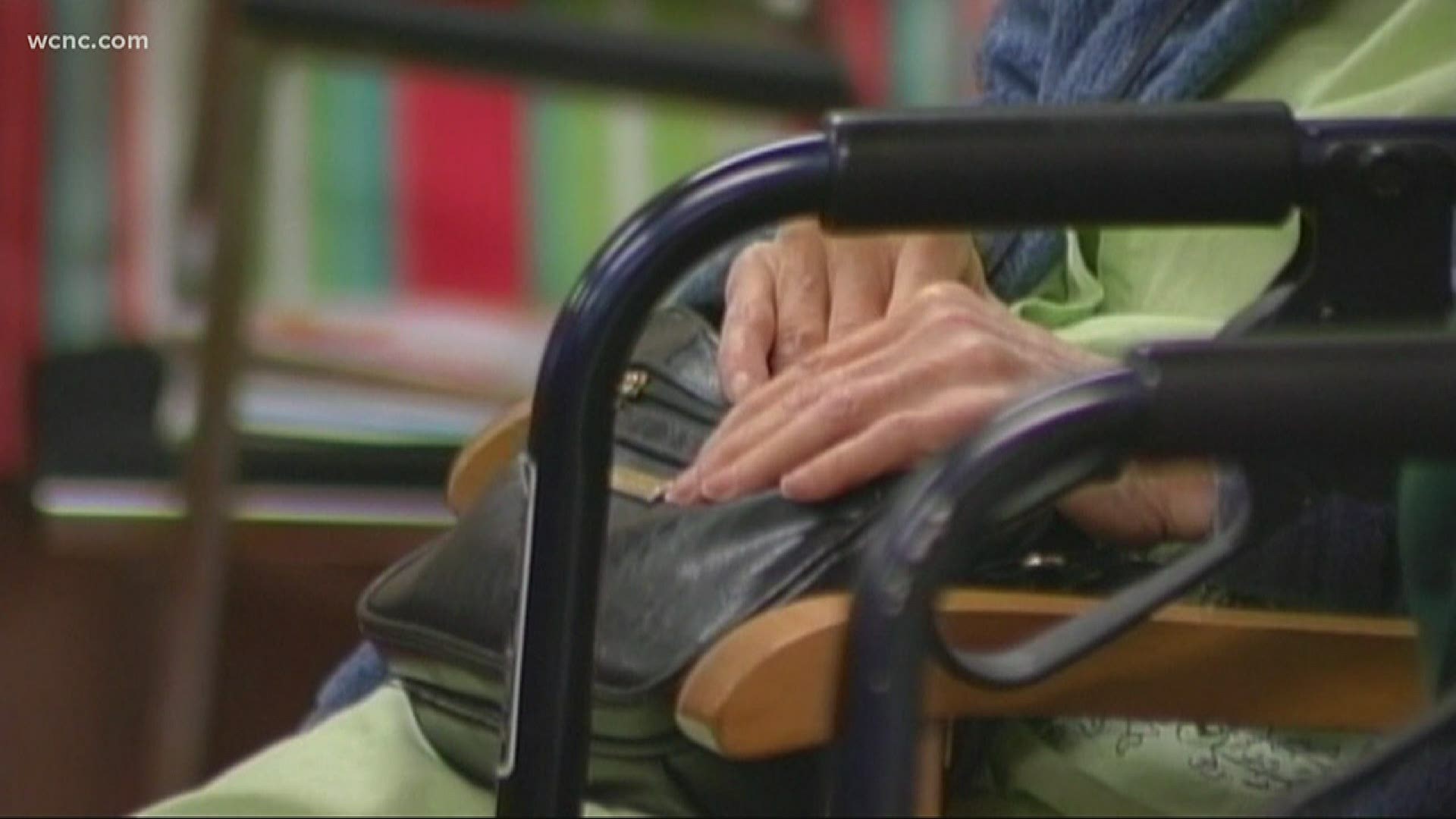 In most cases, we don’t know which facilities are impacted, because the state and Mecklenburg County, home to the most outbreaks with seven, have opted against releasing specifics.

They cite patient privacy as the primary concern, but Health Director Gibbie Harris also said the cases here don’t currently pose a threat to the greater community, indicating the numbers at each facility are small rather than large. In order for the state to consider something an outbreak, there must be two or more confirmed COVID-19 cases.

“We’ve been able to work with those facilities to contain the infection, the spread of it,” Harris said when questioned. “They don’t really pose much of a threat to the community at this point in time. If we were to have a large outbreak where we may have more concern about that, we may very well release that name.”

In three neighboring counties, public health officials have named names, including identifying 96 cases at Citadel in Salisbury, 67 at Five Oaks Rehabilitation in Concord and 12 combined cases between Monroe Rehabilitation Center and Woodridge in Union County.

With vulnerable populations and staff who come and go, the state started releasing county-level information this month, while at the same time trying to protect privacy.

“I think we’ve put out the information needed to help public health,” Health Secretary Dr. Mandy Cohen said. “We want to release enough information to help everyone understand the public’s health, knowing that there’s a nursing home in your county feels like important information…We will continue to evaluate this. We have heard multiple times folks want more information. We hear that. We’re trying to strike the right balance.”

He said the law only allows for the release of the minimum amount of information and only if it will help control the spread of the virus.

“There is no general public right to know even though there’s a public health emergency. Everything is turning on, will the disclosure actually assist public health officials in controlling the spread of the disease and are you still respecting confidentiality as much as you can by making sure you’re not more information than needed,” he said. “Is now naming them and alerting the public adding any additional protection value while potentially infringing on the privacy rights of the residents?” 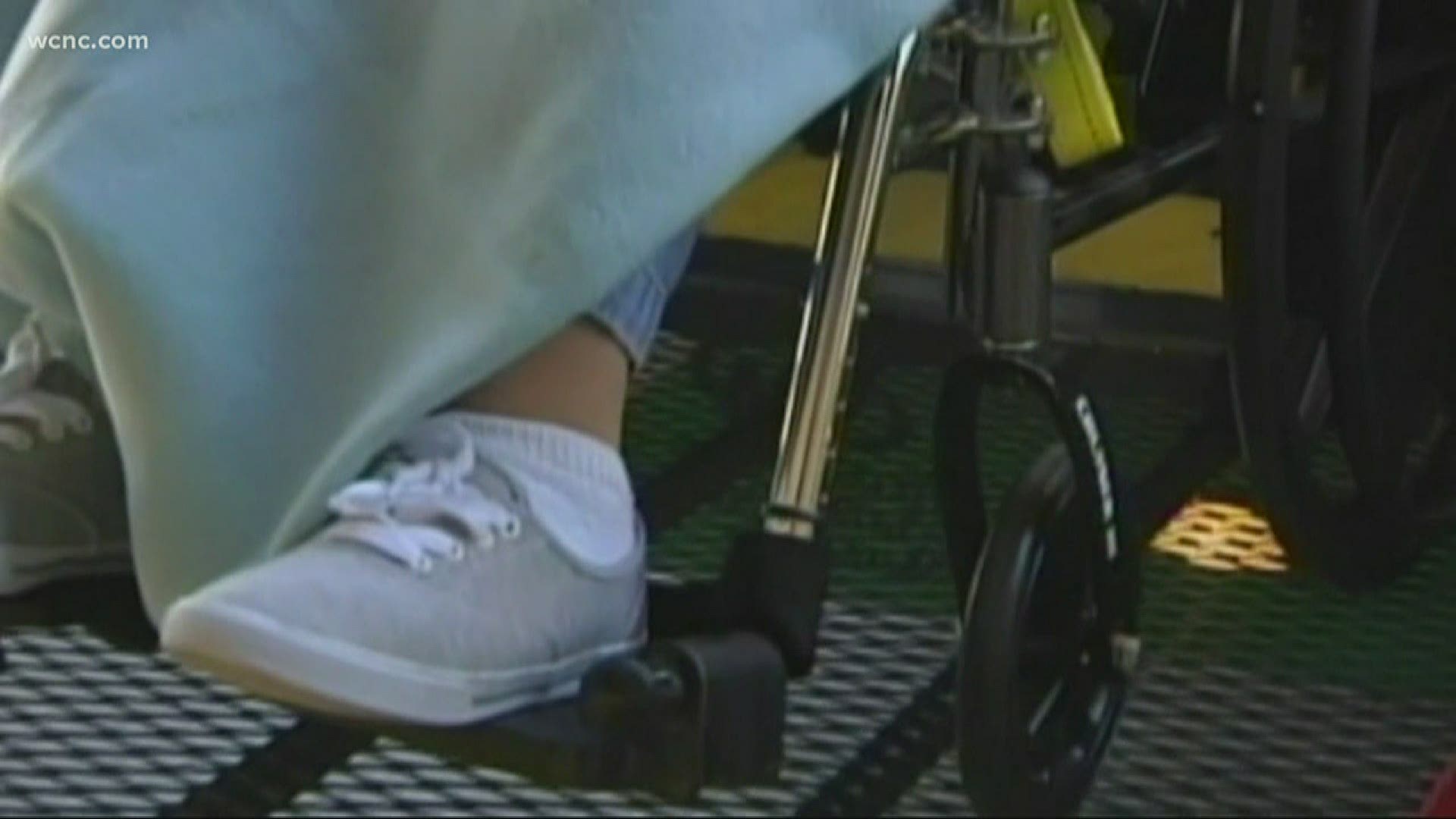 Andrea Watson says a member of her household works at one of these places. That person wanted to remain anonymous to protect her job, but she is in food service at a Mecklenburg County senior living facility.

"She's severely asthmatic. She has to use inhalers and nebulizers every day," said Watson.

In other words, she's considered at-risk for COVID-19 complications.

Watson says, for the sake of her loved one and the rest in her home, she'd like to hear specific updates from health officials when a nursing home outbreak happens, hearing where and how many people are affected.

"She's scared. She's told us that she is scared about what is going on," said Watson. "This is an unprecedented event in our time, and, unfortunately, in order to protect everyone else, we need to release that information."

Colorado recently released a list of nursing homes impacted in that state, including deaths by the facility. Dr. Cohen pledged to research further.

“I’ll look at what Colorado has done,” she said. “I’ll call my colleagues there to ask them how they are wrestling with this, that same tension.”

As health officials continue to assess the COVID-19 pandemic, some local facilities have disclosed cases on their own. Pruitt Health identified seven cases at the NC State Veterans Home in Salisbury, including two deaths.

Sharon Towers confirmed one case affecting an independent living resident earlier this month. The chief operating officer said Thursday the facility has not experienced any other confirmed cases.

South Carolina is releasing fewer details than North Carolina related to nursing home cases but generally identified 39 health care facilities with at least one positive case, accounting for 84 cases in all, as of Tuesday.

“To protect patient privacy, DHEC isn't reporting the names of medical facilities affected by positive cases of COVID-19 unless announcing that detailed information is necessary to protecting public health,” a South Carolina Department of Health and Environmental Control spokesperson said Thursday. “Please note, as of March 13, public visitation to these types of facilities has been stopped in an effort to protect both the vulnerable population of residents as well as any outside visitors.”