Tega Cay police added a new tool in their war against drugs and it comes in the form of a 2-inch packet. 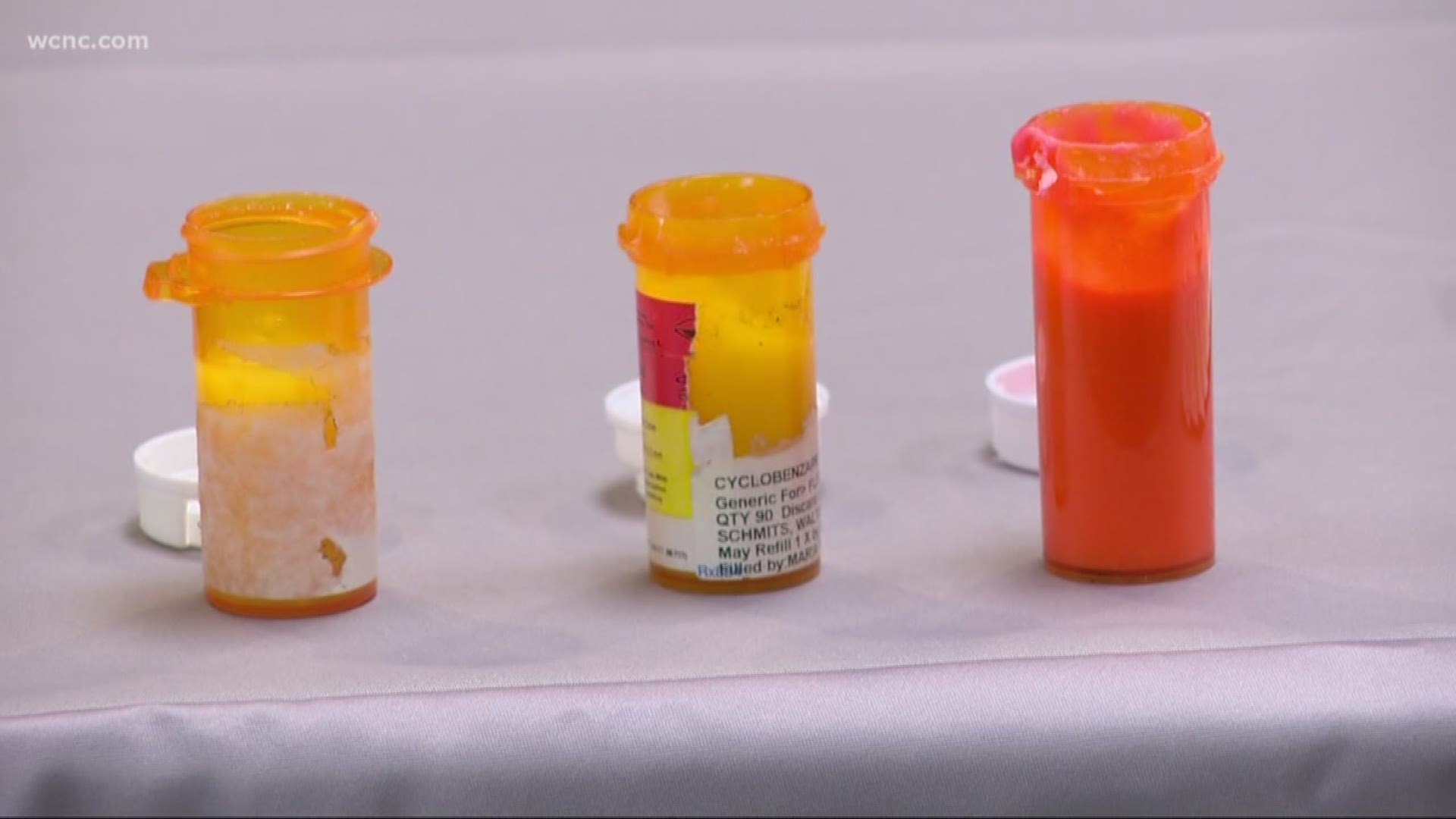 YORK COUNTY, S.C. -- Tega Cay police added a new tool in their war against drugs and it comes in the form of a 2-inch packet.

The police department partnered with Rep. Ralph Norman Monday morning for a show-and-tell on "Dispose Rx."

When the contents of the packet are mixed with water, the substance renders potentially harmful prescription drugs useless.

As Lieutenant Buddy Pence demonstrated, users simply add water to the prescription pill bottle, pour the packet into the bottle, place the top back on top, shake the contents and within a few seconds, the pills turn into a thick gel.

The bottle and gel can then be thrown right into the trash, officers said.

The Tega Cay Police Department was awarded a grant for the packets by AmerisourceBergen, a wholesale distributor of pharmaceutical products.

Susan Lorenz-Fisher, Senior Director of Corporate Citizenship for AmerisourceBergen, says the packet could be a major disruptor in the illicit prescription pill supply chain.

"Nearly 40 percent of those who have misused prescription pain medication over the past five years obtained the drugs from a friend or a relative," she said.

The Tega Cay Police Department currently has 400 packets to distribute to the public. If the supply runs out, the company vowed to provide more.

Rep. Norman, who co-sponsored legislation this session to allow law enforcement to dispose of narcotics when the drugs are obtained through a take-back program, said he hopes other communities will make the packets available to their citizens as well.

"There's no better dollar spent than the prevention of this tragic disease," Rep. Norman said. "The numbers of people who are affected, to see the parents, to see the children, it's a crisis that we have got to deal with."