The teenager posted alleged pictures of CT scans that showed the negative effects of vaping. 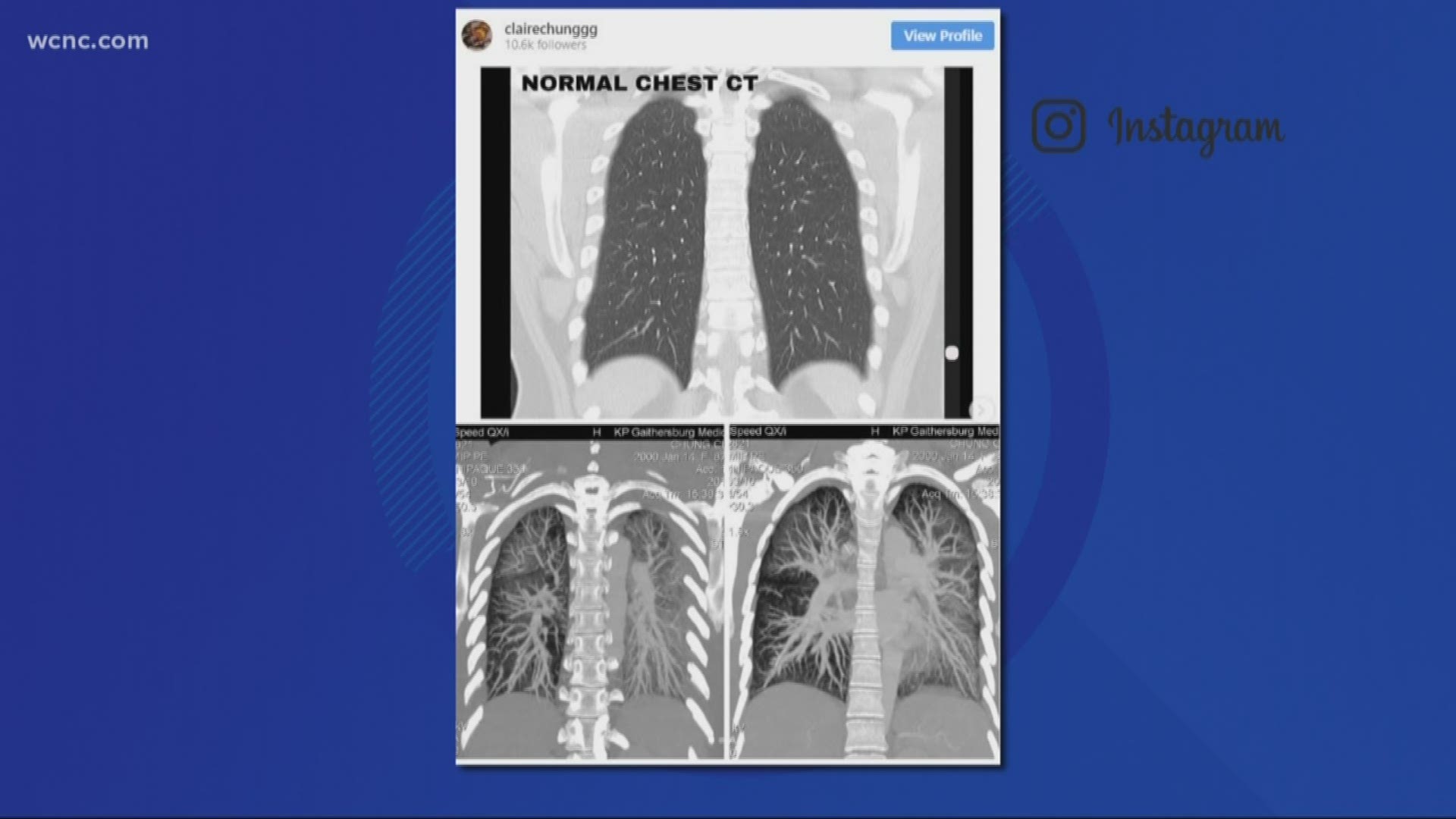 CHARLOTTE, N.C. — CT scan images posted online by a Maryland teenager are getting a ton of traction after it shares her apparent scary experience with vaping.

Vaping is an epidemic that's been gripping the nation, thousands of people have gotten sick and nearly 40 have died, all from vaping. Doctors are trying to find ways to treat this brand-new illness.

The Instagram post showing a CT scan has 86 thousand likes and the poster says it shows the impacts vaping has had on her body. WCNC NBC Charlotte reached out to her but she hasn’t returned the messages.

"We have certainly seen CTs that are similar to this in vaping patients,” he says.

The poster says she was sick for weeks before she landed in intensive care.

“The top frame appears to be a normal CT scan. The bottom frames show increased areas of opacification or whiteness if you will, that indicates some kind of pathologic processes going on in the lung,” Dr. Alleyne explains of the post.

WCNC can't 100 percent verify the legitimacy of the social media post but the doctor says the danger is real.

Alleyne has seen several cases of vaping related illnesses in his office and it's a problem for people across the nation. North Carolina was the first state to file lawsuits against e-cigarette companies, going after the way they advertise to kids and teens. This as companies like "pod plug" make them even more accessible, vending machines putting vaping products at your fingertips are popping up in clubs near Chapel Hill and Columbia.

As lawmakers work to protect people from this new craze, doctors are trying to navigate how to treat it, the long-term effects still unknown.

To keep e-cigarettes out of the hands of teenagers, the FDA is now banning flavored pods, except for menthol.

RELATED: FDA raises minimum age to purchase tobacco from 18 to 21