3 worst intersections for crashes in the city of Charlotte

Two of them are in uptown. The other is ranked as the absolute worst for the second year in a row. 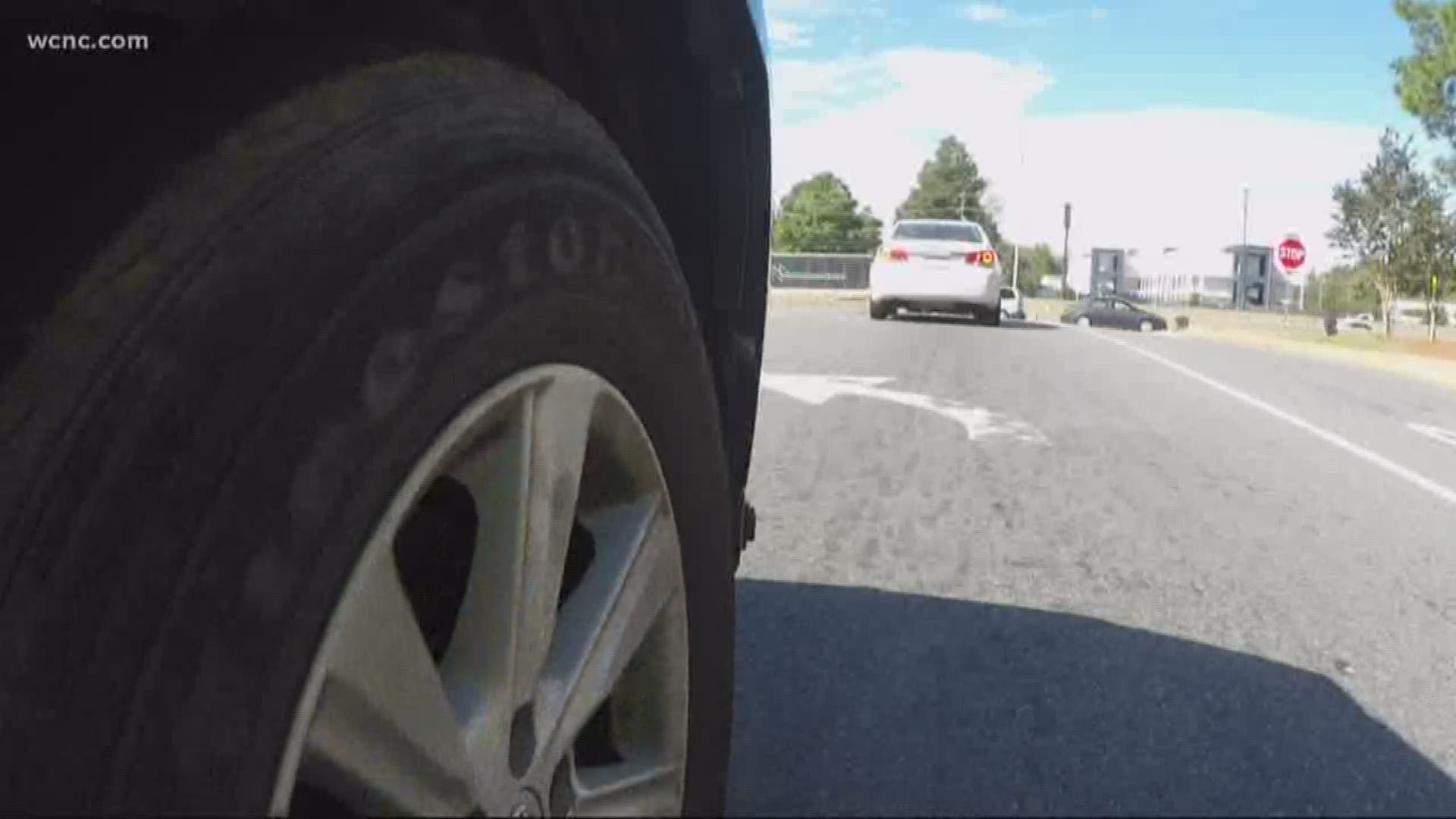 CHARLOTTE, N.C. — More than 266,000 people drive through the 10 Charlotte intersections with the highest crash rates.

That's according to the city's 2017 High Accident Location List, provided to NBC Charlotte at the Defenders' request.

The intersection at Reagan Drive and Tom Hunter Road is ranked as the worst intersection for the second year in a row. It's on the northeast side of the city and runs parallel to Interstate 85.

"I have to travel with my kids inside the car, and I don't want to get hit," said Jonathan Minaya, who lives nearby. "Actually, one of my friends got hit over there."

The city added two new stop signs this summer, making it an all-way stop, which Minaya said has helped some.

"It's getting better now," Minaya said. "Sometimes you see a lot of people driving by the stop signs like crazy. No respect at all."

The intersection of East 11th Street and North College Street in uptown comes in a distant second. It's been home to 70 crashes over a three-year period and made a big jump on the list from the year before when it came in at number 19.

Cam Newton knows something about the third worst intersection. The Carolina Panthers quarterback crashed at the intersection of South Church Street and West Hill Street in 2014, flipping his truck and getting hurt after a car hit him.

After the crash, the city added an over-size stop sign and a warning sign. The city will install a new traffic light in the coming weeks.

The following intersections round out the top ten:

As part of a new initiative, Charlotte is moving away from using this annual list, in hopes to treat every crash equally instead of focusing on roads where crashes have more serious results.

The city's in the process of coming up with a map called the "High Injury Network," complete with an action plan that includes public education, engineering changes, and enforcement.

"The city does that so we can spend our dollars where they do the most good, where they have the most impact," Berry said.

Some of the future changes drivers can expect at some of the high injury locations include expanded curbs to shorten crossing distances for people walking, stop signs, traffic signals and more traffic calming devices like speed bumps in neighborhoods, according to Berry.