"It's kind of like having a time bomb or a loaded gun right behind your head, you just have no idea when it's going to go off." 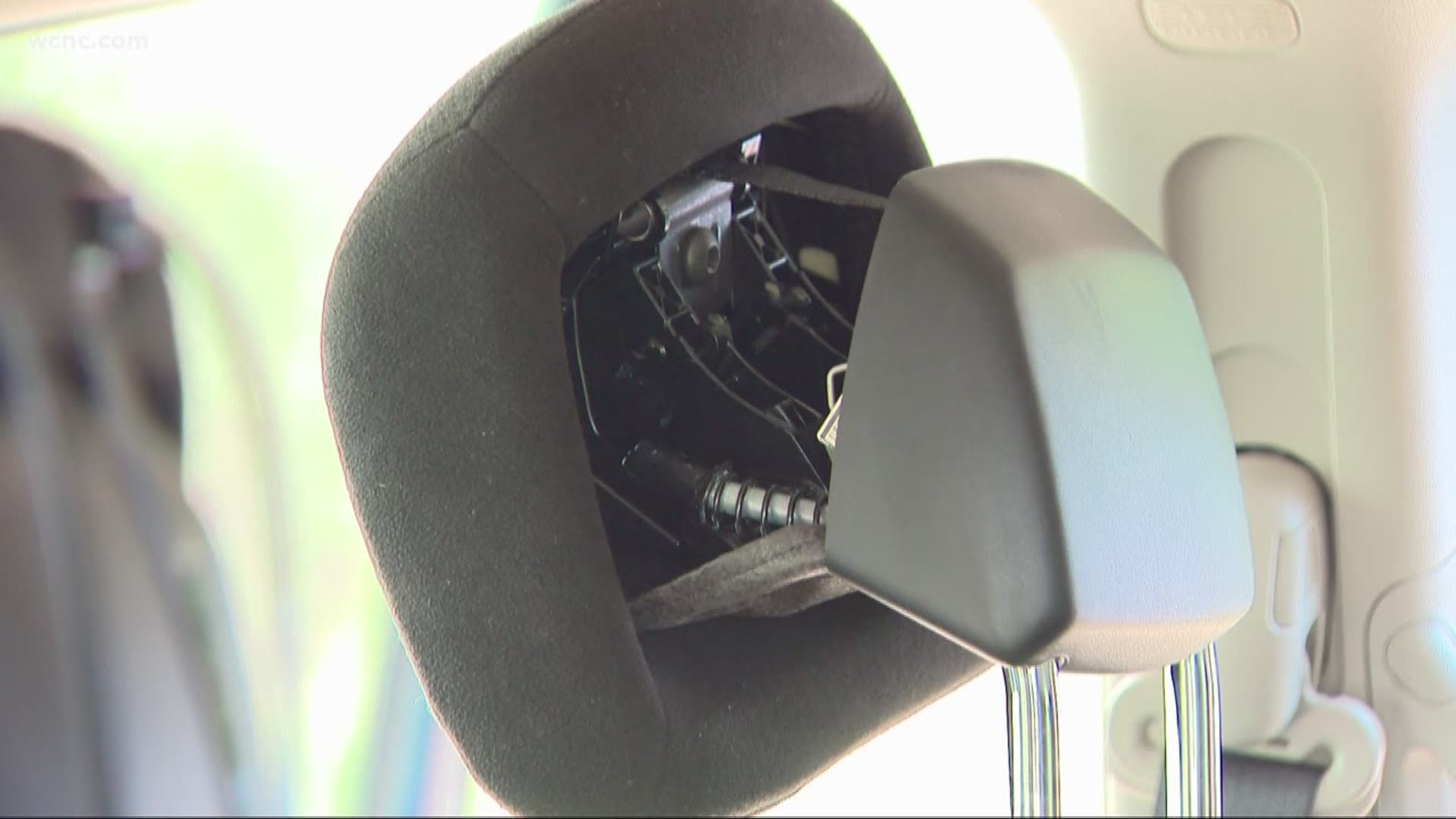 MOORESVILLE, N.C. — A Mooresville mom-to-be says the headrest in her Dodge Caravan activated, without explanation.

When she investigated the issue and cost to repair, she was told it’s on her.

So what did she do? She decided to “Get McGinty” to make things right and help warn other drivers about what she says is a danger.

Elizabeth is out driving her 2015 Dodge Caravan, ever conscious that the headrest a few inches behind her, may pose a threat. Elizabeth says “it’s kind of like having a time bomb or a loaded gun right behind your head, you just have no idea when it’s going to go off.”

Elizabeth says they got back from a trip a few weeks ago and all seemed fine, but the next morning when she went out to her dodge caravan, she saw this! The passenger side headrest had deployed out, something she didn’t even know that was possible.  She says she’s glad she wasn’t driving when it happened and added: “this is a serious road hazard in what is supposed to be a safe and reliable family vehicle.”

Crash test video from the National Highway Traffic Safety Administration shows how a headrest is supposed to work in a rear-end crash in most vehicles, this one Chrysler says, is designed to deploy forward to lessen whiplash.

Why it burst without a crash is beyond explanation. But it’s not an isolated incident, the internet has other stories just like it, a deployment but no crash.

And there is a class action suit in Florida with drivers saying they have neck and head injuries because of it. The price to fix and replace this non warrantied item? Almost $900.00, money this expecting mom says she just doesn’t have, not for that anyway.

Elizabeth says “personally, I have actually zip tied the headrest so it can’t deploy again…”

That just won’t do, so that’s where I come in. After shooting this story I contacted Chrysler who told me they’d investigate. Two days later, Fiat Chrysler contacted Elizabeth and she says they told her they’d fix and pay for the broken headrest and they’ll replace the driver’s side too… free of charge.

FCA responded to NBC Charlotte with this statement saying “FCA US vehicles meet or exceed all federal safety requirements. Customer safety is paramount at FCA US. Active head restraints enhance vehicle safety. Evaluations confirm that even in the rare event of inadvertent deployment there is no unreasonable risk of injury. Absent such risk, there is no safety defect. FCA US strongly objects to any alternate characterization.

The National Highway Traffic Safety Administration added this comment about the situation:

“NHTSA is aware of this issue and is actively monitoring complaints filed by consumers to evaluate if the part poses a safety risk. There have been no known crashes caused by this issue, and consumers should report any issues to Fiat Chrysler Automobiles, as well as NHTSA or by calling 1-888-327-4236. NHTSA will continue discussions with the manufacturer about remedying this part and will not hesitate to act if a safety defect is identified.”

Additionally, here is some background on the recall process and safety defects: This brochure explains safety defects and recalls. Recalls are conducted when a vehicle or part is not in compliance with Federal Motor Vehicle Safety Standards or there is a safety-related defect. Page 3 lists examples of safety defects.