The total cost to install a new water heater was $1,177. But the Select Home warranty they have denied the coverage -- citing their exclusion on leaks. 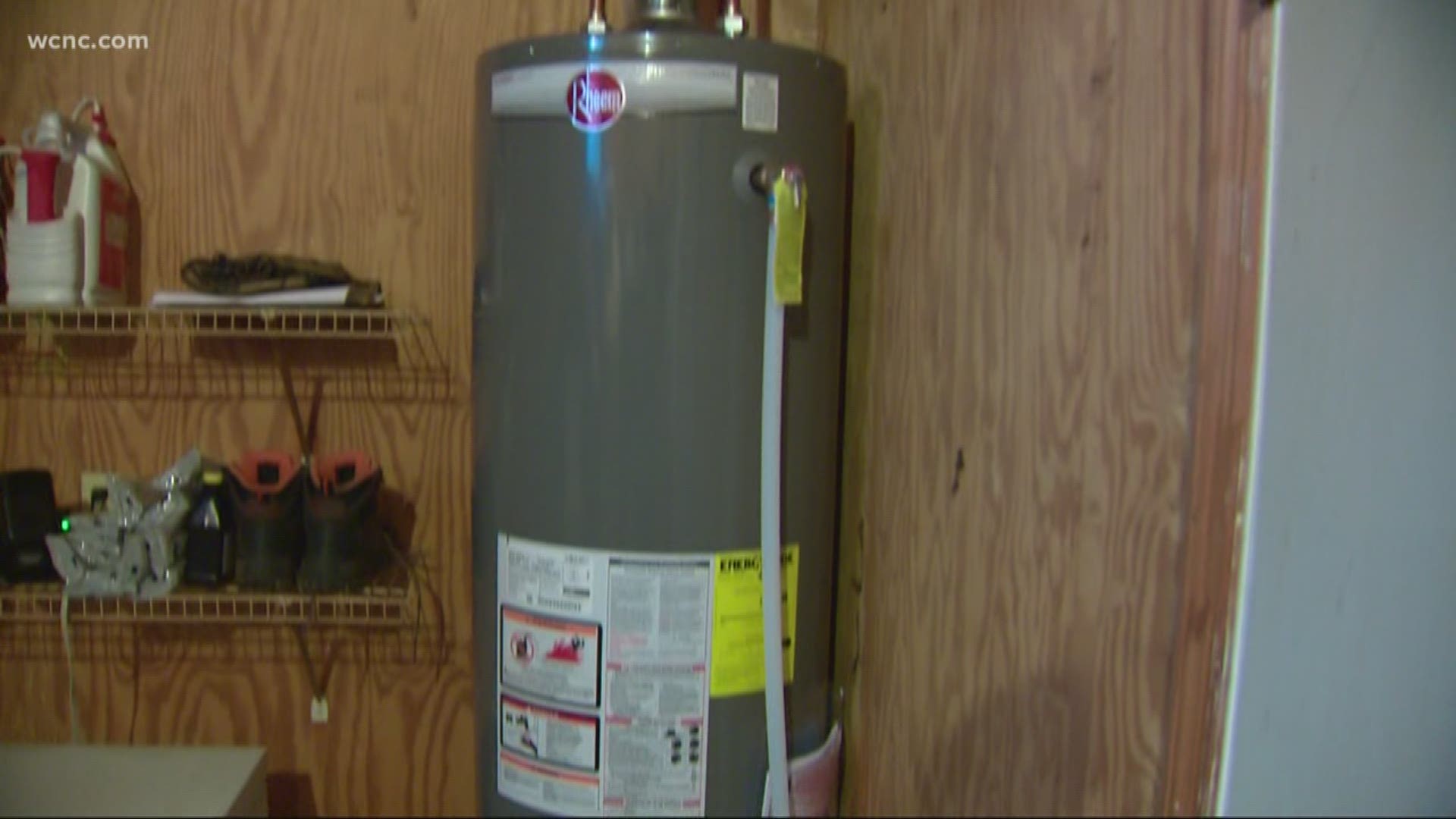 CHARLOTTE, N.C. — A Gastonia family set out to Get McGinty after their warranty company said “no deal” when they tried to sue the warranty to fix a major household appliance that broke.

I'm not a fan of these aftermarket warranties and have said so many times. So what’s the catch here?

The scene in Amy White’s house played out something like this, with Amy saying, “It started gushing water from the control panel.”

No one is ever prepared for the hot water heater to go, but if you own a house, you know things fail.

It’s why Amy said she insisted on a home warranty when they bought the house.

“We just wanted to cover all the systems in the house so we would be covered in a situation like that," she said.

“It wasn’t just a leak; it was a gush, and it flooded the whole room out there and he said it was going to have to be replaced,” she said.

The total cost to install a new water heater was $1,177. But the Select Home warranty they have denied the coverage -- citing their exclusion on leaks.

Isn’t reasonable to assume that when a covered part fails on a water heater, a leak may happen? Sounds like a pretty good out for the company to then have leaks excluded.

No matter what warranty you have, Better Business Bureau President Tom Bartholomy said you need to read it thoroughly.

“Those exclusions are likely detailed and very thorough, and you find yourself asking, what do they cover?" said Bartholomy.

Select Home Warranty has a D rating with the better business bureau and has 2,352 complaints against them over the last three years, closing more than 1,000 of them in the last 12 months.

Complaints ranged from warranty to service issues. They have yet to respond to me about this issue; the only thing I got back was an automated receipt.

That means Amy may have to shoulder the load and considers that $570 spent on the warranty money down the drain. However, she said she will fight.

“Well, I feel like it was a waste of my money if they are not going to cover what they said they would," she said.