One North Carolina man told the NBC Charlotte Defenders team he’s been getting nearly 30 packages a week since July and had no idea why. 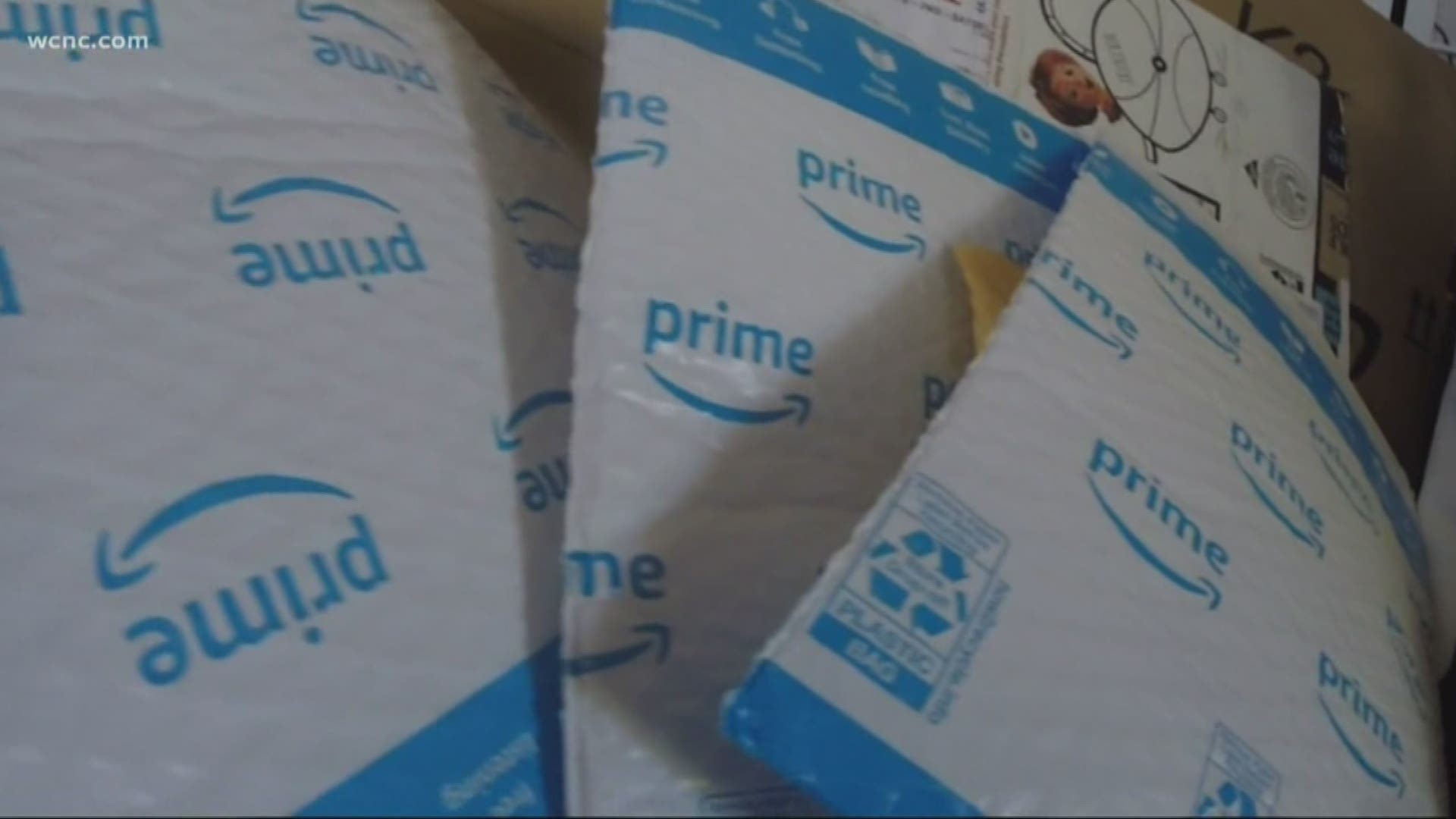 CHARLOTTE, N.C. — What would you think if dozens of Amazon packages you didn’t order showed up on your doorstep -- addressed to you?

It might sound like Christmas came early, but the Better Business Bureau (BBB) is warning it’s actually part of a scam called "Amazon brushing" intended to falsely inflate online reviews.

It’s bad news for both shoppers and victims of this bizarre scam, which could hit your home next.

One North Carolina man told the NBC Charlotte Defenders team he’s been getting nearly 30 packages a week since July and had no idea why.

Free gifts pilling up on your doorstep might not feel like much of a scam. But if you ask the people targeted by this strange con, it’s getting old fast.

The BBB just released a warning about "brushing". Essentially, it’s a ploy by Amazon vendors, often overseas, to falsely boost their reviews.

They send the so-called gifts to real people then leave a fake review after the item ships.

That way it’s listed as a "verified purchase" review which carries more weight.

It’s becoming a nightmare for victims receiving endless boxes of useless stuff. Plus, with all these fake reviews floating around, how can you trust what you’re buying is actually a good product?

Some free sites like FakeSpot help with exactly that. You just plug in the link to a product, and the site’s algorithm analyzes reviews to determine if they’re legitimate.

Amazon said they’re aware of the problem and they work to "ban all vendors and reviewers who abuse the reviews system." They also never charge recipients for the mystery gifts.

But the perplexed recipients said the site isn’t able to actually put a stop to the deliveries, and they’re starting to feel boxed in.

Further, the BBB warns, "The fact that someone was able to have the items sent to you as if you purchased them indicates that they probably have some of your Amazon account information."

"Certainly, they have your name and address and possibly, your phone number and a password. Once the information is out there, it could be used for numerous crooked enterprises," the BBB added.