Three years after a local group filed a complaint against Judge V. Stuart Couch, he received a promotion to the Board of Immigration Appeals. 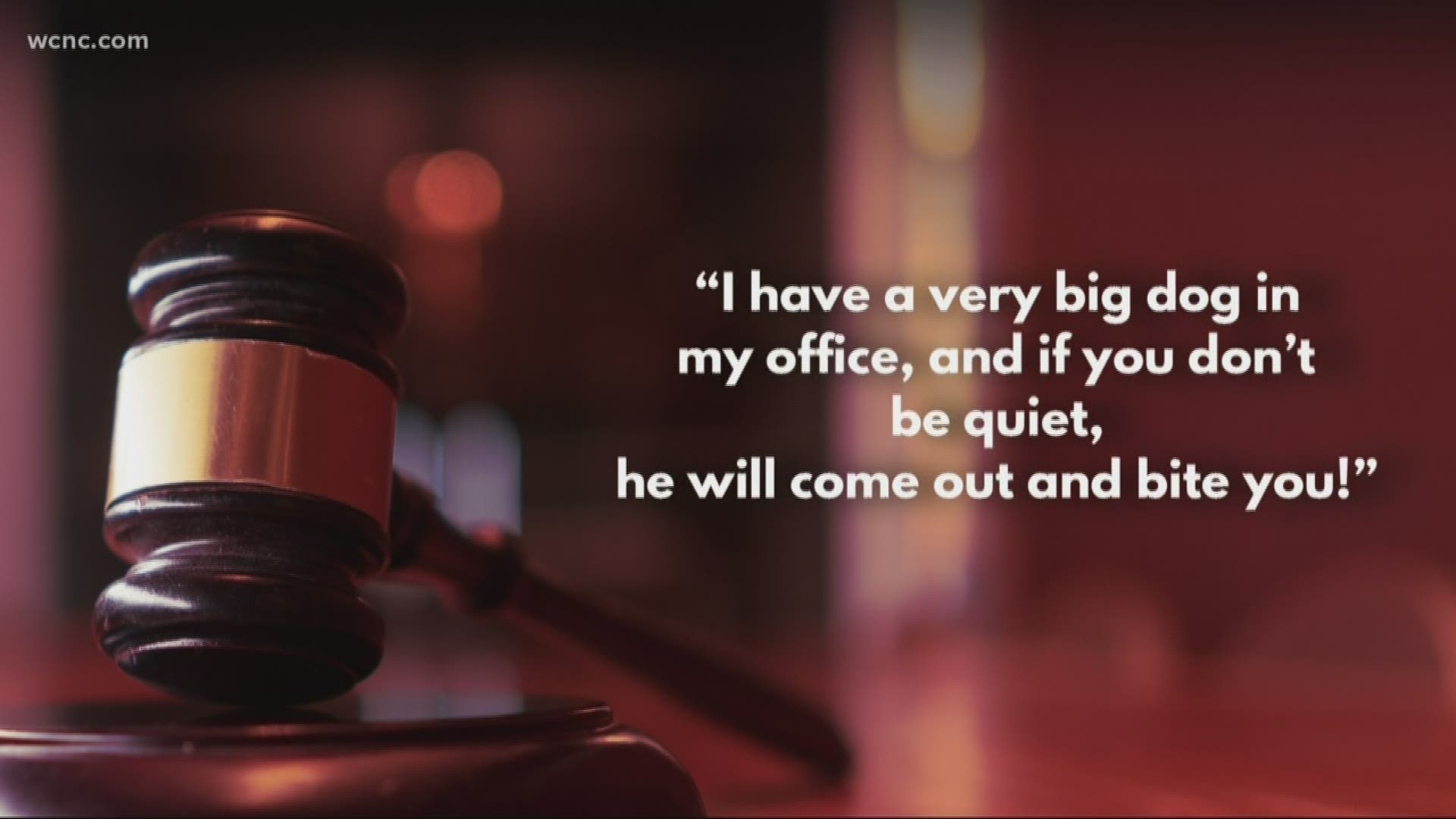 CHARLOTTE, N.C. — A Charlotte immigration judge reportedly threatened to sic a dog on a fidgety 2-year-old in his courtroom three years ago. Recently, he received a promotion to the highest immigration court in the country.

As first reported by Mother Jones, the Trump administration appointed Judge V. Stuart Couch to the Board of Immigration Appeals last month, three years after the Charlotte Center for Legal Advocacy filed a formal complaint against him.

Executive Director Kenneth Schorr filed the complaint with the US Department of Justice in April 2016 after one of the group's paralegals said she witnessed the longtime judge cross the line with the child.

"The child was calm, but was making some small babbling noises while the judge was doing the roll call..." the paralegal said in a statement. "...The judge showed signs of frustration and proceeded to use an extremely strong tone of voice with (the boy) while forcefully pointing his finger at the child. On multiple occasions, he demanded that the child sit down and be quiet. When the babbling continued, the judge continued with an even higher level of forceful language and yelled:  'I have a very big dog in my office, and if you don't be quiet, he will come out and bite you!'"

The statement continues, "The child continued to squirm a bit in the chair, and the judge proceeded to yell '(the child's name) Want me to go get the dog? If you don't stop talking, I will bring the dog out. Do you want him to bite you?' The judge was yelling at the child directly. The judge would continue questioning the child until he would answer the judge's questions with a 'si' or a 'no.'"

According to the complaint, Judge Couch, a Marine Corps veteran, threatened other children previously as well.

"(The judge) then stated that: (paraphrased) usually when I threaten children with scary animals, it works. Not with this kid," the paralegal wrote.

If true, the behavior flies in the face of ethical and professional standards, which require judges to be "patient, dignified and courteous, and should always act in a professional manner towards all litigants, witnesses, lawyers and others with whom the Immigration Judge deals in his or her official capacity, and should not in the performance of official duties, by words or conduct, manifest improper bias or prejudice."

"I was outraged," Schorr said when he learned of the alleged behavior. "The child was terrified. I had never before heard of a judge from the bench threatening a child with physical violence multiple times during a hearing."

"I investigated the complaint and discussed with Judge Couch his handling of the case," Assistant Chief Immigration Judge Deepali Nadkarni said. "Judge Couch acknowledged he did not handle the situation properly and assured me it will not occur again."

While he pledged it would never happen again, it's unclear if he faced any formal discipline.

According to the judge's biography, before Attorney General William Barr appointed him in August to the Board of Immigration Appeals, he presided as an immigration judge in Charlotte from October 2010 to August 2019.

Schorr said he couldn't believe the federal government promoted the judge after the complaint.

As Judge Couch transitions to his new job, we're told he's still hearing cases in Charlotte. We've reached out to the Department of Justice and requested comment from the judge.

"I have to reiterate that Immigration Judges (or any EOIR) cannot accommodate interviews," Nance said.

As NBC Charlotte previously investigated, Charlotte's immigration court is already considered one of the toughest in the country for its deportation rates. The courtrooms are often filled with children.