A CMS spokesperson said the district is moving forward with a roof replacement project at Butler, which is set to begin this summer. 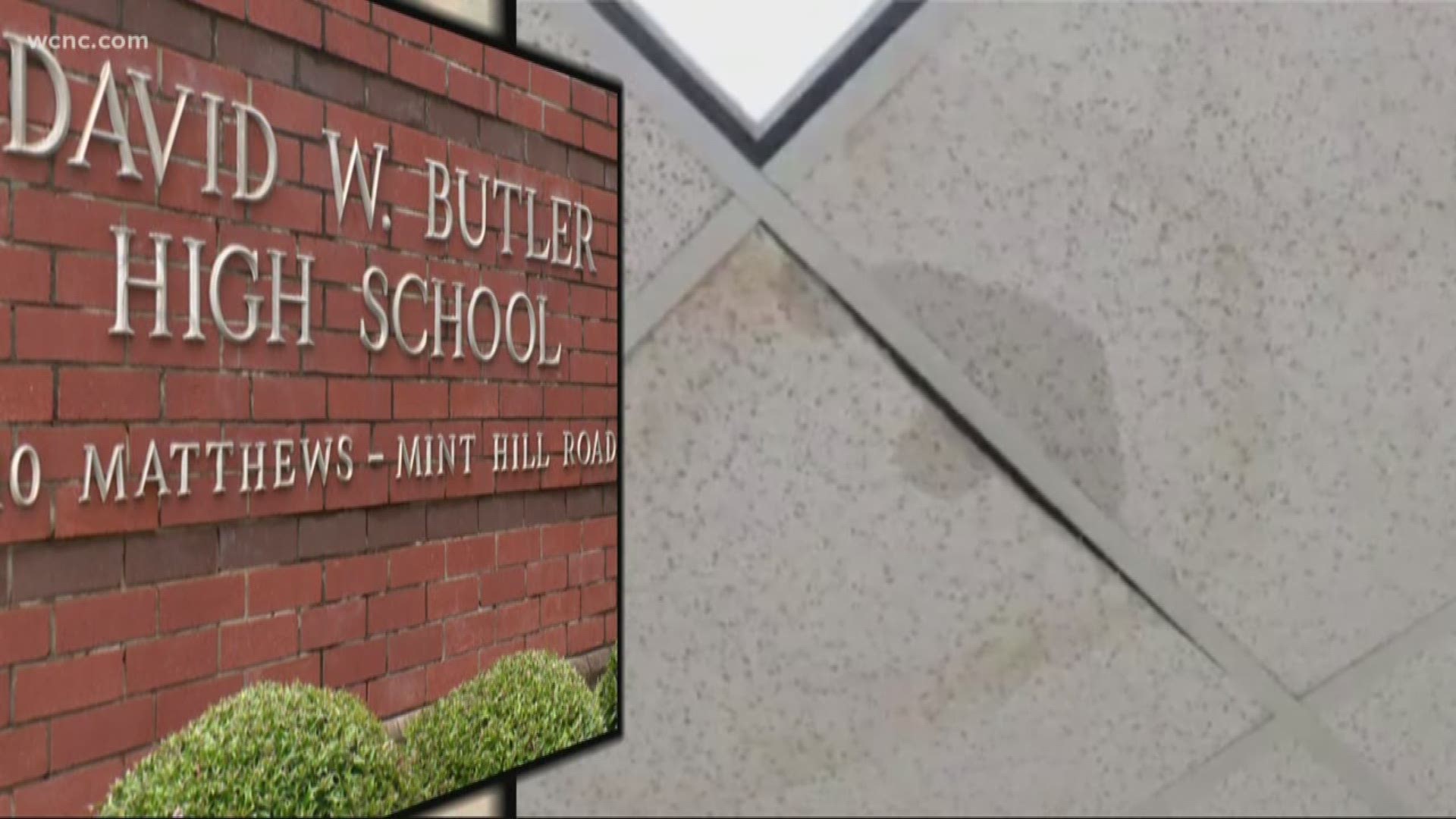 CHARLOTTE, N.C. — Charlotte-Mecklenburg School made temporary repairs to a leaky Butler High School roof after a teacher tweeted video of the longstanding problem. The district said a long-term fix will begin this summer.

Nearly 2,000 people have viewed Elizabeth Mosley's Twitter video posted Friday morning. In it, the teacher filmed her stained ceiling tiles and told followers the sound in the video is "raindrops that leak into my classroom. Every. Time. It. Rains. For more than 4 years."

She continued saying, "While we're asking for more funding to support our schools can we get some to fix Butler's roof?"

"CMS building services has been able to make temporary fixes to the leak, but the issue will not be fully resolved until the roof is replaced," Media Relations Specialist Vicki Grooms said.

"It needs to be fixed," she said. "We pay good tax dollars for them to go to these schools and they should be kept up."

Butler's stained ceiling tiles aren't the first we've shown you at CMS schools. Water damage was so severe at West Mecklenburg High School the health inspector made CMS repair the falling in ceiling above the girl's locker room immediately earlier this month.

You can view all North Carolina health inspections here.

What started with the discovery of lead in drinking water at several CMS buildings points to a larger concern, according to retired UNC Charlotte Public Health Professor Dr. Gary Silverman.

"It tells us that the schools' infrastructure is failing," Silverman previously told NBC Charlotte. "You have to worry about the infrastructure and not just ignore it hoping that it will be ok, because we don't see immediate adverse impacts."

At the start of the school year, Superintendent Dr. Clayton Wilcox said CMS increased its overtime budget to keep ahead of health and safety concerns.

The district has a list of three-dozen ongoing bond projects aimed at improving infrastructure at many of its older schools.