School bus drivers at fault in over 60% of preventable accidents, CMS data shows

Over the past three years, there have been more than 400 accidents per year, according to data provided by Charlotte-Mecklenburg Schools. 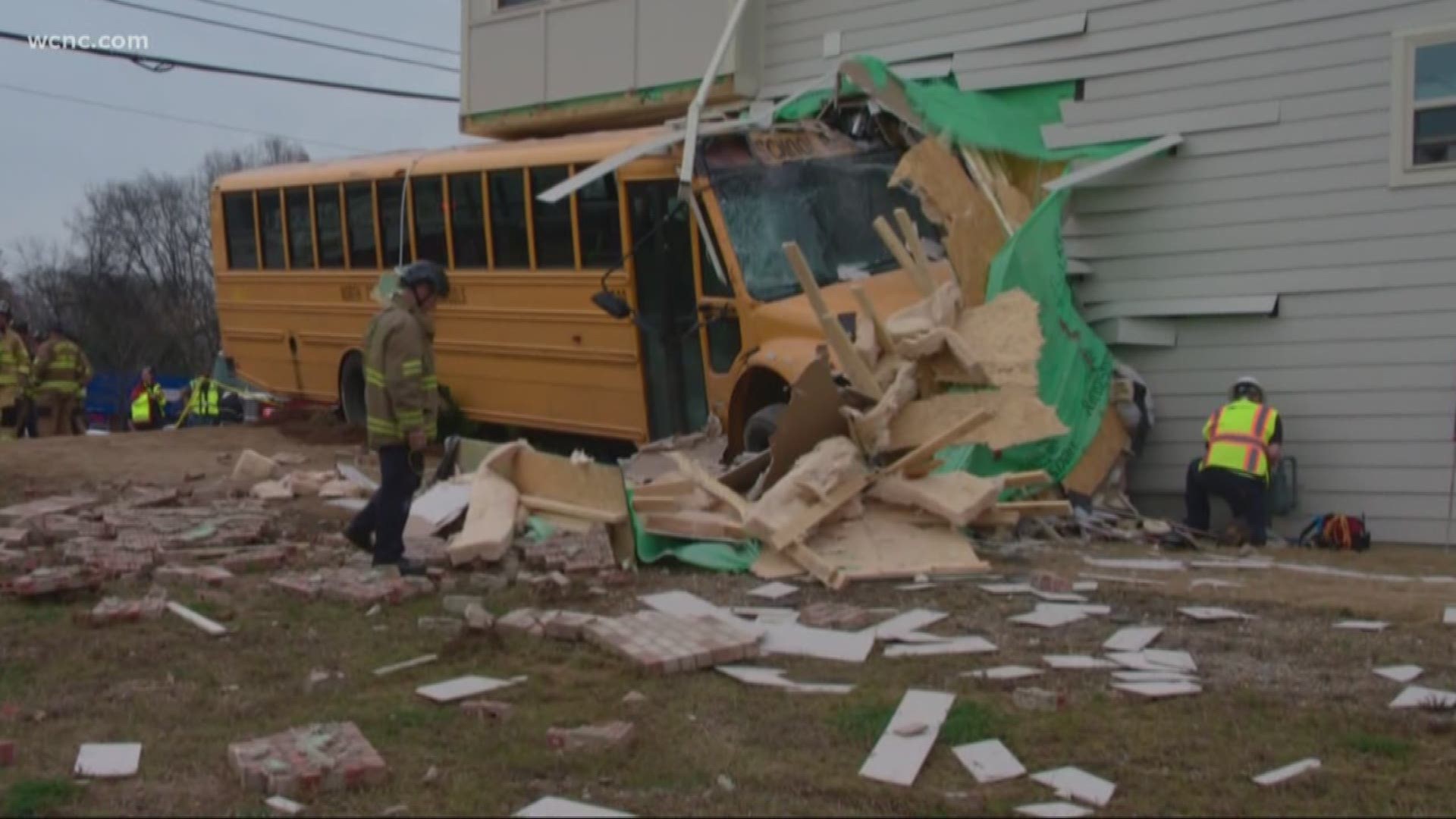 CHARLOTTE, N.C. — New data from Charlotte-Mecklenburg Schools shows that school bus drivers were at fault in over 60% of preventable crashes last school year.

That is the highest percentage of preventable crashes over the past three years, according to CMS. The district says if a bus driver is involved in a preventable crash, they go through additional training before they get back behind the wheel.

Some accidents on the road are bound to happen, but others make you wonder, especially when it's a school bus.

"I'm like, 'oh my god,'" said one woman who witnessed a bus crash earlier this year. "That was my first question, what was she doing?"

The surveillance video only raised more questions. It shows a school bus on Statesville Road sideswiping a car before slamming into an apartment building just north of uptown.

"I felt the bus hit something and then it swerved around," said one of the students on board.

RELATED: 'It's a miracle': Students relive the terrifying moment their bus crashed into a building

At a CMS transportation event, school leaders urged people on the road to be careful around school buses. They also responded to questions about the safety of their own bus drivers.

"They know the discipline policies if they are involved in an accident that is deemed preventable," said Adam Johnson, executive director of transportation for CMS. "We make sure we are comfortable putting that driver back behind the wheel before they are back transporting students again."

Those drivers are required to undergo further training following a preventable accident. Johnson said ultimately, the goal is to get students to and from school in the safest way possible.