Judges move away from cash bail in the name of equality, public safety

The number of people released without paying bail in Mecklenburg County is half what it was five years ago -- part of a shift toward eliminating income as a deciding factor for incarceration. 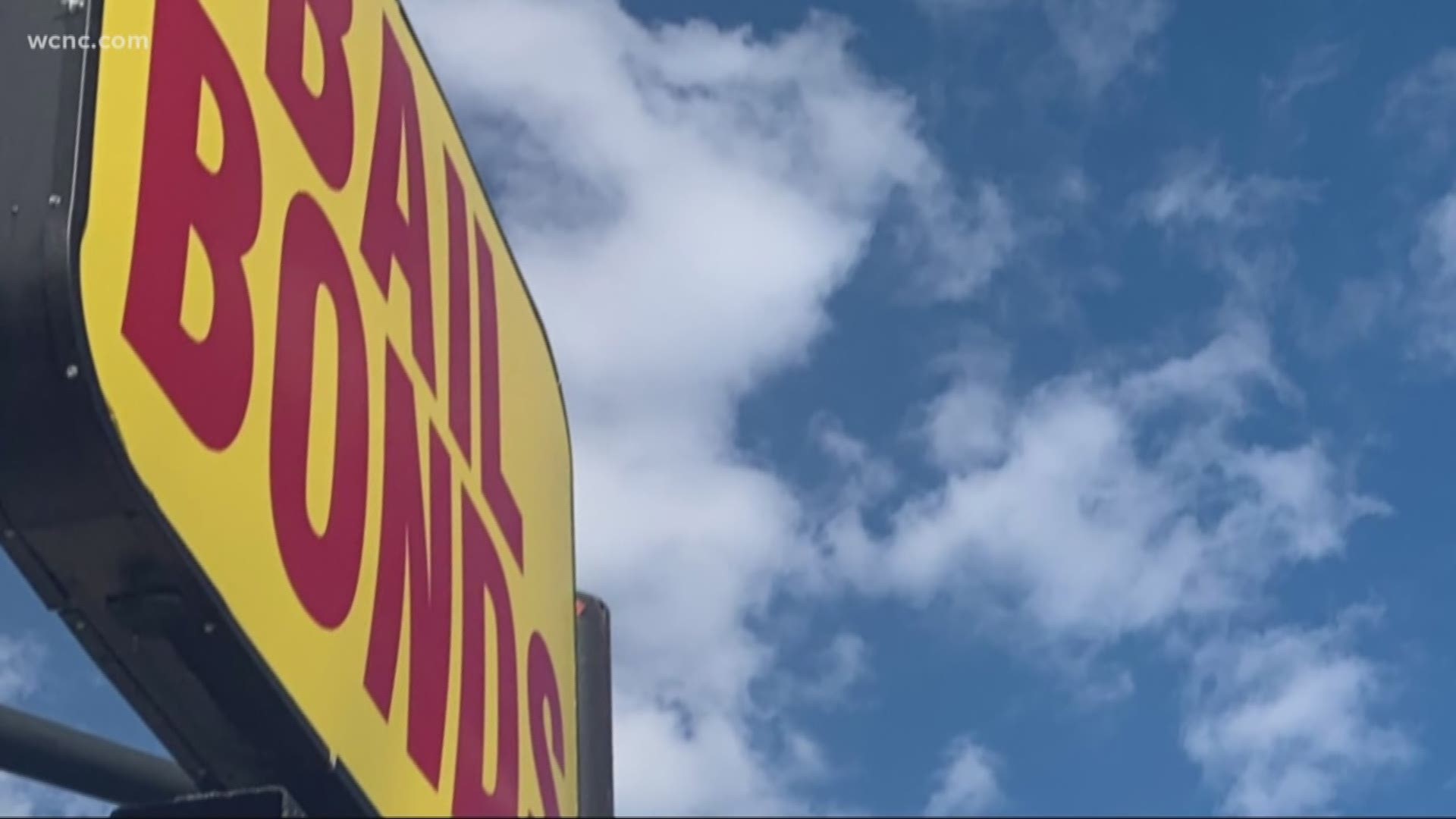 CHARLOTTE, N.C. — More and more people arrested in Mecklenburg County are getting out of jail free as part of a bail reform movement meant to even the playing field for defendants considered low to moderate risk.

County data show the number of people released without paying is now half what it was five years ago, steadily declining year after year. In 2014, 13,939 people (43 percent) were released with what's called a signed bond compared to 6,928 (29 percent) in 2018, according to Mecklenburg County Sheriff's Office records.

Judges are convinced the change not only gives people fair access to justice no matter their income, but also improves public safety.

Instead, Judge Trosch said money bail unfairly packs jails with poor people as they sit for two weeks on average and wait for their day in court. She said that can lead to adverse effects.

"Incarcerating people for even two days who have a low risk for re-offending or for failure to appear experience an increased risk for committing another crime as a result of their booking," Trosch said.

Kristie Puckett-Williams knows what it's like to sit in a jail cell unable to make bail.

She said she couldn't afford the $167,000 bail for cocaine trafficking and other drug-related charges several years ago, so she felt forced to take a plea deal so she could get out and give birth to twins.

"I knew I needed to get out before I went into labor so took that plea so I could get out," she said.

She is among those pushing for bail reform as the regional field organizer of the American Civil Liberties Union.

"Typically, people who don't have money, don't have access to the same amount of justice that people who have money have, so this is a way to try to balance some of this out," she said. "Often times poor people are humiliated by that. They can't afford it and so they're traumatized having to spend time in jail for a crime that they may or may not have committed."

Bail bondsmen are on the other side of the debate.

"We're seeing a trend where they'd rather see a person walk out of jail rather than housing them," bondsman Chad Lewis said.

NBC Charlotte found a recent case where a man, due in court in March, was released on an unsecured bond related to a charge of striking an officer with his car.

Lewis and fellow bondsmen Jason Cunningham said they're concerned people are getting out on unsecured bonds and written promises to appear, meaning they don't have to pay any money up front.

They have a financial incentive to support bail since it is their business -- but they say it goes beyond that.

"I know how many days a week I spend searching for people to bring them back to court when they're trying to tell the public that everybody shows up," Cunningham said. "Unfortunately, everybody does not show up to court."

Judge Trosch points to the high success rate of Mecklenburg County's pretrial supervision program, which showed 96 percent of participants appeared for court and 81 percent did not get re-arrested in fiscal year 2017.

The program requires someone to do anything from check in by phone to report in-person to agree to receive services rather than pay money for their release. The judge said it's a better alternative than cash bail for most defendants -- namely people determined to be at low to medium risk of failing to appear or re-offending.

According to the policy, in order for a judge to grant pretrial release, they must consider several factors, including the nature and circumstances of the offense charge, weight of the evidence, the defendant's record of convictions and history of flight to avoid prosecution or failure to appear at court hearings.

Judge Trosch said despite the conventional wisdom, most defendants just don't pose a safety threat. She said the chances are incredibly slim that someone charged with rape or murder would be released without bail.

"I think that it's safe to say that our judges are committed to setting conditions of release that ensure public safety," the judge said.

The law not only allows this, it encourages alternatives to bail. Judge Trosch said the judicial system long-ignored that premise.

Research funded by the Arnold Foundation found "defendants who received supervision were significantly more likely to appear for an assigned court date."