The attorney representing Harold Easter's family said police believed the man swallowed cocaine, but did not request medical help "until it was way too late." 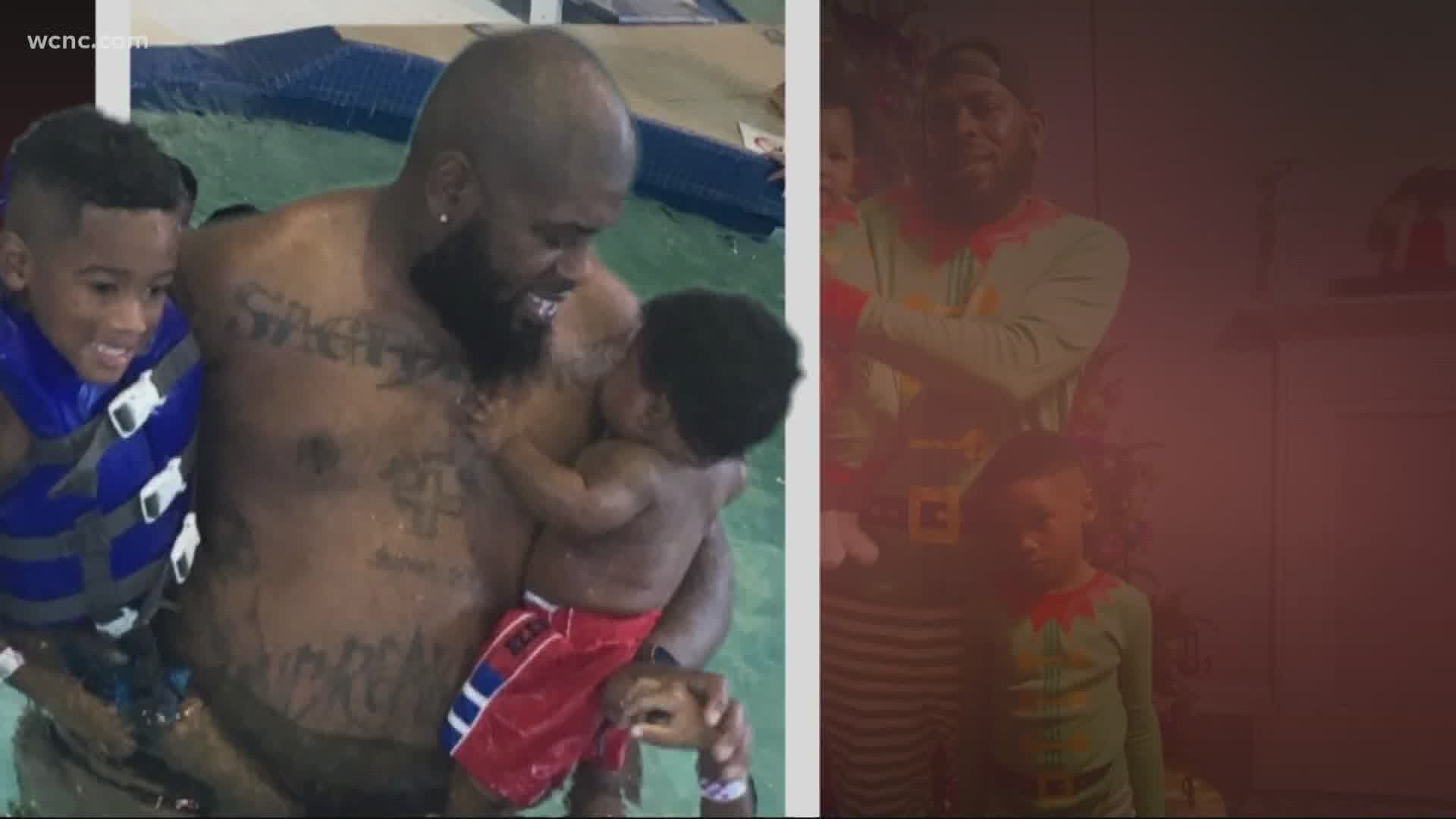 CHARLOTTE, N.C. — Four months before the murder of George Floyd in Minneapolis, Harold Easter died in police custody and his family said police failed to help him until it was too late.

Family attorney Alex Heroy said Charlotte-Mecklenburg Police Department video will show officers believed Easter swallowed cocaine and did not get him medical attention. He said the video will also show Easter inside an interview room repeatedly saying he was going to die.

Unlike Floyd's murder, police use of force is not a factor in Easter's death, but much like the Floyd case, Heroy said police's failure to provide medical help is sadly similar. He said the family wants CMPD to be better.

Easter, 41, died on January 23, several hours after CMPD officers stopped him for a suspected drug deal. CMPD said police found cocaine and marijuana in his possession after the traffic stop, took him into custody and brought him to the police station on Beatties Ford Road.

The medical examiner determined the probable cause of death to be cocaine toxicity and the manner of death to be accidental. The report shows a closed-circuit video captured all of it. Easter's family has since watched the video.

"You can't see it in the video what eat ate, but the officers remarked several times that he ate cocaine and then you can see him progressing from there," Heroy said.

Easter's sister Andrell Mackey said she was "really angry" when watching the video.

"You're supposed to protect and serve," she said. "How could you do this? What were you thinking? You didn't care about his health."

New CMPD Chief Johnny Jennings said he too has watched the video. Easter's family recently met with him about the case.

"Are you comfortable with the way your officers handled that?" we asked him.

"I'm not going to comment on the case specifically," the chief replied. "What I will tell you is that someone in our custody is in our care and we have that responsibility."

Citing the ongoing investigation, Chief Jennings would not discuss specifics.

"That's part of an SBI investigation," he said. "As you know, I can't comment on that. Wish I could. There's a lot of things that I think we need to look at based on this incident."

"There's not really (anything) I can say to prepare anybody. I just know it's a tragedy," Putney said. " I always hate when tragic things happen, especially when we're involved as a policing agency and we got to trust the investigative process and it's now in the hands of the district attorney and we'll see how the system works."

In the days after this in-custody death, CMPD changed several policies. The department now requires officers to continually watch people in their custody, not just check on them every 15 minutes as was the case at the time of Easter's death. CMPD also now requires officers to immediately call Medic when they believe a person has swallowed contraband. That was also previously required in other department directives.

"Words are important. What you say today could impact how the public responds when everything comes out. Is there anything else you want to say to prepare the public what this investigation will reveal?" we asked Chief Jennings.

"I think the public's expectation is that we are here to protect and serve and save lives when we can and we're held accountable for that, so whatever the investigation reveals and whatever comes out of that, that's something that we're going to have to take a hard look at and see what changes we need to make to policy, what things we need to do better to help serve and protect our people and that's a big deal to us. It's a big deal to the officers that are in the street. They don't ever want to see an incident where somebody's life is lost while they are in our care."

As is standard protocol, the five officers involved remain on administrative leave, according to a CMPD spokesperson.

Mackey said her older brother has four kids ranging in age from 2 to 23 years old. She described him as "sweet, caring" and "all positive." Mackey said the 4th of July was his favorite holiday because he would always bring the neighborhood together. She is now trying to carry on that tradition.

"He loved family," Mackey said. "He always said, 'Family is everything.' That was a big thing for him."

RELATED: VERIFY: Why researchers say protests have not contributed to rise in COVID-19 cases

RELATED: Report: Some soldiers were issued bayonets when mobilized for DC unrest