Billy Graham's Montreat home is for sale. Here's how much it will cost

The house of the late Rev. Billy Graham and his wife, Ruth Graham, in Montreat is for sale with a price tag of $599,000. 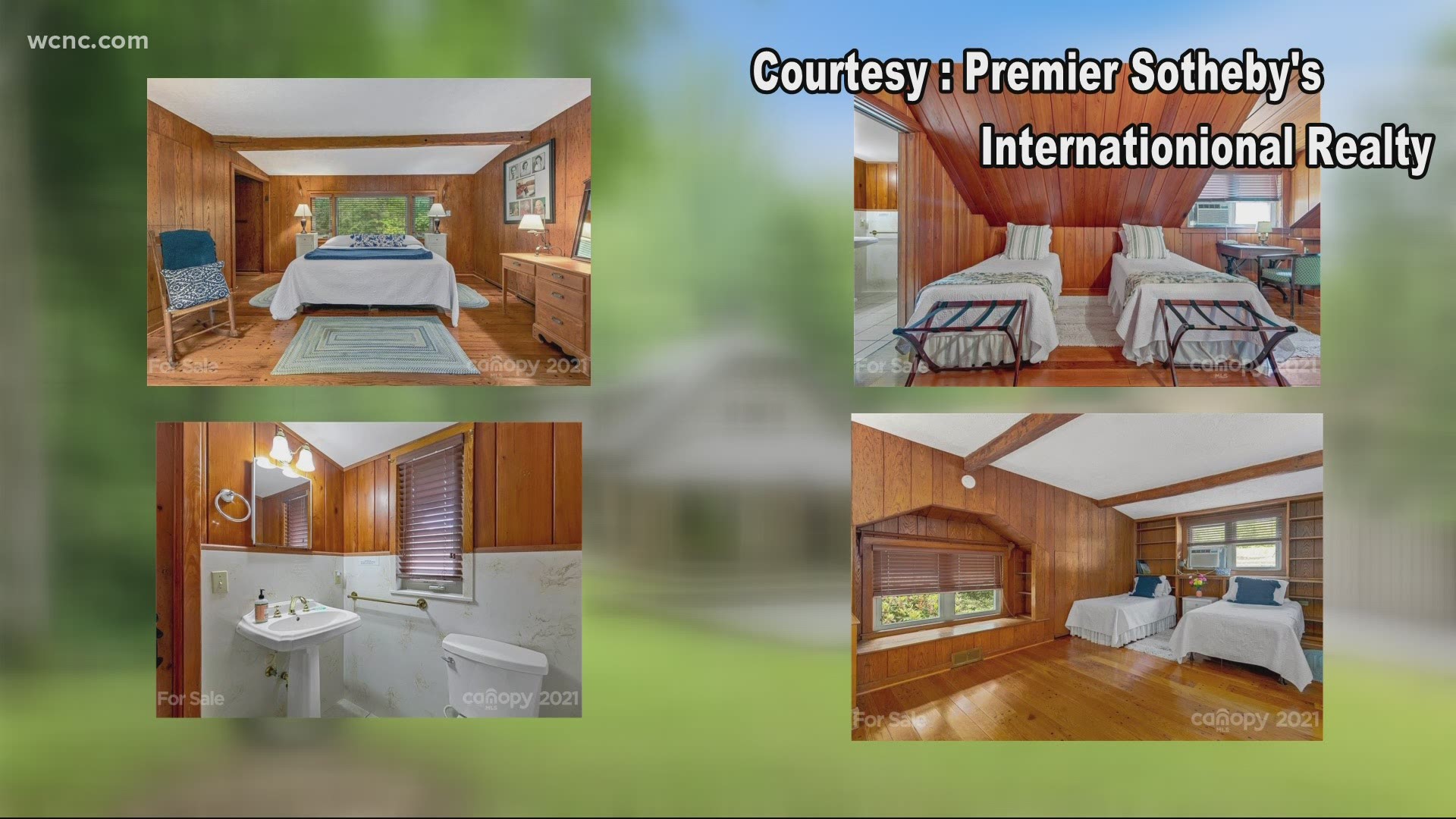 MONTREAT, N.C. — The original family home of the late Rev. Billy Graham has been put up for sale in Montreat this week to pay for treatment of a rare disease his granddaughter lives with.

“My youngest daughter was diagnosed with a very rare disease that attacks women of childbearing age and there will be some significant medical bills in her future", said Ruth Graham, the third of the reverend's five children -- who owns the home. “I am so grateful that I have this provision that I can make like any mother who would move heaven and earth when your child needs you.”

Graham's granddaughter has LAM, which the NIH says mainly affects women of childbearing age. The disease causes abnormal muscle-like cells to grow in certain parts of the body, usually the lungs and can cause permanent damage.

"She’s had a diagnosis for about three or four years and they say from that time forward you have 6 to 8 years so the time is growing close," Ruth Graham said.

The family's four-bedroom, two-bathroom home on Mississippi Road is reportedly the first and only property owned by the Grahams to hit the market. Sotheby's International Realty, which is based in Florida but has an office in North Carolina, is in charge of the listing. The house is currently listed at $599,000.

Rev. Graham, known as one of Charlotte's favorite sons and the "pastor to the presidents," died at age 99 in 2018 in Montreat. Graham and his late wife, Ruth, purchased the home in the 1940s during his rise to the evangelical spotlight, including the famed Los Angeles Crusade in 1949. The couple's daughter, Ruth, currently owns the home and manages the property.

“I want to bless people in this way they could come and stay in that house there were so many historical events began," daughter Ruth said, adding, "While I’m sad I’m also very grateful that I have this ability to help my daughter and as any parent in America would say they would move heaven and earth for the child and that’s what I want to."

Graham has had the home available as a vacation rental on the website Vrbo since 2019.

"The Graham Family Cottage was peaceful, refreshing, unique, and just where we needed to be in this crazy pandemic world," wrote one reviewer. "It provided everything we needed physically. Mentally, emotionally, it was uplifting, full of peace and calmness."

Rev. Billy Graham's childhood home was relocated to the grounds of the Billy Graham Library in southwest Charlotte, where guests can take tours and view family artifacts and photos.

"We would have busloads of people drive up and begin to appear into the windows and my mother said no we need privacy so we went up on the mountain and had the house that you typically see the log cabin."

RELATED: US Capitol to install statue of Rev. Billy Graham

Billy Graham's Montreat home is for sale. Here's how much it will cost