GetMyBoat, a global company sometimes considered the “Airbnb of Boats," said its seen a 5,200% growth year-over-year in the Charlotte and Lake Norman area. 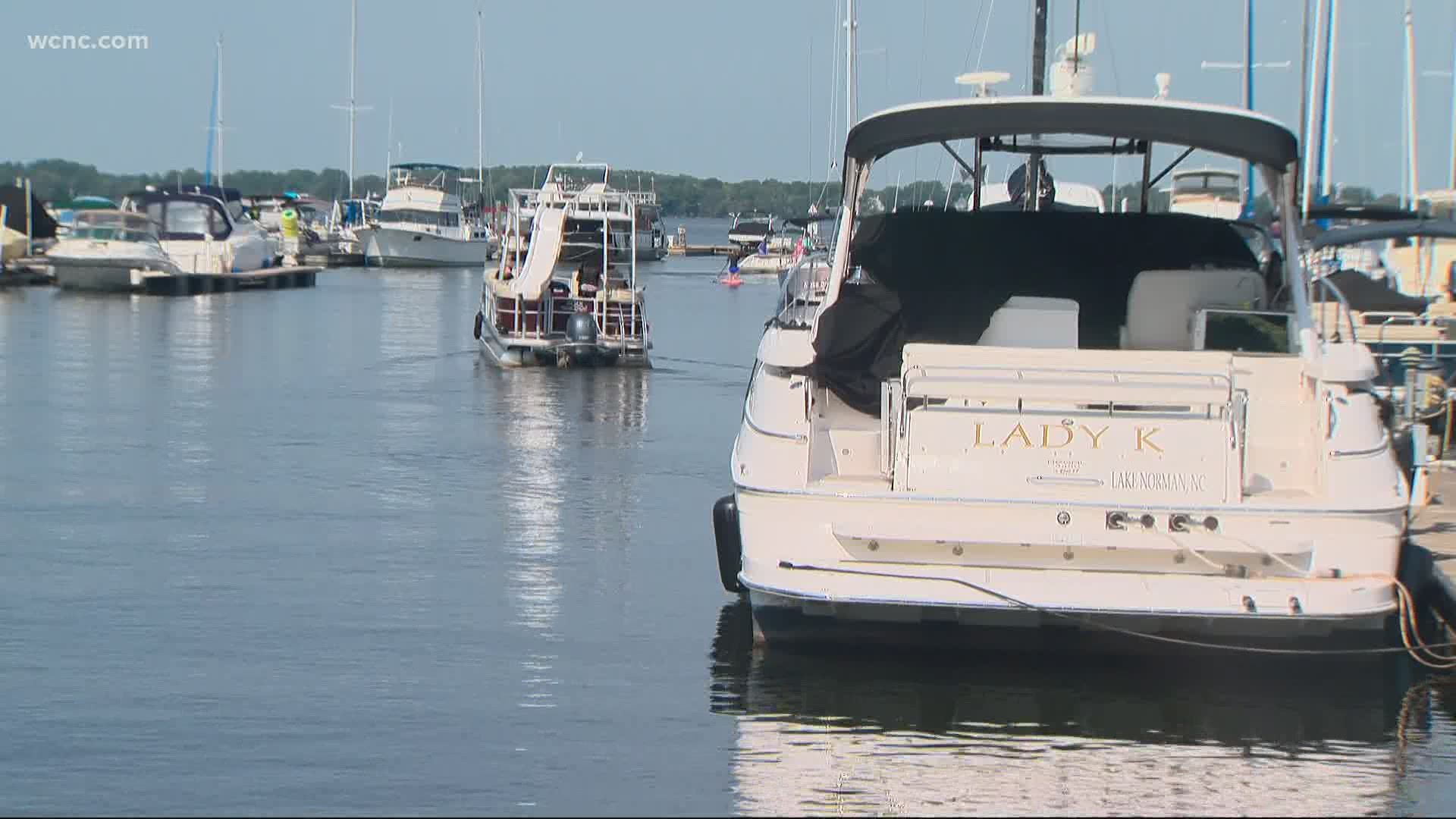 LAKE NORMAN OF CATAWBA, N.C. — As people have attempted to find socially distant activities this summer, many are turning to boating. Rental companies say they are seeing a huge increased demand from people wanting to get out on the water.

Boating is one of the usual ways to beat the heat of the summer, but with the pandemic, it's become a way for many to pass the time.

“When you’re out on the water, you can stay away from other crowds, you know, obviously, events like festivals and fairs and things like that are canceled this year," said Val Streif, head of marketing GetMyBoat. "So, with boating, you know, you’re just with your small group of people out on the water.”

GetMyBoat is a global company, sometimes considered the “Airbnb of Boats.”

It has seen a 3,900% growth overall this summer — with a 5,200% growth year-over-year in the Charlotte and Lake Norman area.

"It’s just an environment that people feel safe in during, you know, the current pandemic situation," Streif said. "But it’s a way to still have fun and enjoy the summer sunshine, you know, in small groups or just with your family.”

“We were concerned back in March and early April about what was going to happen this season, and then it got crazy so we were definitely shocked," he said.

The boat club added 10 boats to gear up for the season, and the franchise owners said it could have added an additional 10 to keep up with the demand.

“Everybody is working overtime and has seen an increase in business over previous summers like we’ve never experienced before," Weir said.

The boost in business is predicted to sail right into Labor Day as people soak up the sun with social distancing in mind.

“Everybody’s been joking within the Freedom Boat Club family that every day has been 4th of July since about the middle of May," Weir said.