A Tesla was stopped in the parking lot in front of the school before suddenly accelerating and crashing into the building. 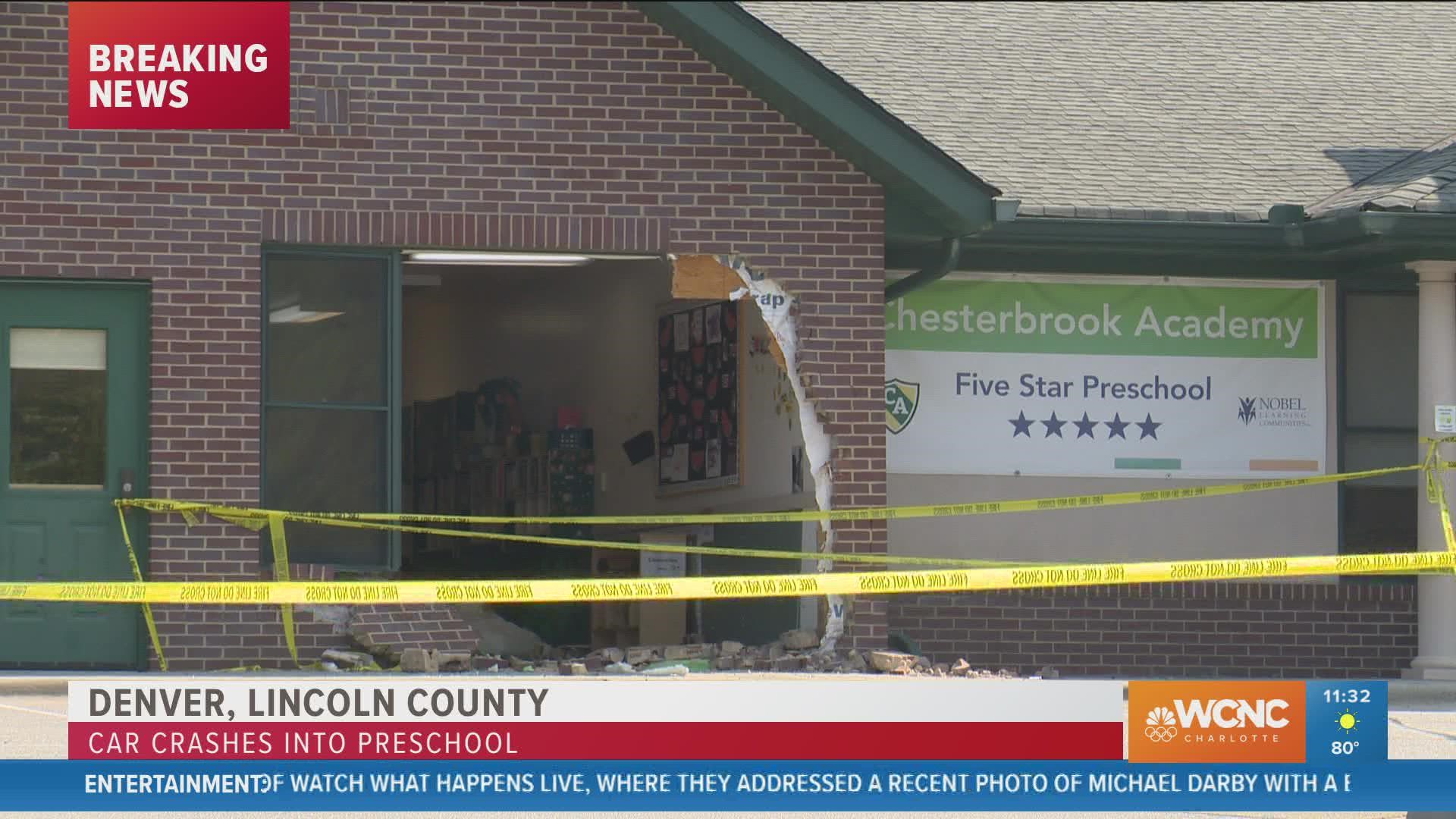 The car went through a classroom occupied by a teacher and four children. The teacher was taken to the hospital with non-life-threatening injuries. Two of the four children had minor injuries.

The driver, identified as 34-year-old Mallory Planck, received minor injuries after her 2021 Tesla Model Y crashed into the school. Two children in her car were not injured in the crash.

The Telsa was stopped in the parking lot before suddenly accelerating and crashing into the building, according to investigators.

One witness, who works at the neighboring Meineke Car Care Center, posted on Facebook that he saw six ambulances on the scene.

Came into the shop this morning and a vehicle drove through the Chesterbrook Academy Preschool building next door and...

Police said no charges are expected against Planck.

Credit: WCNC
The damage left after a car crashed into Chesterbrook Academy Preschool in Denver.