The speed limit was only 25 miles per hour, but that didn't stop a red civic from crashing into a truck in Wilmore. 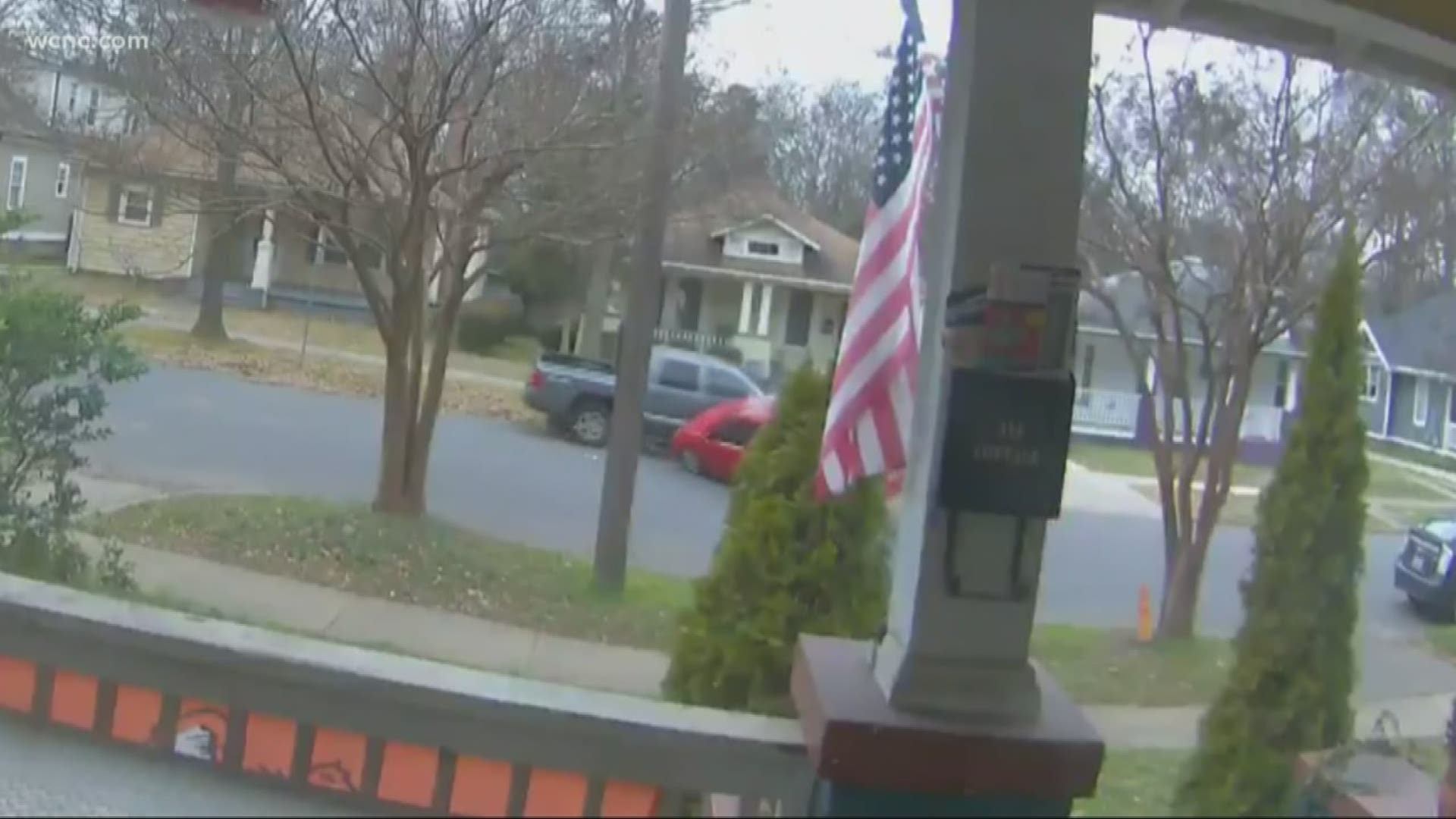 CHARLOTTE, N.C. — Home security video captures a car crashing into a parked truck, before rolling over on a quiet residential street in Charlotte’s Wilmore neighborhood.

“I heard a loud crash, but I thought it was construction,” said Luke Godwin who lives on West Park Avenue.

Godwin said the crash happened right in front of his home around 10:30 a.m. Friday.

“There was a red civic laying on its back which is kind of crazy because the speed limit is only 25 miles per hour on this street,” Godwin said.

The video was shared among neighbors through the neighborhood social media site, Nextdoor, where many described shock and speculated as to what must have happened for a car to rollover on such a street.

According to Justin Lane-Brady, the president of the Historic Wilmore Neighborhood Association, wrecks like this one have been a long time coming.

“We brought it up to Charlotte’s Department of Transportation (CDOT) over a year ago and here we are talking about it and so before," Lane-Brady said. "What was fearful has started to happen, because now we are having the accidents, what we feared is starting to happen."

Wilmore is one of Charlotte’s oldest neighborhoods. It sits on the outskirts of uptown and borders South End. Over the last several years, it’s seen its own share of dramatic growth -- not just in residents and restaurants, but in traffic.

Lane-Brady said drivers use the neighborhood as a cut-through.

“They turn the streets into drag-strips," Lane-Brady said. "When all you have is road humps or a limited number of stop signs, people take advantage of that to get to or from uptown faster or to avoid South Boulevard and East Boulevard."

Lane-Brady said CDOT has been a good partner to the Historic Wilmore Neighborhood Association, but say this latest wreck shows why the neighborhood needs to be a priority.

“My heart sank when I saw it," he said. "We’re a booming neighborhood now with families, so lots of strollers and when I saw that car hit and flip I thought, who could have been in the way of that?”

“So, before a car can really get that momentum they’re having to slow down again, where if it’s only a road hump, it’s the driver’s discretion how fast they want to go over it,” he said, adding police could help enforce proper stops at stop-signs, where they can’t when it comes to road humps.

He said he’d also like to see bulb-outs that make a driver perceive the road to be more narrow, similar to what the city did to the Dilworth side of East Boulevard.

“We need to start really assessing how we can be proactive, especially when it comes to safety," he said. "A family, and especially children that might be playing in their own front yard that might chase a ball out into the street -- those cars would never be able to stop."

As for the driver of the red car, witnesses say he busted his lip but was otherwise OK. No word yet from CMPD as to if he was cited or charged.