Construction of the Red Line, which would connect Lake Norman to uptown, has hit several roadblocks after talks first began back in 2010. 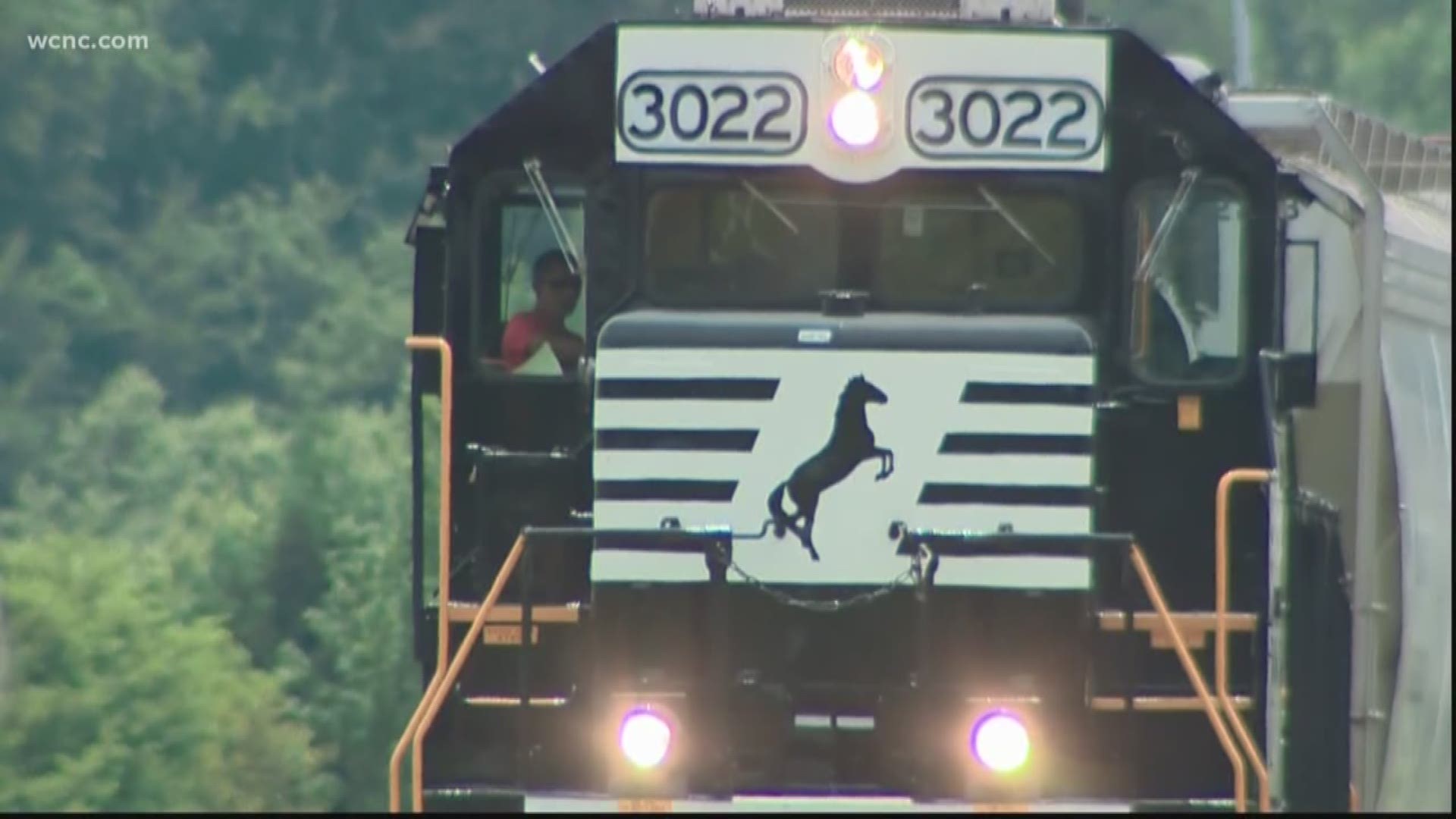 CHARLOTTE, N.C. — Beginning this week, CATS is going to host a series of public meetings to discuss future transit services for communities north and west of Charlotte.

Construction of the Red Line, which will connect Lake Norman to uptown, has hit several roadblocks after talks first began way back in 2010. So what’s the holdup? As it usually does, it all comes down to money.

Building a new rail line is an expensive proposition but there is an alternative: use existing railroads. The only problem with using the rails in place is that they’re owned by Norfolk Southern, and five years ago, Norfolk Southern told CATS they would not lease the line because it’s impossible to share passenger service and freight service on the same line.

CATS has shown some interest in building a new rail line, but officials in northern Mecklenburg County, including Huntersville Mayor John Aneralla, oppose the idea. He believes the only realistic option is to get on the Norfolk Southern railroad.

“If you live anywhere in north Mecklenburg, you know the only line that’s viable is the current line,” Aneralla said. “It’s just hard, just negotiating with Norfolk Southern every day of what it’s going to take to get on that line.”

The first public meeting will be held Thursday at Cornelius Town Hall. Click here for a complete schedule of upcoming meetings.