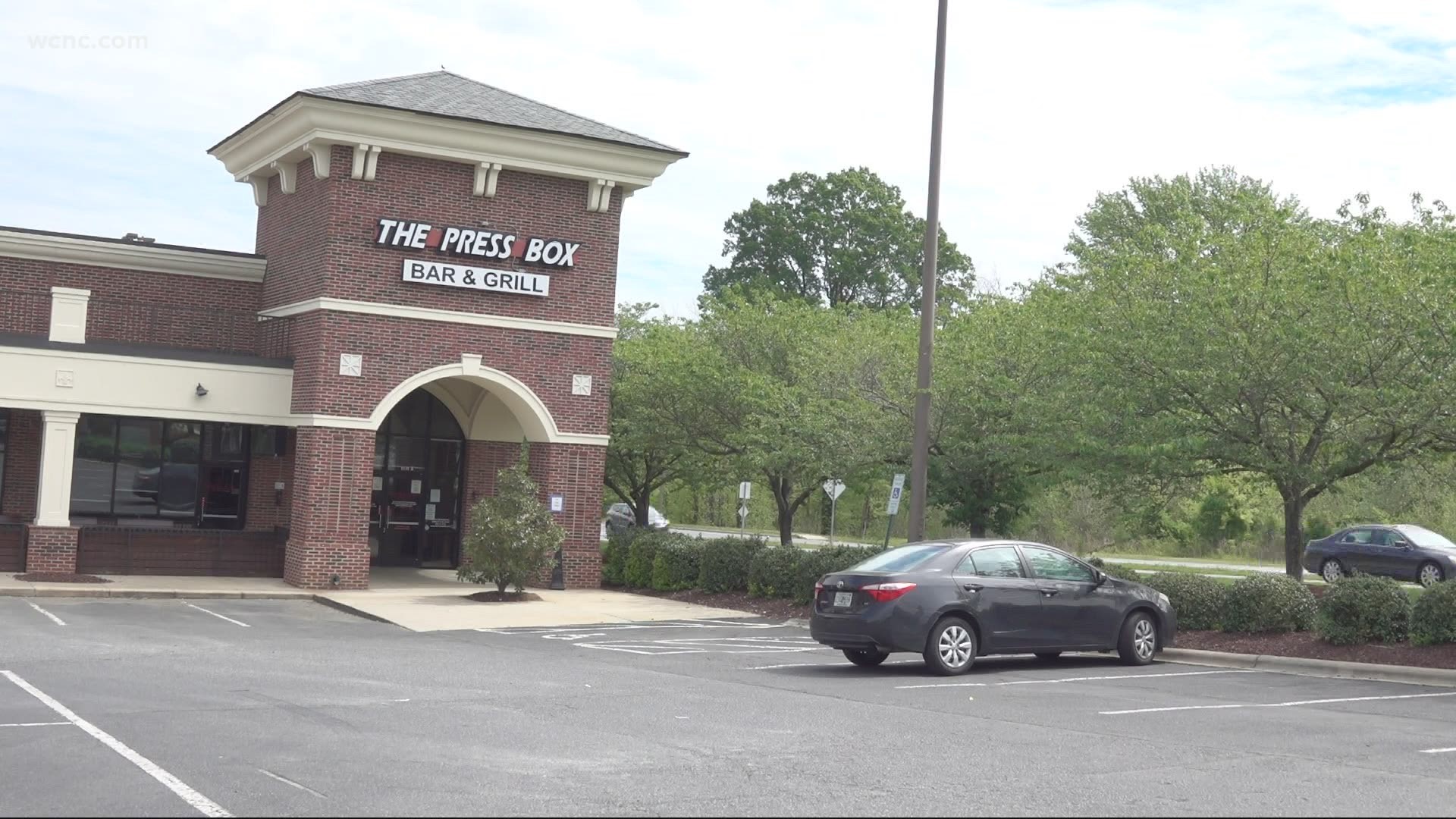 In a news release on Saturday, the North Carolina Alcoholic Beverage Control Commission announced the suspension of permits for the Press Box Bar and Grille, which went into effect April 16. The suspension came after Charlotte-Mecklenburg police submitted affidavits about the two incidents that happened on March 27 and April 9.

Details about the shooting on March 27 were not covered in the affidavits released by NC ABC, but the incident on April 9 was covered in thorough detail.

NC ABC says the shooting on April 9 left a man at the bar with a gunshot wound to the abdomen and surrounded by a large crowd of people around 12:45 a.m. CMPD reported finding about 15 shell casings in the parking lot, and that seven officers were needed to move patrons away from the victim so medical personnel could attend to him. However, the ABC report says many patrons were intoxicated and belligerent, yelling at CMPD officers and ignoring commands to move away from the scene. The report also says the staff at Press Box were uncooperative and even tried to tell CMPD to back off, saying they would handle the situation. All officers present had to control the crowd, meaning they were unable to secure the scene and start investigating. At some point, the report says a fight broke out, and a female officer on the scene was allegedly punched in the face by a man in the crowd. The man reportedly tried to hit her again, but he was restrained by other officers. That man was taken into custody, according to the report.

Another patron began shouting a threat to "light this place up" according to the affidavits, while yet another patron reportedly climbed into the ambulance and interfered with medical personnel trying to treat the victim. That patron also made a threat to hurt the officers and tried to tackle the female officer, headbutting her and fracturing her nose.

In one affidavit submitted to NC ABC, a bouncer at the Press Box didn't help with crowd control during this part of the incident, only telling officers to pick up the suspect's wallet when they arrested him.

The summary released by NC ABC said the operation of the Press Box was a "drain on CMPD resources" because multiple officers were required to respond to the business to assist with violent acts.

Further, the report says the bar staff held a "disregard for safety" by continuing to sell alcohol despite the violence. Because of this, NC ABC found that the protection of public health and safety demanded emergency action, handing down a summary suspension of the Press Box's alcohol license.

The bar has held that license since 2014.

WCNC Charlotte reached out to the owner of the Press Box for comment but has not heard back as of writing.