At this time, it's still unclear exactly what happened on the ride that caused the injury. 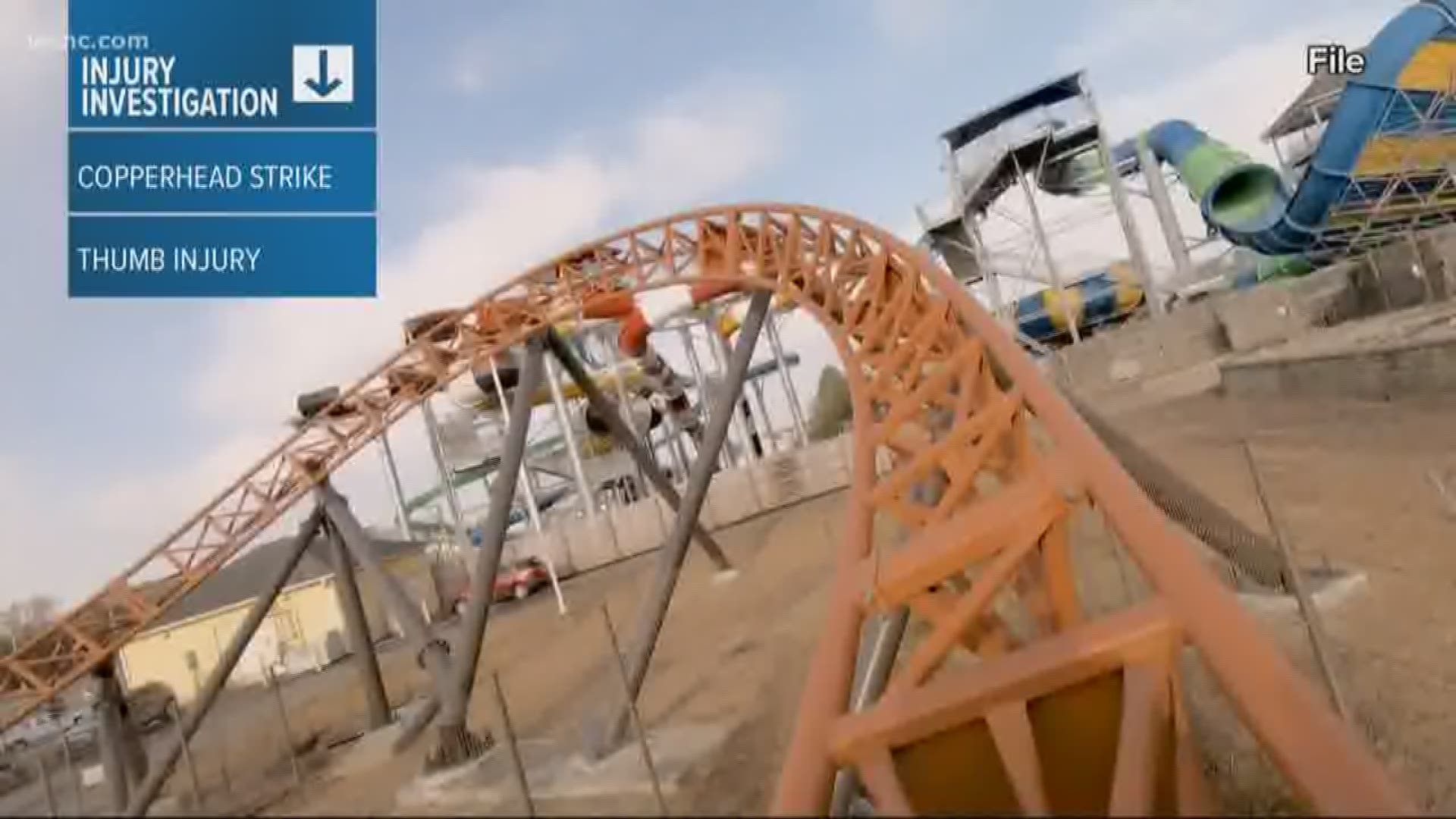 CHARLOTTE, N.C. — The newest rollercoaster at Carowinds is shut down during an investigation after a rider was injured.

The incident happened on the Copperhead Strike Rollercoaster on Sunday night, officials confirmed.

Park officials say the guest suffered a thumb injury while onboard.

That person was taken to the hospital. Their identity has not been released.

At this time, it's still unclear exactly what happened on the ride that caused the injury.

Carowinds officials released a statement saying, "On Sunday evening, a guest had a thumb injury on the Copperhead Strike rollercoaster. Park officials immediately responded and the guest was transported for medical care. Out of precaution, the ride is currently closed while we conduct an assessment. The safety of our guests is our top priority."