As more and more monuments have come under scrutiny in recent weeks, demonstrators lament that local governments are not allowed to make their own decisions. 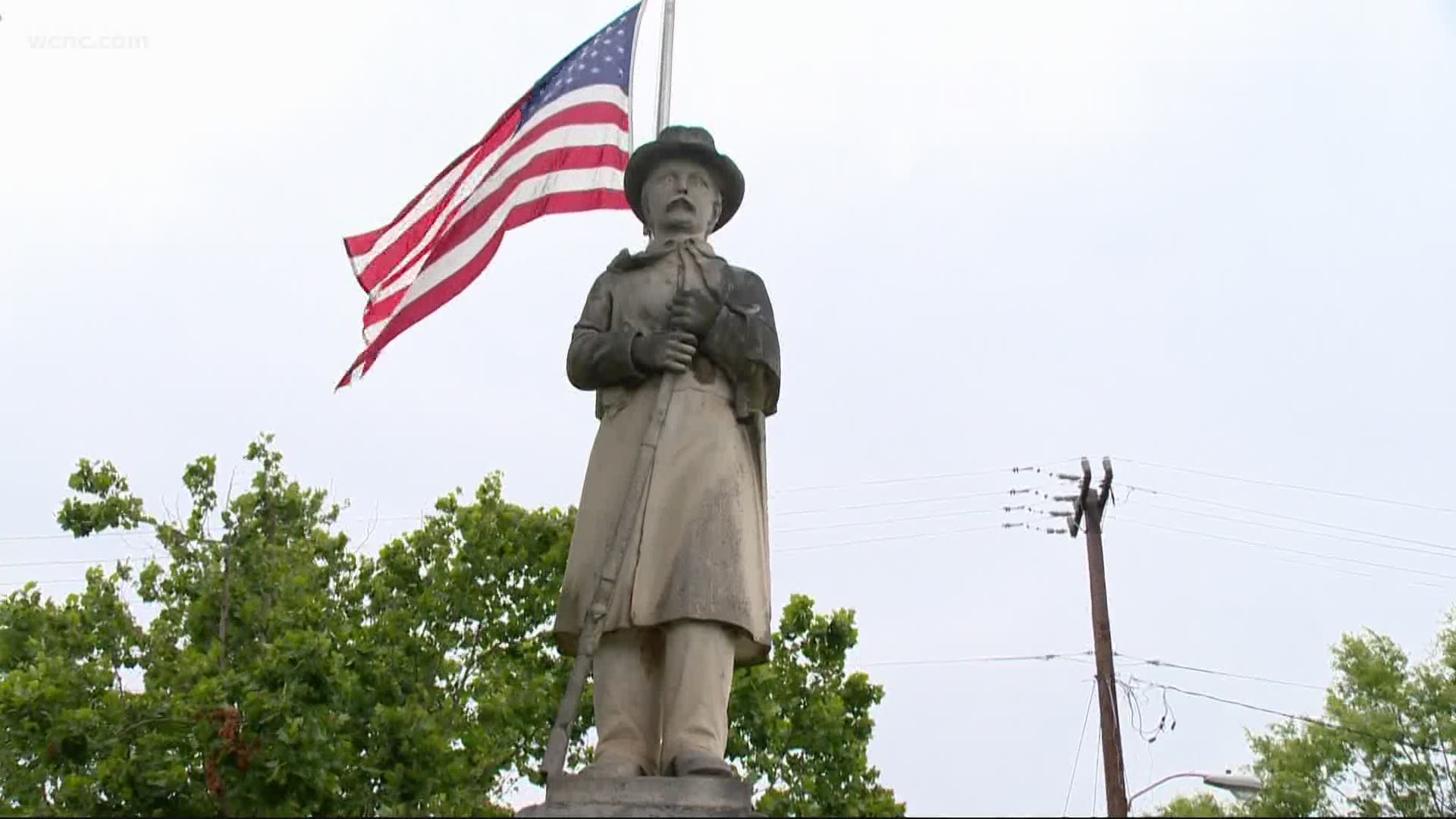 FORT MILL, S.C. — Dozens of demonstrators gathered in a Charlotte-area town known for growing faster than just about any other to protest a tribute that some say is stuck in the past.

About two dozen people staged a sit-in at Confederate Park in the heart of downtown Fort Mill late Monday morning.

The demonstration was organized by Molly Anderson, a young woman who says she has lived in Fort Mill for almost her entire life.

“There is an issue of racism in this town and I’m glad people are starting to address it now,” Anderson said.

Demonstrators say their ultimate goal is to repeal the Heritage Act in South Carolina. That law states that local government officials are not allowed to change the names of parks or monuments dedicated to Civil Rights or the Confederacy without approval by the majority of the members of the state House and Senate.

As more and more of those monuments have come under scrutiny in recent weeks, demonstrators lament the fact that local governments are not allowed to make their own decisions.

“It’s a ridiculous oversight of legislative power, it’s an absolute waste of time,” Anderson said. “We’ve lived like this for too long it’s time for a change it really is.”

Other demonstrators like Diane Gleen agree. Gleen has lived in Fort Mill since the 1990s.

“I never ever brought my children here,” Gleen says, gesturing toward Confederate Park. “I don’t visit here, I just ride by here I try not to even look this way. It’s offensive and it’s disturbing.”

Among the most controversial monuments in the park is one called the “Faithful Slave." It depicts a slave who appears to be resting outdoors on one side, and a woman caring for a baby on the other.

Critics have long-since complained that the monument elevates a falsehood that slaves were happy and devoted to their owners.

“We aren’t erasing history but we are making it known that not everyone’s viewpoint on where their ancestors stood in history is appeasing,” said a woman named Natasha, who was at the protest representing a group called Moms Against Racism.

Anderson says in recent weeks she has seen a groundswell of groups coming together with a shared goal.

An unnamed author submitted a 24-page manifesto about the legacy of racism in Fort Mill to town leadership. A copy of that manifesto was sent to WCNC Charlotte’s Tanya Mendis.

The chief demands quoted in that document are:

A spokesperson for the town of Fort Mill confirmed the receipt of that manifesto, and says the mayor is reviewing its requests.

RELATED: Before George Floyd changed the world, Dethorn Graham changed use of force as we know it

RELATED: 'We don’t remove history': Thomas Jefferson statue to stay at Mizzou after petition calls for its removal