Gaston County Schools will have children alternate between in-person classes two days a week and online instruction for the rest of the week. 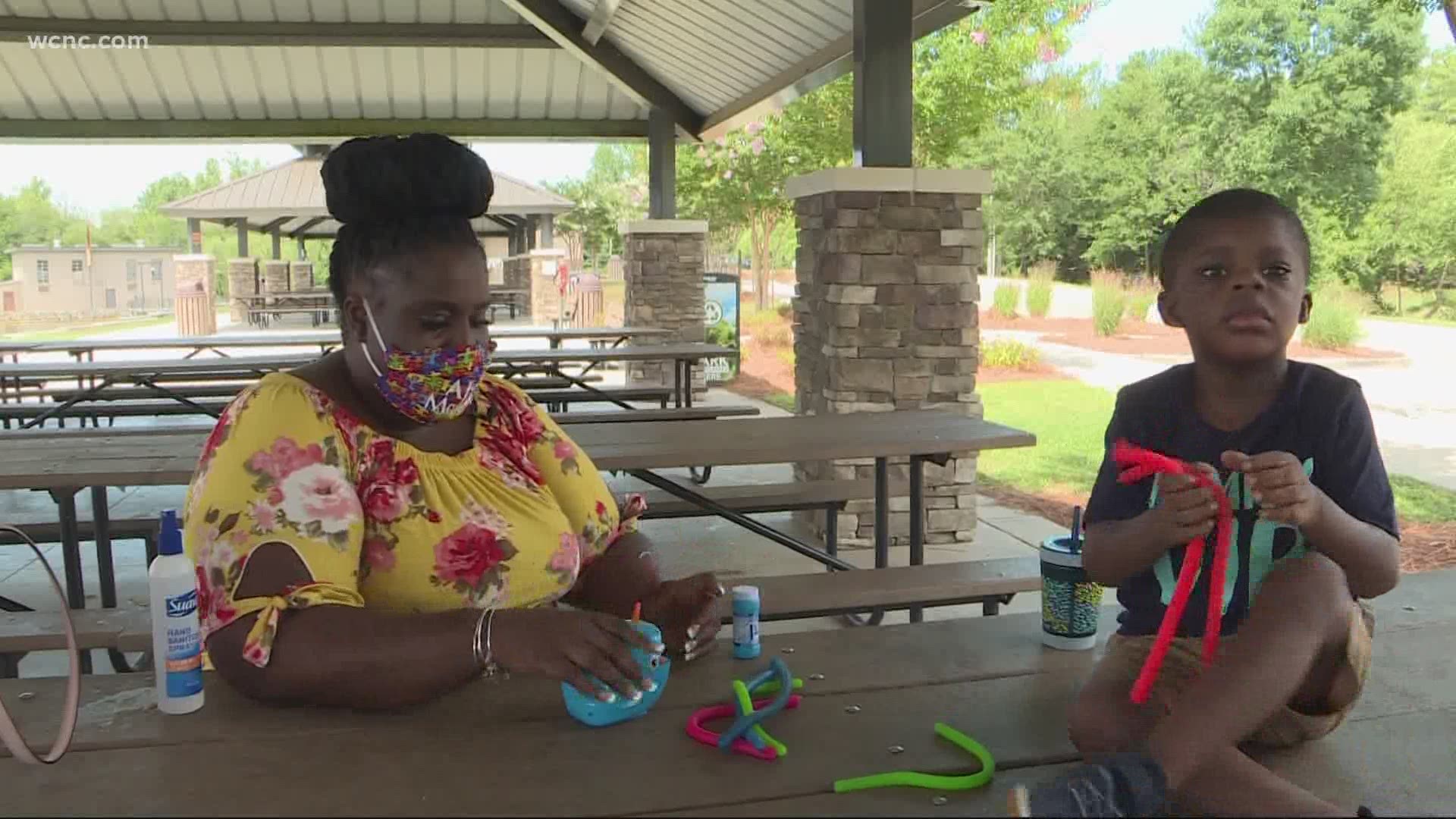 GASTONIA, N.C. — As students prepare to return to Gaston County classrooms for the first time since the pandemic, a mother is worried her son and other children with special needs aren't being considered in the county's plans.

Gaston County Schools will have children alternate between in-person classes two days a week and online instruction for the rest of the week.

Charlotte Floyd's five-year-old son, AJ, will be going into kindergarten this year, and he has nonverbal autism. According to Floyd, AJ can't say in words what he's thinking, and certain things can get him overly-stimulated.

She watched the Gaston County Board of Education's meeting, which outlined how schools would operate in the fall.

"I was so frustrated at the beginning of it," Floyd said. "By mid-way, I was literally in tears."

She said the board barely discussed how schools would accommodate children with special needs during the pandemic.

"My son was a side note," she said about the meeting. "It was almost like, 'To be continued' or 'We'll figure that out later.'"

During the board meeting, Associate Superintendent Dr. Melissa Balknight said students with special needs will get the services they require, particularly during in-person instruction days.

"Those services will still be in place. They can not go away," Dr. Balknight said. "They will not be taken away from students. It may look different the days they are home, but they will receive those services."

However, Floyd said the school system still hasn't communicated its accommodations for children like her son.

She also said her son's individualized education program (IEP) hasn't been updated because of the pandemic, and her son needed his IEP completed so he wouldn't fall behind.

She said she's informed the school system of her concerns, but she said no one from the district has addressed them.

"My son deserves education," Floyd said. "I don't see it being taken care of."

was last seen before his death nearly two years ago. Maddox also had nonverbal autism. Floyd says Maddox is always on her mind and must never be forgotten. Link to Charlotte & AJ's story soon. (2/2)

"We encourage parents who have questions about the new academic year to contact their child’s school or our Exceptional Children Department. Our schools and the Exceptional Children Department are working to ensure that students with special needs have a productive and successful year. We want to partner with our parents to address their concerns and provide support as we prepare for the opening of school on August 17."