The injury happened at the same facility where a 12-year-old boy died after falling from a climbing wall. 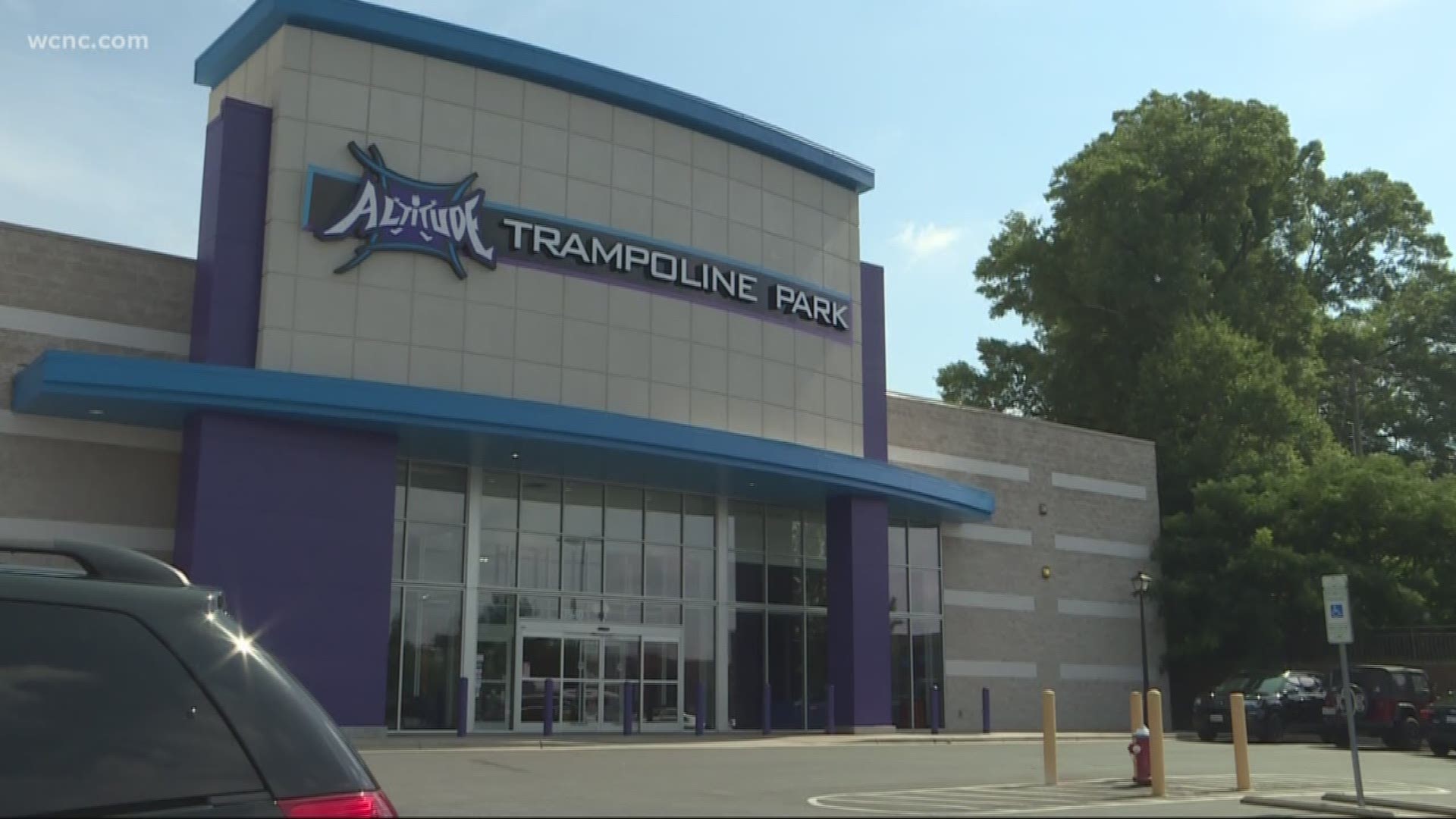 GASTONIA, N.C. — An 18-year-old man is recovering from injuries he sustained while playing at Altitude Trampoline Park in Gastonia Friday night.

It's the same facility where a 12-year-old boy died after falling from a climbing wall back in June.

This most recent injury happened around 7 p.m. when Gaston County Communications said an off-duty police officer working security radioed in for an ambulance.

Gaston County EMS took the man to the hospital with non-life threatening injuries. One of the man’s family members publicly wrote on Facebook he suffered a broken leg and needed surgery.

The man's grandfather told NBC Charlotte his grandson is still in a lot of pain.

Gaston County EMS said paramedics have responded to the trampoline park for medical calls three times since late-June when Matthew Lu, 12, died after he fell off a climbing wall.

A park manager told NBC Charlotte by phone over the weekend she couldn’t comment on any injuries at their facility, but she emphasized that accidents happen at every park.

NBC Charlotte is awaiting a response from the park's corporate media representatives.