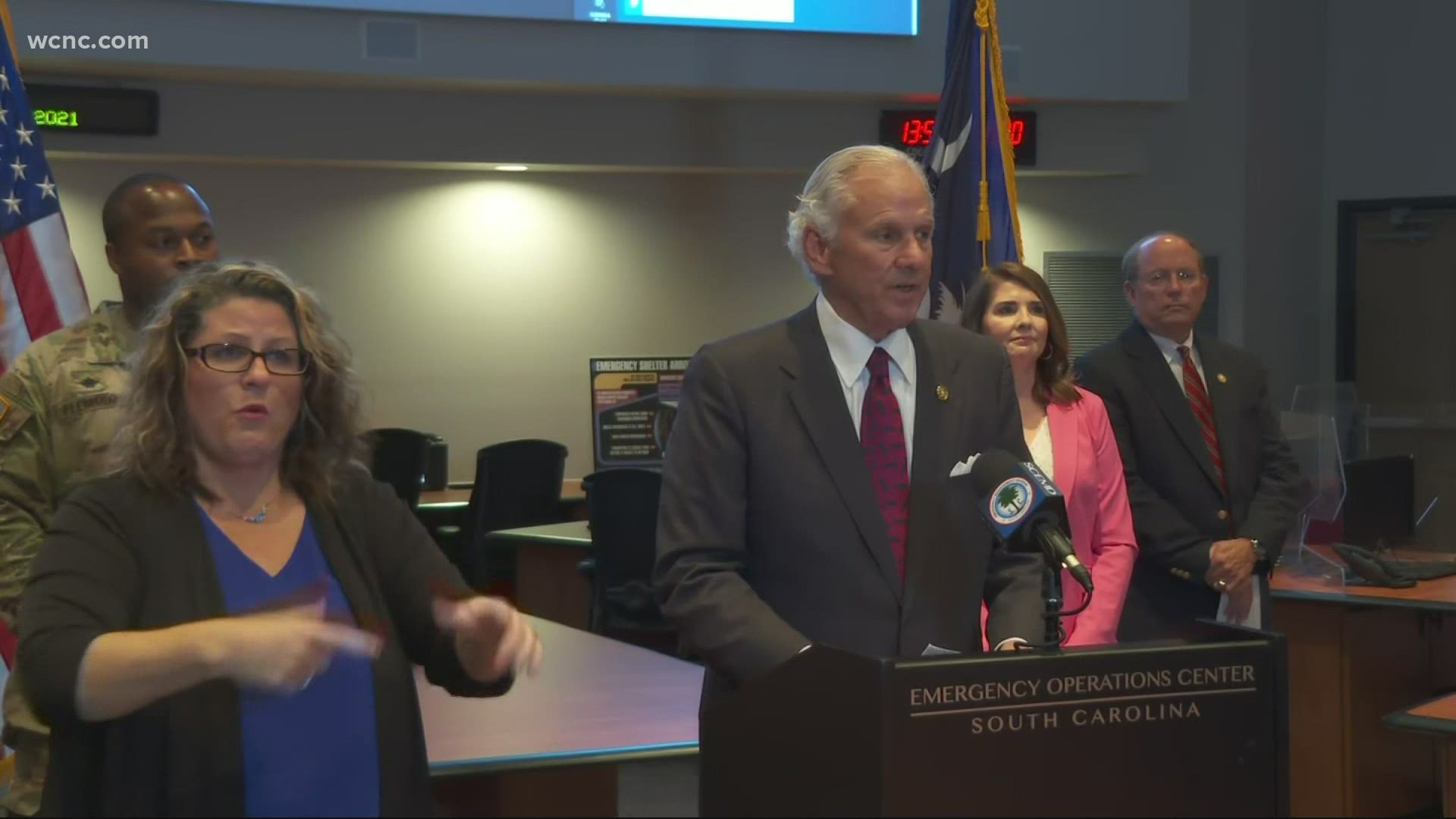 WEST COLUMBIA, S.C. — South Carolina Gov. Henry McMaster has allowed the state of emergency in South Carolina to expire, formally ending the heightened alertness in place since the early days of the coronavirus pandemic.

McMaster announced Monday at a news conference from the state's emergency operations center that the current order, which was last extended on May 22, will not be renewed again, meaning the state of emergency lapsed Sunday, June 6.

The order had been in effect for 451 days.

"We no longer need that emergency power statewide to protect our people,"  McMaster said.

McMaster first issued a state of emergency back on March 13, 2020, as the state and nation began locking down as the virus began spreading nationally. The orders are issued in 15 day increments.

But over the course of several months, McMaster has largely rolled back all pandemic restrictions which had been in place. Back on May 11, McMaster issued an executive order stopping all state and county governments from continuing to enforce mask mandates. He did that by saying the governments couldn't use language which justified the mask orders by referring to the state of emergency, which almost every ordinance had done.

One of the only pandemic measures still in place was the state of emergency.

McMaster has said from the beginning that by design, the state never fully shut down in 2020, a fact which he's always pointed to as why the state's economy hasn't suffered as much as some of others around the nation.

"We are blasting off and have a great opportunity," McMaster said of the economy.

Following national trends, coronavirus cases, deaths, and hospitalizations in the state are down to levels not seen since the early days of the pandemic. There were 268 total cases Sunday; by comparison, there were over 6,800 on the worst day of the pandemic back in January. Total COVID hospitalizations, which once stood at nearly 2,500 during the bleakest part of the outbreak over the winter, stand at 232 based on the latest data.

South Carolina, however, is lagging in one key metric: the percent of people who have been vaccinated. Right now 45.5 percent of South Carolinians over the age of 12 have gotten at least one dose, while 38 percent are fully vaccinated. That puts the state in the lowest percentile of states to get inoculated.

Nationally, 60.9 percent of people over 12 have one dose, while 49.6% are fully vaccinated, according to data from the Centers for Disease Control.

Dr. Edward Simmer, the SCDHEC Director, stressed at the news conference that people need to continue to get vaccinated.