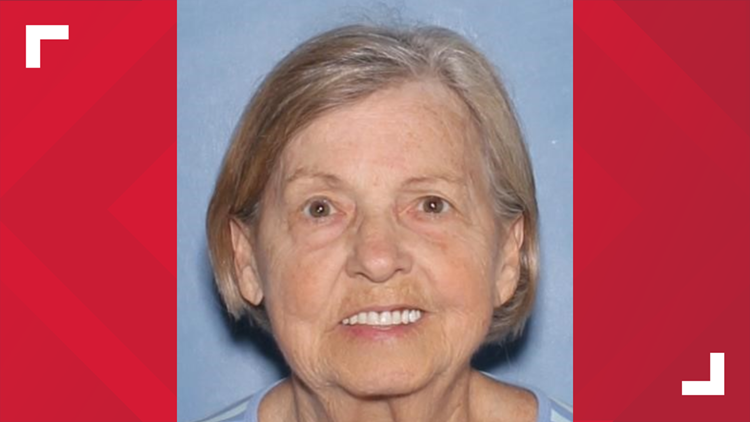 HICKORY, N.C. — The North Carolina Center for Missing Persons issued a Silver Alert for a missing 81-year-old woman, Beverly Jean McLean. On August 10, the Silver Alert was canceled at the request of the Hickory Police Department.

She was located safe, officials confirm.

McLean was believed to be suffering from dementia or some other cognitive impairment, officials say.

She's described as a white woman with short white hair and blue eyes. She weighs 158 pounds and is 5 feet, 2 inches tall.

She was last seen wearing black cutoff shorts and a multi-colored shirt, and officials say she is traveling with her dog.

McLean was last seen at 4010 North Center Street in Hickory.

Officials say she could be traveling in a gold 2016 Toyota Highlander, license plate 309899.

Anyone with information about McLean is asked to contact K Lee at the Hickory Police Department at 828-328-5551.