Human trafficking education aims to help the most vulnerable

“What we want to do is actually talk to the young men and women that are going to be approached, understand the dangers." 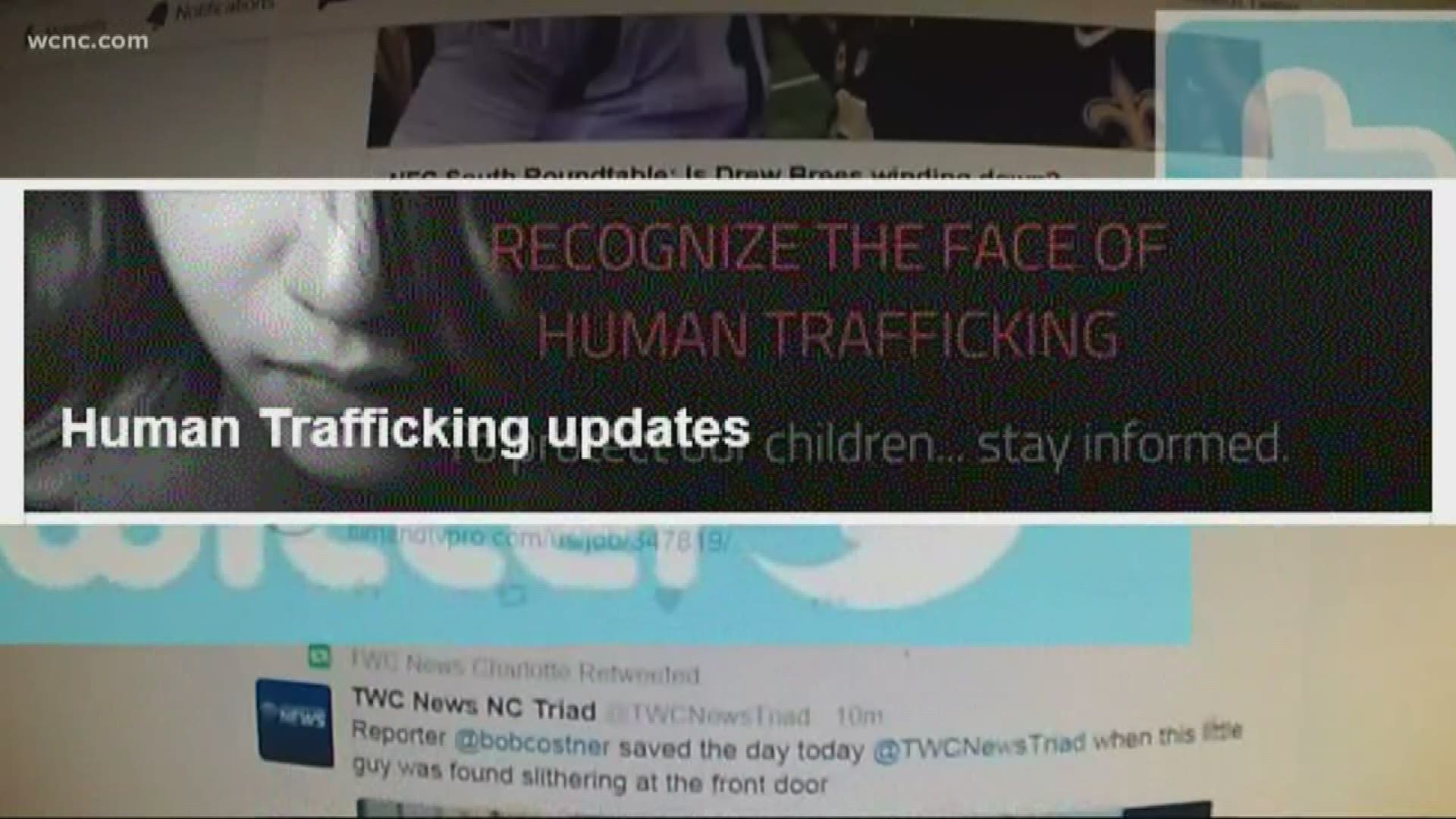 CHARLOTTE, N.C. — The Mecklenburg County Sheriff’s Office is working to put a stop to human trafficking through education.

Wednesday evening, the department hosted a community event to talk with a group of teens about the growing threat of human trafficking and ways to avoid becoming a victim.

Charlotte #1 in the state for human trafficking and North Carolina ranks #10 in the nation. The area’s major interstates and international airport help play a major factor in the trafficking growth, but law enforcement believes increased awareness could help to stop that.

“What we want to do is actually talk to the young men and women that are going to be approached, understand the dangers, understand what happens on the internet, how you can meet people out in the public and what you can do on these apps,” Mecklenburg County Sheriff Garry McFadden said.

Sheriff McFadden said social media is also one of the easiest ways sex traffickers can find their victims. But in other cases, the FBI reports the predators could also be someone you know and trust.

“There are individuals that are known to the victims," FBI Special Agent Jason Kaplan said. "They are people that they’ve developed a relationship. They have essentially been groomed."

RELATED: Human trafficking in the Carolinas: Breaking down fact and fiction

Those who work in the areas of transportation like truck drivers and airline workers are also being trained to spot the signs of human trafficking.

The Sheriff’s office hopes to host more educational sessions about human trafficking throughout the community.