A Stallings police officer was rushed to the hospital after he came in contact with fentanyl. 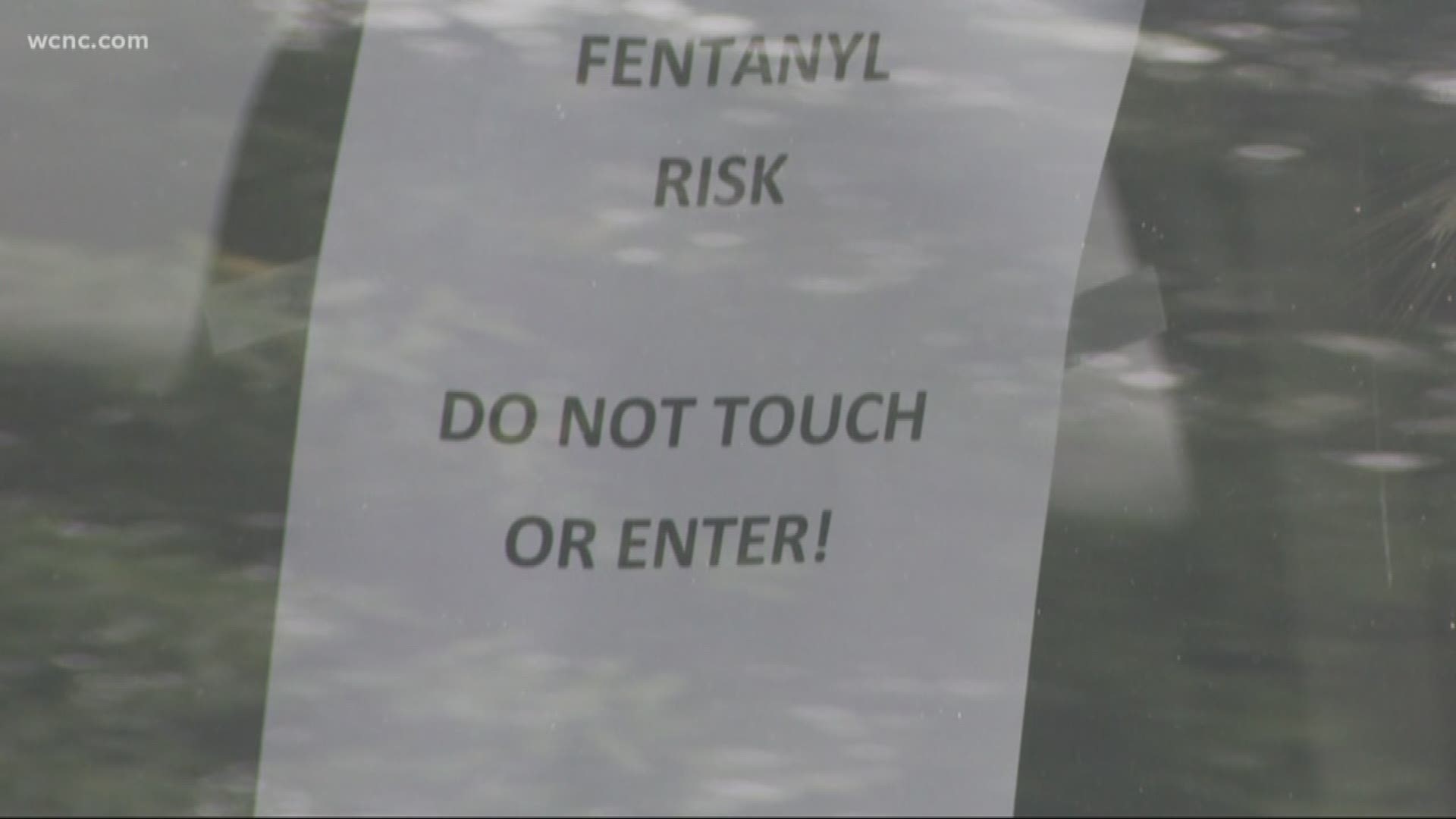 STALLINGS, N.C. -- A Stallings police officer was rushed to the hospital after he came in contact with fentanyl.

According to the chief of police, the officer responded to a car crash on U.S. 74 Sunday. While the officer was combing through the wrecked vehicle, he came in contact with a vial of pure fentanyl.

Fentanyl is an opioid that is deadlier than heroin and it's about 100 times more potent than morphine. Experts warn an amount just the size of a grain of sea salt is enough to cause an overdose.

The officer was examined and released from the hospital.

The car was towed to the Stallings police department where, as of Monday, it was surrounded by cones and caution tape. Signs taped to the car warned “Fentanyl Risk. Do not touch or enter.”