Ronnie Wallace Long has steadfastly maintained his innocence since he was convicted of the 1976 rape of the widow of a mill manager. 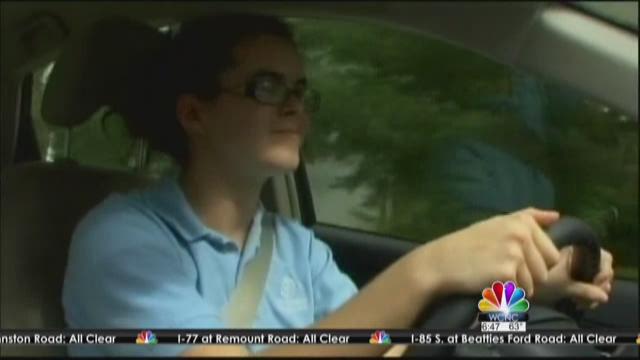 CONCORD, N.C. -- A Concord, N.C. man serving a life sentence for rape got married this morning in a North Carolina prison.

Ronnie Wallace Long has steadfastly maintained his innocence since he was convicted of the 1976 rape of the widow of a mill manager.

The verdict by the all-white jury based solely on the eyewitness identification by the victim triggered race riots as police used clubs and tear gas to clear the Cabarrus County Courthouse.

Ashleigh Ward, a former UNC Charlotte criminal justice student, married Long in a brief service at the Harnett Correctional Institution witnessed by another inmate and a prison counselor.

"He's a great man and in the process of creating awareness for his injustice I fell in love with him," said Ward in a telephone interview.

The wedding took place over the apparent objections of the families of both the bride and groom as well as several close friends, who think the marriage does not help Long's campaign to be freed from prison after almost four decades.

Ashleigh Ward moved from Charlotte to the Triangle area to work in a pizza parlor to be closer to Long and to protest in Raleigh, the state Capitol.

She sold a vehicle and visits Long weekly. She says she speaks to him daily by phone.

"You know I've sacrificed everything and put him first," she said. "You know people on the outside looking in can't understand it; what matters is that Ronnie and I have an understanding."

Long's attorneys continue to pursue legal remedies for his release including an appeal to the North Carolina Innocence Commission.