An employee was also seen handling a cell phone and then touching clean dishes without washing hands. 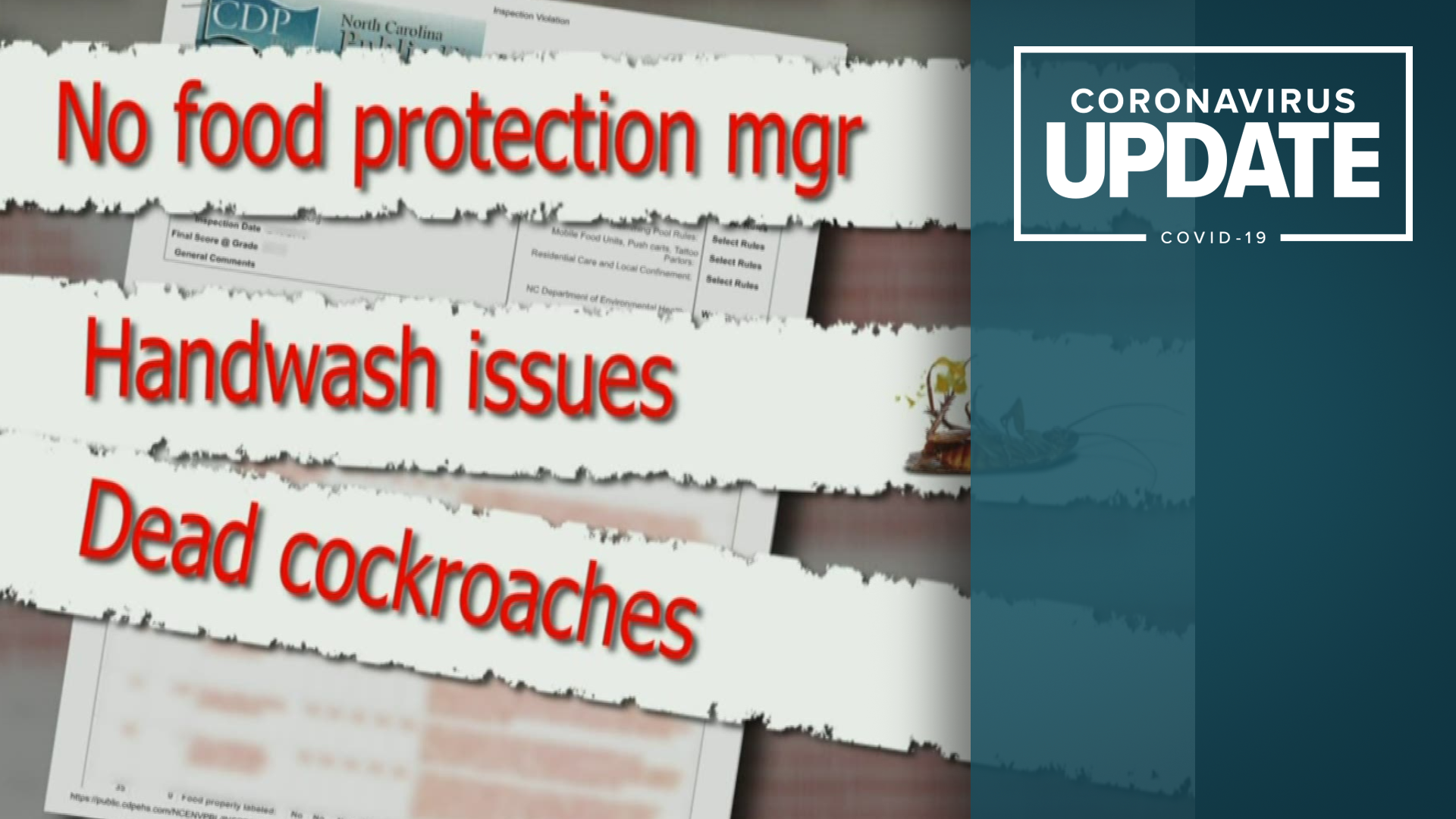 CHARLOTTE, N.C. — If you're trying to decide where to go out to eat this weekend, you'll want to be aware of some popular places with some major health code violations in this week's Restaurant Report Card.

First up this week is Bar Louie in Charlotte. They didn't have a food protection manager on-site; that's required everywhere and all the time. One employee was seen handling a cell phone and then touching clean dishes without washing hands. You know how dirty cell phones can be!

The inspector also noted several dead cockroaches near the back door. The grade at Bar Louie was 88.5; that's a B. A few days later, there was a re-inspection that raised the grade to 90.5, a very low A.

Next up this week is Umami Sushi and Grill in downtown Matthews. They had spicy crab, seaweed salad, salmon, and tuna holding above 41 degrees.

Some of their tofu, squid, salmon, and yellowtail didn't have dates. Food must be dated so staff knows when to throw it away. Their grade at Umami Sushi and Grill was 90.5, a very low A.

Last up this week is the River Buffet and Grill in University City. They had raw shell eggs stored on top of cut veggies; that stuff has to be kept separate.

Their ice machines and soda nozzles were dirty and in need of a cleaning. Their grade at River Buffet and Grill was 88; that's a B.

All the holiday movies and shows coming to Netflix in 2019