Cold foods are now supposed to be under 41 degrees, but Chili's house dressing, some milk, some salsa, and some cheese were above that and so some of it was tossed out to be safe. 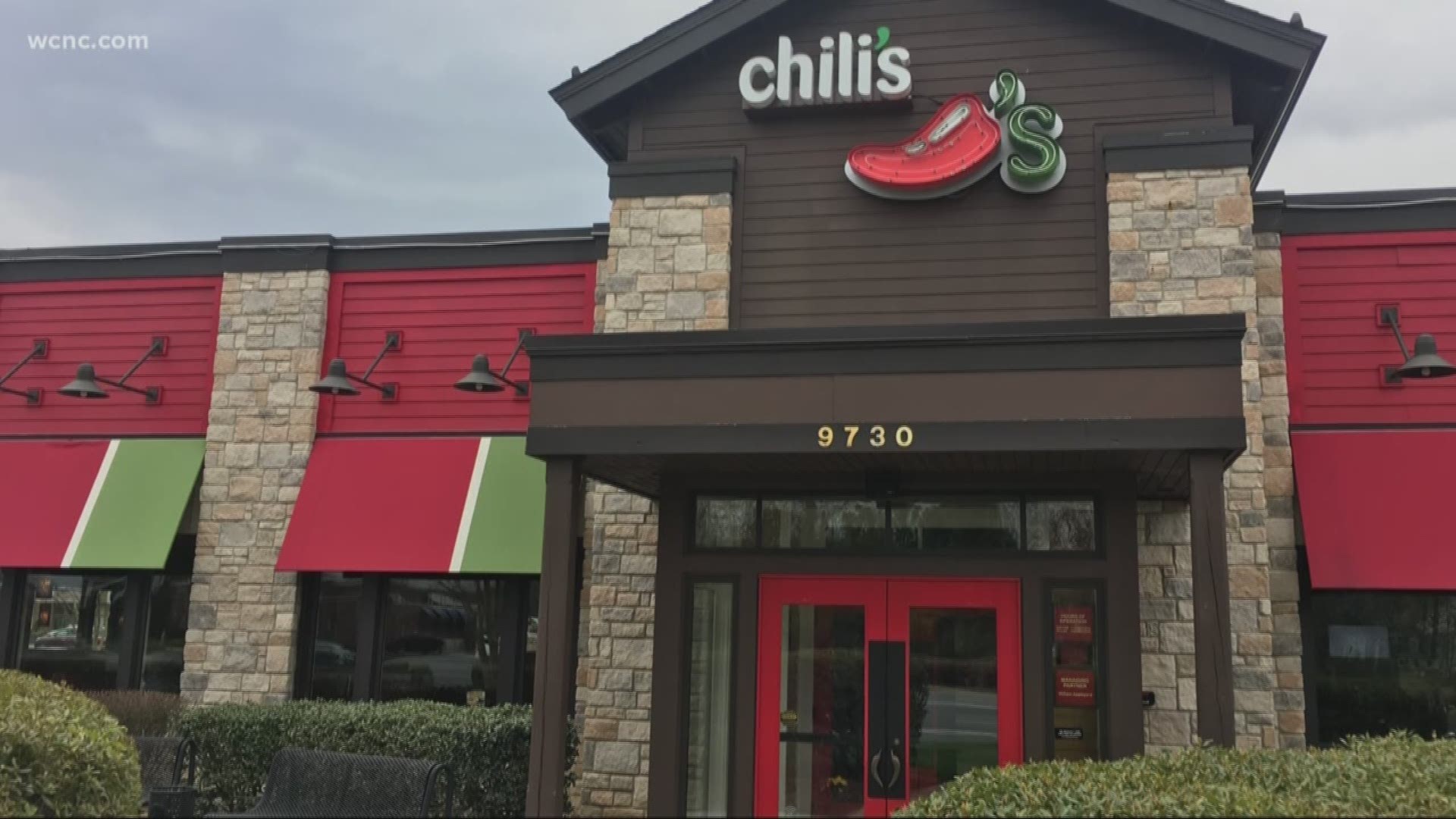 CHARLOTTE, N.C. — Some well-known names making the restaurant report card this week. One in south Ballantyne area and one in uptown.

Family-friendly chains are a great option to keep the bill down and still get a good meal. Chili’s is one of those options because they recently invested 30 million dollars into revamping their food. But the most recent inspection for the Rea Road location didn’t go so well.

The health inspector noted bowls, lids, and pans that were marked clean but were still pretty dirty. Cold foods are now supposed to be under 41 degrees, but their house dressing, some milk, some salsa, and some cheese were above that and so some of it was tossed out to be safe.

Lastly, the inspector noted some flies buzzing around. Their grade at the Chili’s on Rea Road? An 87, that’s a “B”.

Next up, the Antojitos on Milton road. They were storing raw eggs and pork right above ready to eat food, which is a big violation.

They also had lettuce, some cheese, some queso, some ham, some chicken and some hot dogs all above 41 degrees, remember, cold holding is supposed to be below 41. Some of the food was tossed out.

They also had food that was out of date, including chicken. Old chicken can make you sick, that meat was also tossed out. Their grade here? And 82, a lower “B”.

Their cooler, which is supposed to keep foods colder than 41, was sitting at 60, so potatoes, tofu, and veggies had to be rapidly cooled. The inspector noted that this is a repeat violation.

To boot, there were fruit flies buzzing the kitchen. The inspector suggested more pest control. Their grade here? A low “A” at a 91.

Those food temperature issues aren’t something to ignore. Bacteria can form when cold food gets too warm, and likewise, hot food has to be cooked long enough and well enough to kill things like e-coli.