On the Report Card this week, everyone earned B’s, even a popular spot in the Epicentre. 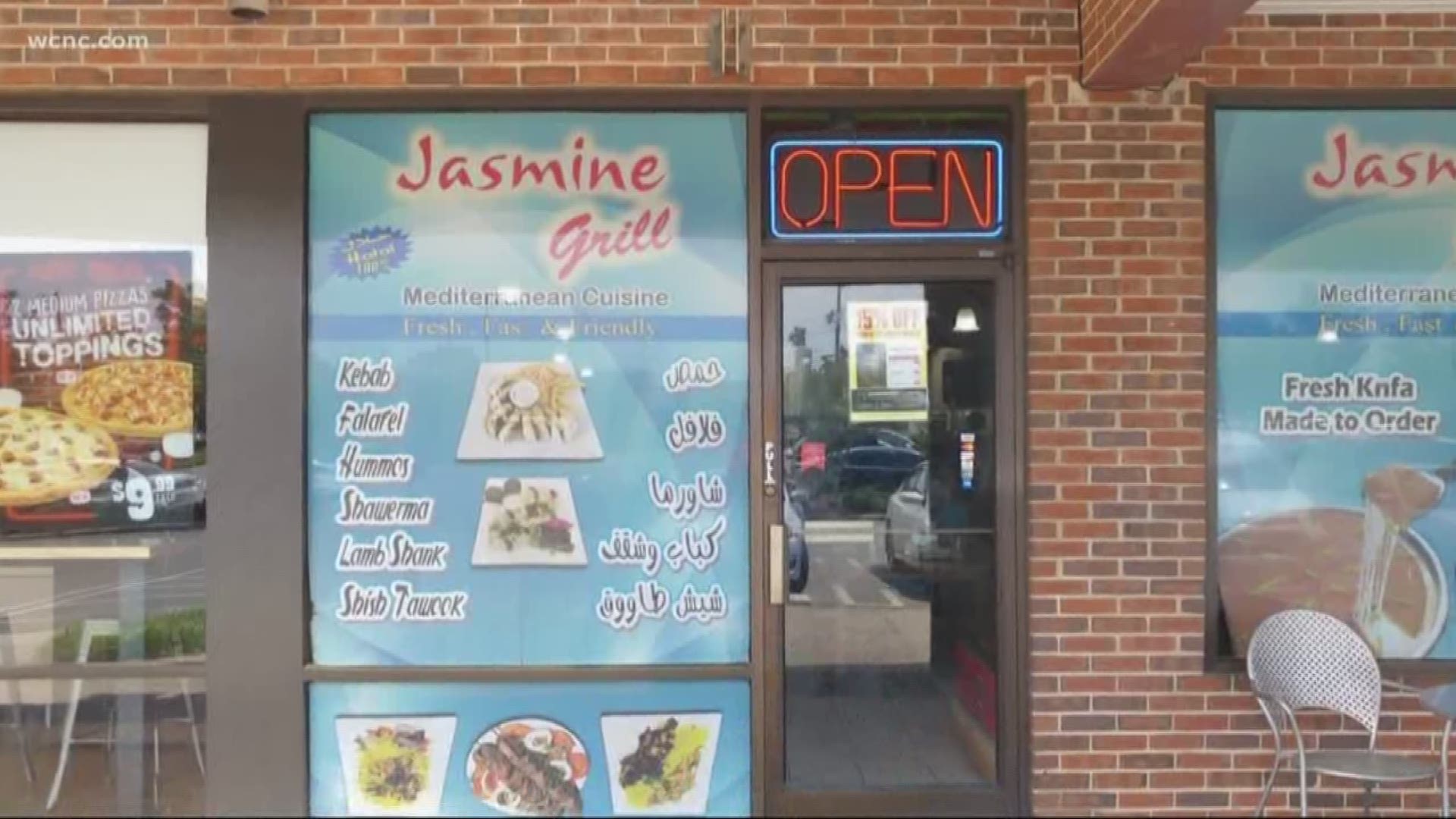 CHARLOTTE, N.C. — Consumer reporter Bill McGinty looked into a few places you might be headed out to this weekend.

On the Report Card this week, everyone earned B’s, one of them was just recently inspected but the grade did not improve.

The Jasmine Grill on South Blvd received an 87 last time they were inspected and likewise got the same score again. Why? Well, the only handwashing sink in the kitchen was blocked by dirty pots and pans.

They were also storing chicken skewers in with raw beef. Raw animal foods must be kept separate to avoid cross contamination.

The inspector noted their floors weren’t in good shape, some had tile damage. Their grade again, an 87, a “B”.

The Americas Best Wings on University City Blvd, there was food debris on plastic containers that should have been clean, same with dried food on the slicer. They had cooked chicken wings being stored as cold, but they were warmer than 41 degrees, same with the crab sticks.

They as well had a “conveying sewage issue” with their can wash basin, it wasn’t draining. The other drains were working fine though. Their inspection grade is an 87, a “B”.

Now to the Urban Bricks Pizza in the Epicenter where the inspector noted an overall lack of control in the kitchen. Employees here had to be re-trained on how to wash their hands, how long, using soap, and why not to touch the faucet after with bare hands.

There was also a black and pink build up on part of the ice machine as well as the ice chute of their coke machine. This restaurant received an 82.5, that’s a lower end “B” grade.

Remember to check the violations, don’t just focus on the grade because sometimes these violations can be two and three pages long.