"Some were filming with their cell phones, encouraging the fight, cheering and yelling." 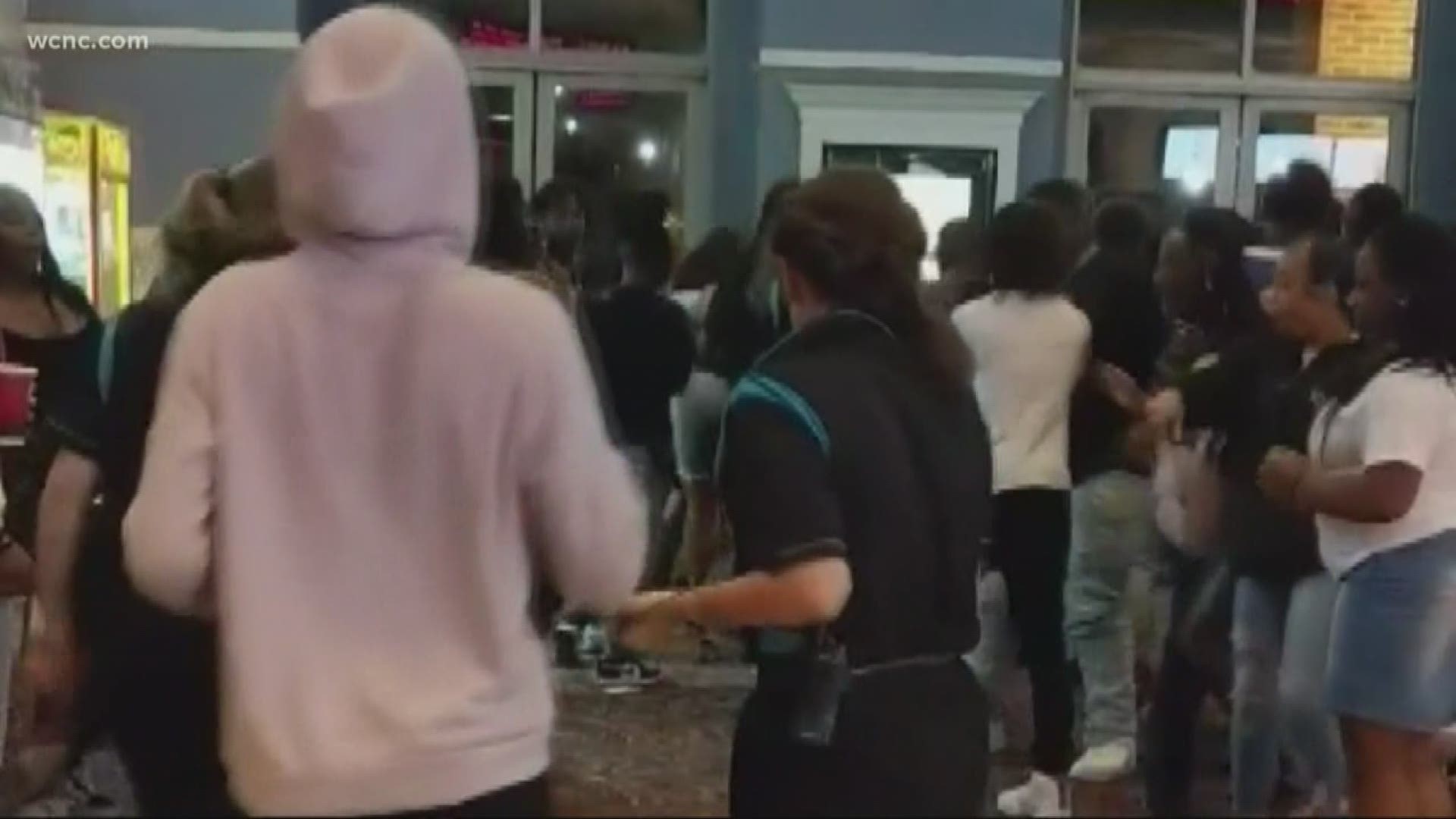 ROCK HILL, S.C. — A night out at the movies took a scary turn in Rock Hill after a fight broke out at Manchester Village.

Part of the brawl was caught on camera. In the video, dozens of people were involved. NBC Charlotte learned at least two teenagers were arrested.

According to police, the fight started outside some of the stores at Manchester Village, spilled across the fountain, then moved into the theater lobby where it was showtime.

Cell phone video from inside the Regal Manchester theater Friday night showed the brawl turning into a free-for-all.

"Some were filming with their cell phones, encouraging the fight, cheering and yelling."

While some theater employees seemed unable to get the fight under control, moviegoers got on their phones and called police.

"They were just absolutely disgusted in the behavior in there. They saw and what they had to endure."

Off-duty officers in the area responded, and so did patrol. However, when police got on the scene, they got caught up in the clash, too.

Fisticuffs would eventually lead to handcuffs for two of the teens. One of the arrests was caught on camera.

Police looked for anyone else who was part of the brawl, saying people should be able to go to the movies in peace.

"I would expect people to be able to go out and then be able to leave in that same sense of safety and well being."

NBC Charlotte reached out to the movie theater for comment:

Thank you for reaching out to Regal. The safety of our employees and guests is of the utmost importance at Regal. We are currently working with the local authorities regarding the incident at Regal Manchester – Rock Hill.