An 8-year-old Salisbury boy is recovering from severe second-degree burns after attempting a dangerous stunt he saw on YouTube. 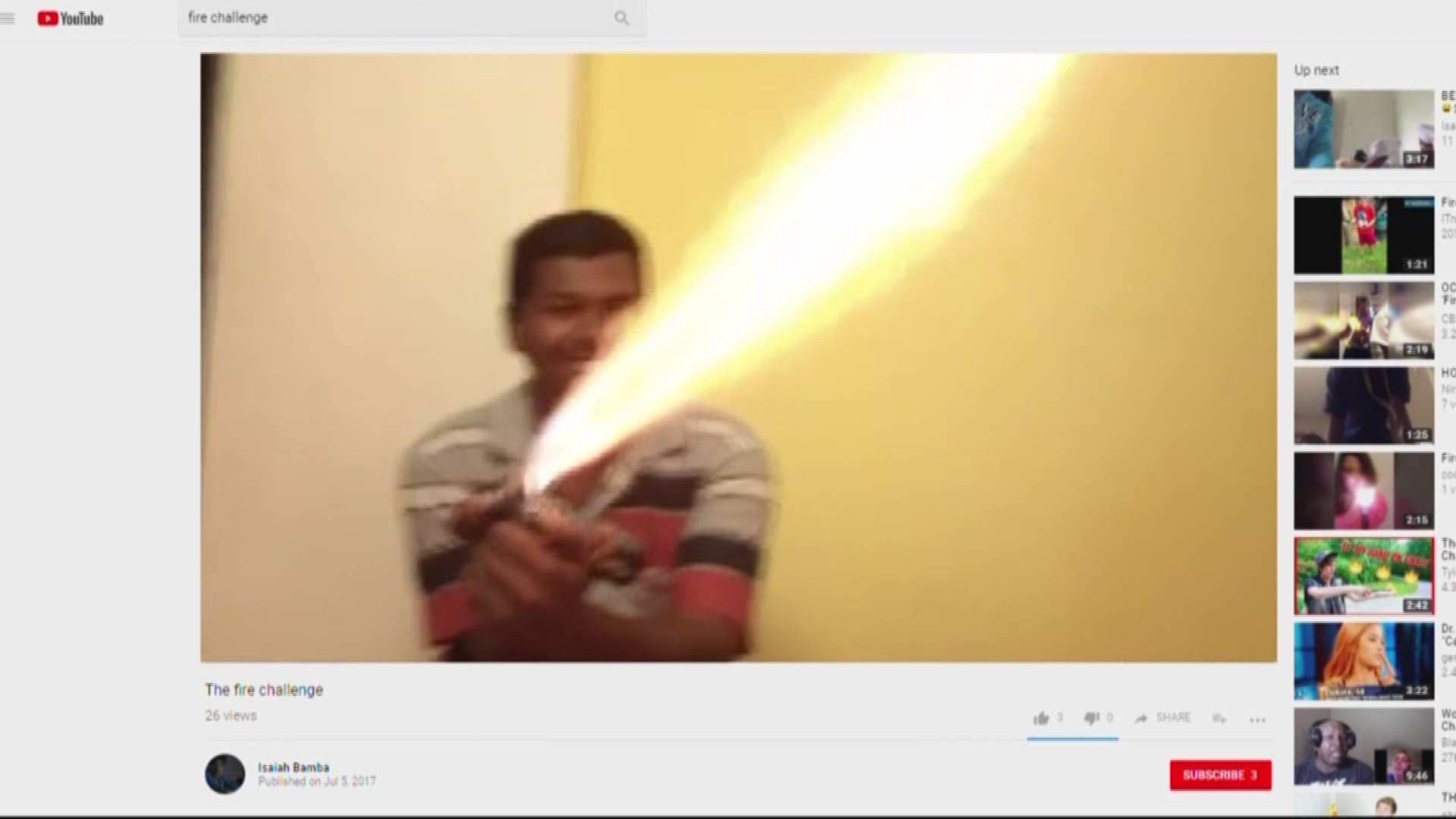 SALISBURY, N.C. -- A Salisbury boy is recovering from serious second-degree burns after attempting to light a fireball with perfume.

Police said 8-year-old Rondarius Barndhart was trying to recreate a dangerous challenge he saw on YouTube. Investigators said he saw several videos in which people light themselves on fire, or spray perfume onto flames before he and two friends attempted the stunt themselves.

“I think their thought process at the time was that they've seen the videos, and it looked kind of cool,” Salisbury fire safety educator Kimberly Boling said. “And they didn't realize that the flame would immediately go toward the clothing.”

That’s exactly what happened. Little Rondarius was immediately engulfed in flames. Thankfully, a family member was in the home and he was rushed to the hospital.

His mother Porshia, with her son’s permission, shared photos of his injuries with NBC Charlotte. Her hope is that the heartbreaking images will serve as a warning to parents and put an end to the so-called challenge.

Salisbury police spokesperson Sheila Lingle said no one is expected to face charges.

Both police and fire officials also hope this tragedy serves as an important lesson.

“One second, that's all it takes,” Boling said. “A fire will triple in size within 30 seconds. The minute you have matches, candles, lighters, laying around the house, that's just a tempting opportunity for a child to say, ‘hey let me try this out,’ and it turns out disastrous.’”

Rondarius’s mother says she expects they’ll be in the hospital through the holidays as he recovers.