While the state's unemployment numbers are the lowest in four months, some businesses are still struggling to find staff to stay afloat. 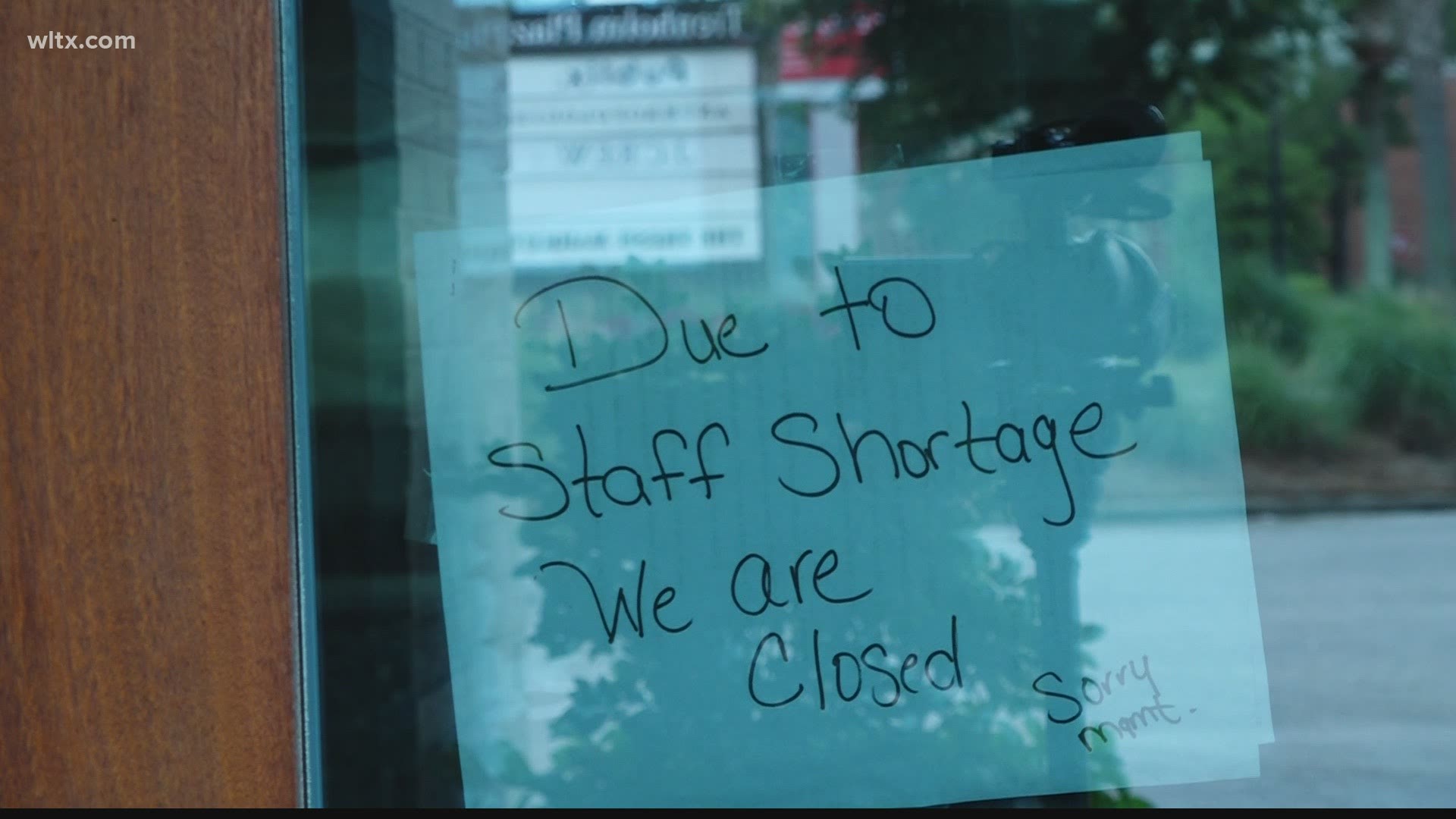 COLUMBIA, S.C. — As more and more people return to the office or to work, after a year from working from home, the state's unemployment rate continues to fall. According to the SC Department of Employment and Workforce (SCDEW), the agency is seeing more people move back into the workplace.

General Manger at Burger Tavern 77, Melissa Harden, says for the first time since reopening in May 2020, she has enough staff to operate the front of house. "I am at the point now where I am ok. I have been able to get a few staff."

RELATED: 'Service will never be what it once was': Local businesses still struggling to hire staff

She says in the last week, she's been able to hire three new staff members. "The fact I had gotten any applicants was a nice change. It's not as back-breaking or stressful on the staff because I have enough."

According to SCDEW's May survey numbers, more than two million South Carolinians are now working. That's a 14,000 person increase compared to April. This May, more than 185,000 positions have been filled compared to May 2020.

RELATED: US jobless claims tick down to 411,000 as economy heals

"South Carolina is in a much more advantage position than the nation as a whole to come out of this recovery with lower unemployment rates," Nottingham said. "We've added jobs. We're recovering. We're moving in the right direction."

Meanwhile, at BLD Diner, the 'help wanted' sign remains in place. Owner Sean Moore says he's had to close on Tuesdays because he simply doesn't have the staff. He says he's doing everything he can to combat staffing shortages.

"Pre-pandemic, our schedule was seven days a week and closed on Sunday nights," Moore said. "We've offered a sign on bonus ... and a set schedule, when people know when they're working."

SCDEW says there are thousands of positions yet to be filled across the state and right here in the Midlands, in nearly every sector. "On any given day there's 80,000 posted jobs in the state of South Carolina," Nottingham said.