A spokesperson for the state's election commission said state leaders are actively practicing ways to secure the voting system. 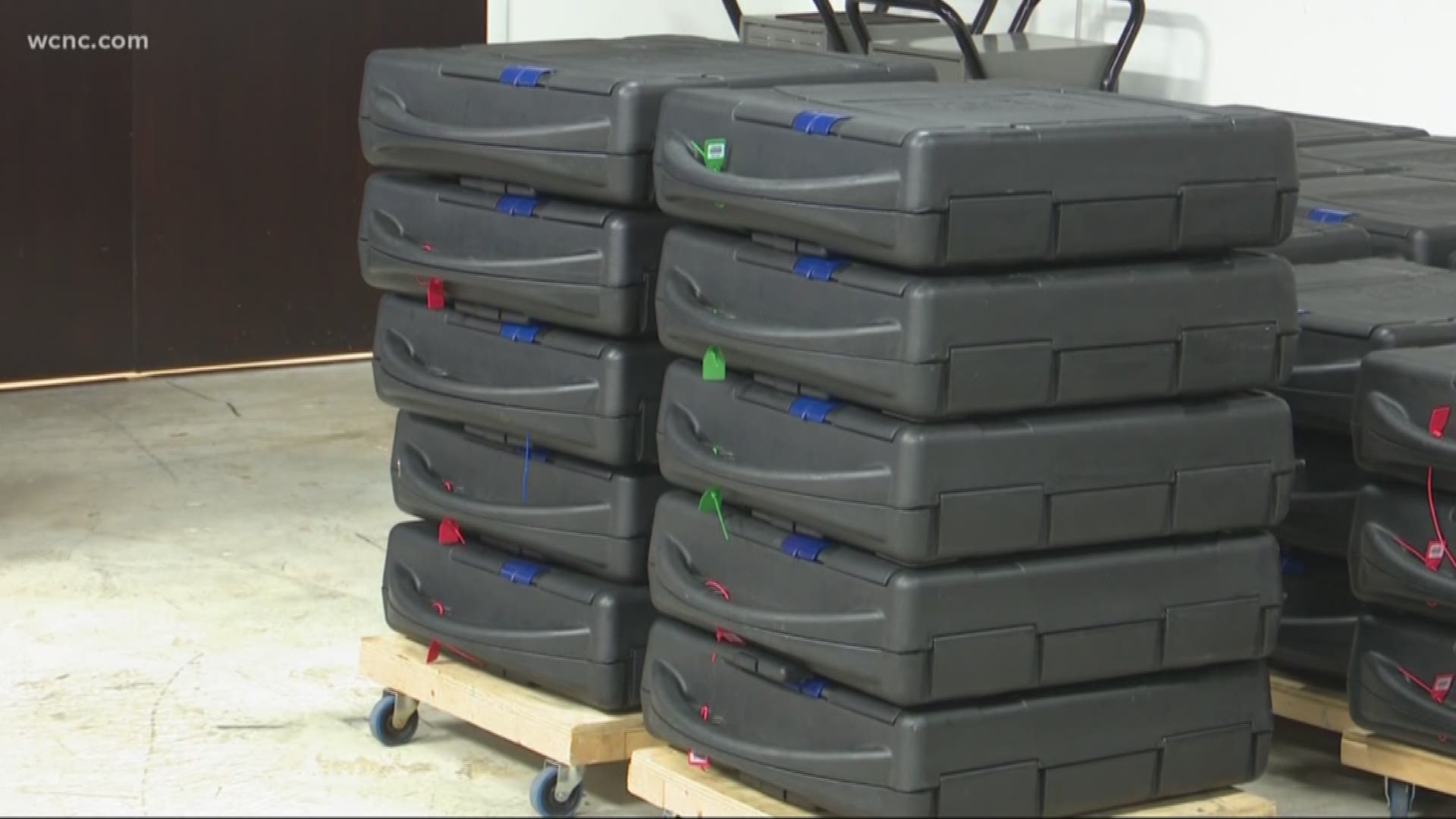 LANCASTER, S.C. -- With only six weeks until Election Day, South Carolina officials are dealing with the growing concern that the state’s aging voting machines could be hacked.

A spokesperson for the state’s election commission said state leaders are actively practicing ways to secure the voting system.

We also checked locally to see if there are any concerns of hackers on election day.

In Lancaster, officials said no but are tightening up on security just in case. Hundreds of Lancaster County’s voting machines are sealed and secured until election day on November 6.

Even Rick Crimminger, the chairman of the county’s election commission isn’t allowed to power up the machines until then.

“They’re set up right prior to the election," said Crimmininger.

Crimminger told NBC Charlotte this is all a security measure to lower the possibility of anyone sabotaging the voting system, an issue the state has addressed in the past.

According to a 2017 letter filed with lawmakers, there were nearly 150,000 attempts to gain access to the state’s voter registration system on election day in 2016.

State election leaders said the data includes mistypes of people trying to find their own voting precincts and the failed attempts were rejected by the system’s firewall.

However, two years later hacking is still a concern as some worry South Carolina’s 14-year-old voting machines could be easily accessed by outsiders.

Back in July, a lawsuit filed against the state by a former lawmaker and businessman assert that the machines are vulnerable to cyber attacks and leave no paper trail of votes in the event of a digital disaster.

“I guess that is possible but is it probable, probably not,” said Crimminger.

Yet with the possibility, Lancaster County officials are working weeks in advance to secure the polls. They’ve even scheduled a visit with homeland security for advice.

“They’re going to be looking at the machines and who has access and making recommendations,” said Crimminger.

In addition to the visit from Homeland Security, Lancaster County has also hired a third party security system to assess the machines before election day to make sure everything works properly.